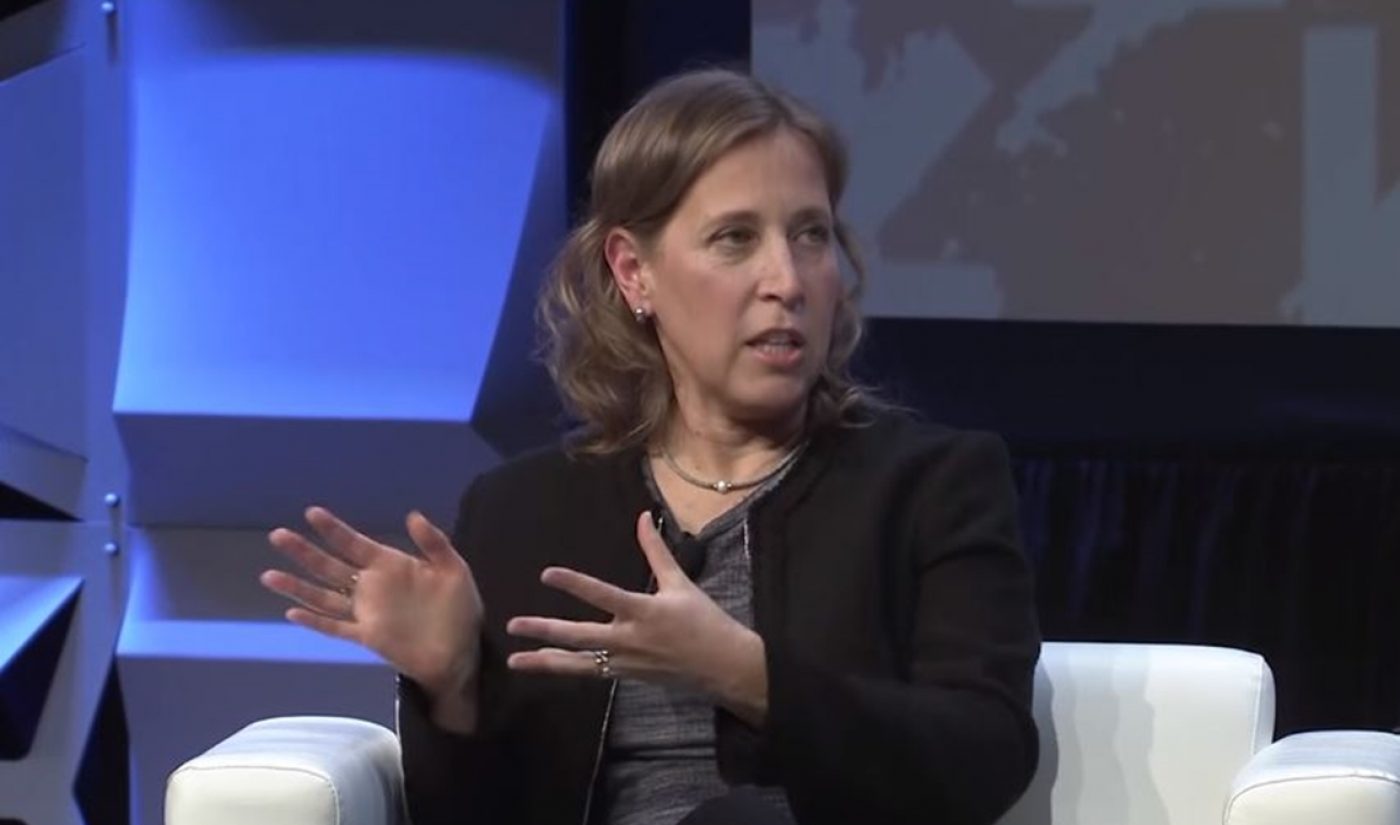 YouTube CEO Susan Wojcicki published today her fourth quarterly update letter to creators, in which she: reiterated that a forthcoming policy update will differentiate between restrictions placed on real-life violence and video game violence (without any new information), addressed concerns surrounding creator burnout, and discussed improvements made to Article 17 legislation, which places a massive copyright burden on YouTube in the EU.

In terms of new developments, Wojcicki touched on an experiment that the company is running on content “that could be considered edgy” — and matching these videos up with advertisers whose brand aligns with that tenor of programming. This represents something of a course correction in the wake of the Adpocalypse. Amid concerns about brand safety, advertisers severely restricted spend on large swaths of channels. This latest move by YouTube could increase the revenues of impacted creators whose content falls somewhere in the middle between fully family-friendly and clearly controversial or objectionable.

“As you know, yellow icons are a signal that only limited advertising can run on a particular video because of its content,” Wojcicki wrote. “We’re working to identify advertisers who are interested in edgier content, like a marketer looking to promote an R-rated movie, so we can match them with creators whose content fits their ads. In its first month, this program resulted in hundreds of thousands of dollars in ads on yellow icon videos.”

YouTube also published a video about this test on its Creator Insider channel, which you can check out below:

In her letter, Wojcicki also addressed another issue that frequently plagues creators: aggressive manual copyright-claiming of short music clips. To this end, she says that YouTube has removed the financial incentive to tender such claims, and required timestamps for all manual claims. And in another bid to help creators with demonetization concerns, she said that the company plans to expand its Self-Certification pilot program — which lets creators self-report how their videos comply with ad policies — next year to “hundreds of thousands” of creators.

With respect to Article 17, Wojcicki noted that YouTube was able to make improvements to the legislation — “in particular, securing liability protections when we make best efforts to match copyright material with rights owners,” she wrote. “This change made a big difference and moved the copyright directive in a better direction for the internet and YouTube. Now it’s up to European countries to turn the legislation into national laws.”

Finally, in terms of mental health concerns in the creator community, Wojcicki shared some stats that could sound encouraging but may not necessarily ring true for vloggers convinced they must maintain a tireless output in order to keep their channels afloat. Per data from the last six years, which she said spans millions of channels and hundreds of different time frames for breaks, YouTube’s rather rudimentary conclusion is: “channels had more views when they returned than they had right before they left.”

You can check out a video summarizing Wojcicki’s letter, posted to her channel today, below: