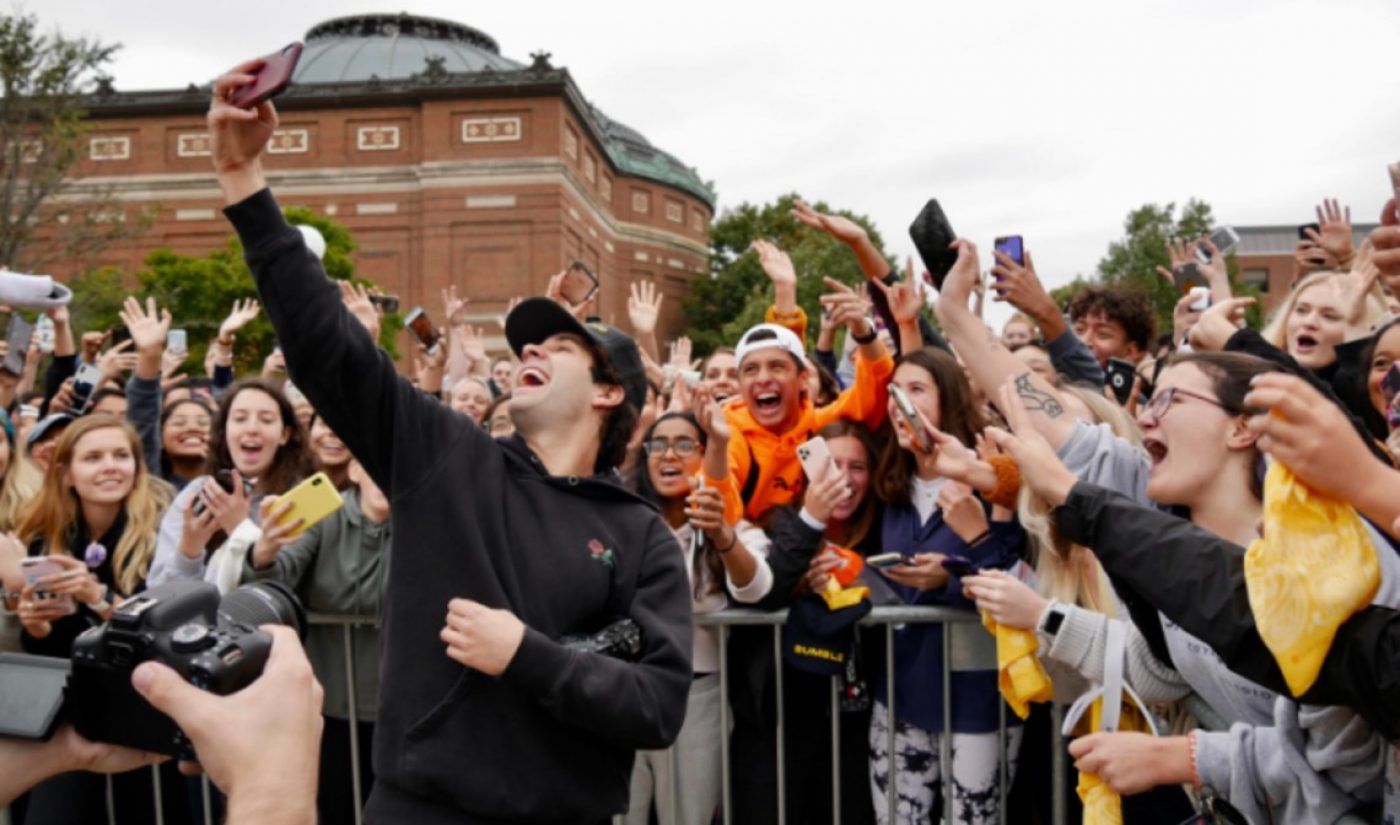 David Dobrik has already proven his unique mastery when it comes to weaving brands into his massively-viewed vlogs, and building mutually beneficial partnerships — with the likes of ticketing platform SeatGeek — that are designed for the long haul as opposed to one-off deals.

But if Dobrik is in something of a committed relationship with SeatGeek — with whom he has partnered to give away lavish gifts on camera and enact other eye-grabbing stunts — the 23-year-old has also started courting another brand partner in recent months: the women-centric dating and social networking app Bumble. Bumble, which counts 70 million users in 150 countries, isn’t exclusively a dating app (where female users must make the first move in any ensuing relationship). Its partnership with Dobrik aims to promote the fact that the app boasts both Bumble BFF and Bumble Bizz modes for finding friend and business connections, respectively.

Dobrik’s relationship with Bumble started this summer with a relatively simple premise, whereupon he launched a profile on the app and matched with one of his fans, whom he then surprised with a $1,000 check:

In the following months, the relationship has spawned different content formats — though ones that don’t stray too far from Dobrik’s well-trod shtick of surprising fans and friends with generous gifts.

In partnership with Bumble, for instance, Dobrik and members of the Vlog Squad have been voyaging to different college campuses across the country — in a custom yellow G-Wagon as a nod to Bumble’s signature hue — to surprise students with impromptu meetups and hand out Bumble merch, in addition to decidedly pricier prizes. In order to attend the meetups, students must have downloaded the Bumble app. Thus far, Dobrik and crew have ventured to UCLA, UT Austin, and the University Of Illinois.

Sponsored content is primarily being distributed on Instagram, though there has been one Bumble-sponsored YouTube vlog on Dobrik’s main channel that has garnered a whopping 9.7 million views. This marks hallowed ground for the creator, who previously told Tubefilter that he would only accept endorsements on that channel (which counts 14.3 million subscribers and regularly nabs upwards of 10 million views per upload) that amplify the quality of the content. In the vlog chronicling the UT Austin trip (below), for instance, Dobrik is joined by his assistant, Natalie Mariduena, and fellow Vlog Squad member Jeff Wittek. That video also features a scene where Zane Hijazi drunkenly recounts the success of a recent Bumble date.

According to the University Of Illinois’ student newspaper, The Daily Illini, Casey Neistat also tagged along on Dobrik’s most recent trip to the Midwest.

“We’ve been keeping up with David for a while now — since his Vine days, to be honest — and we’ve admired how he empowers his community and gives back whenever he’s able,” Bumble’s VP of marketing, Chelsea Maclin, tells Tubefilter. “We also love his core group of friends, the Vlog Squad, who have not only created more buzz around campus but have also helped us market other modes within Bumble. At Bumble, we’re always trying to emphasize that all relationships are important — not just romantic ones.”

At UI earlier this month, for instance, Dobrik used Bumble’s ‘BFF‘ friend-finding mode, while Mariduena and another Vlog Squadder, Jason Nash, used the app’s professional networking mode, Bumble Bizz, to connect with fans. The crew then gave away tens of iPhone 11s to their newfound connections — as well as $1,000 stipends to help 15 students pay for books and school supplies. In their crowning moment of generosity, Dobrik and Bumble gave one fan $15,000 after she left a note on his G-Wagon explaining that she was a “broke b-tch” who needed help paying tuition. (While that figure may pale in comparison to the more than a dozen luxury cars that Dobrik has given away with SeatGeek, it certainly isn’t chump change).

Bumble declined to comment on any granular details of the campaign, including the duration of its relationship with Dobrik or the kind of lift that it has seen as a result, but the company clearly considers the ongoing partnership to be a massive success.

“The response towards our partnership with David Dobrik thus far has been phenomenal,” Maclin says. “Students are constantly reaching out to us to inquire whether he’ll be on their campus next.” 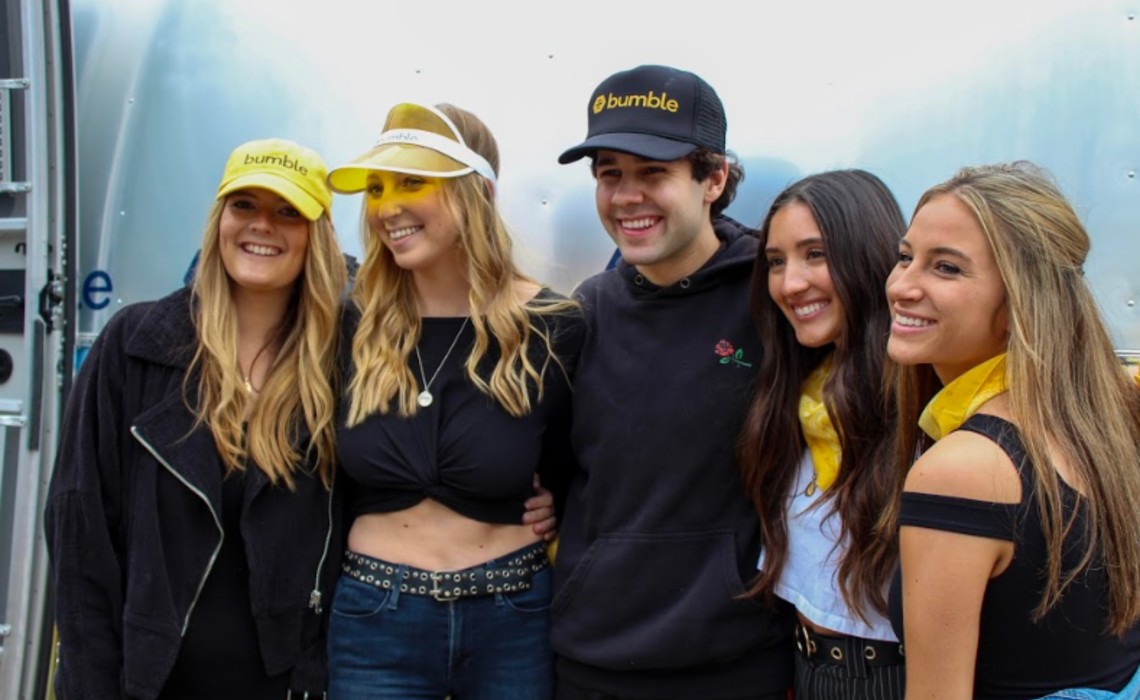