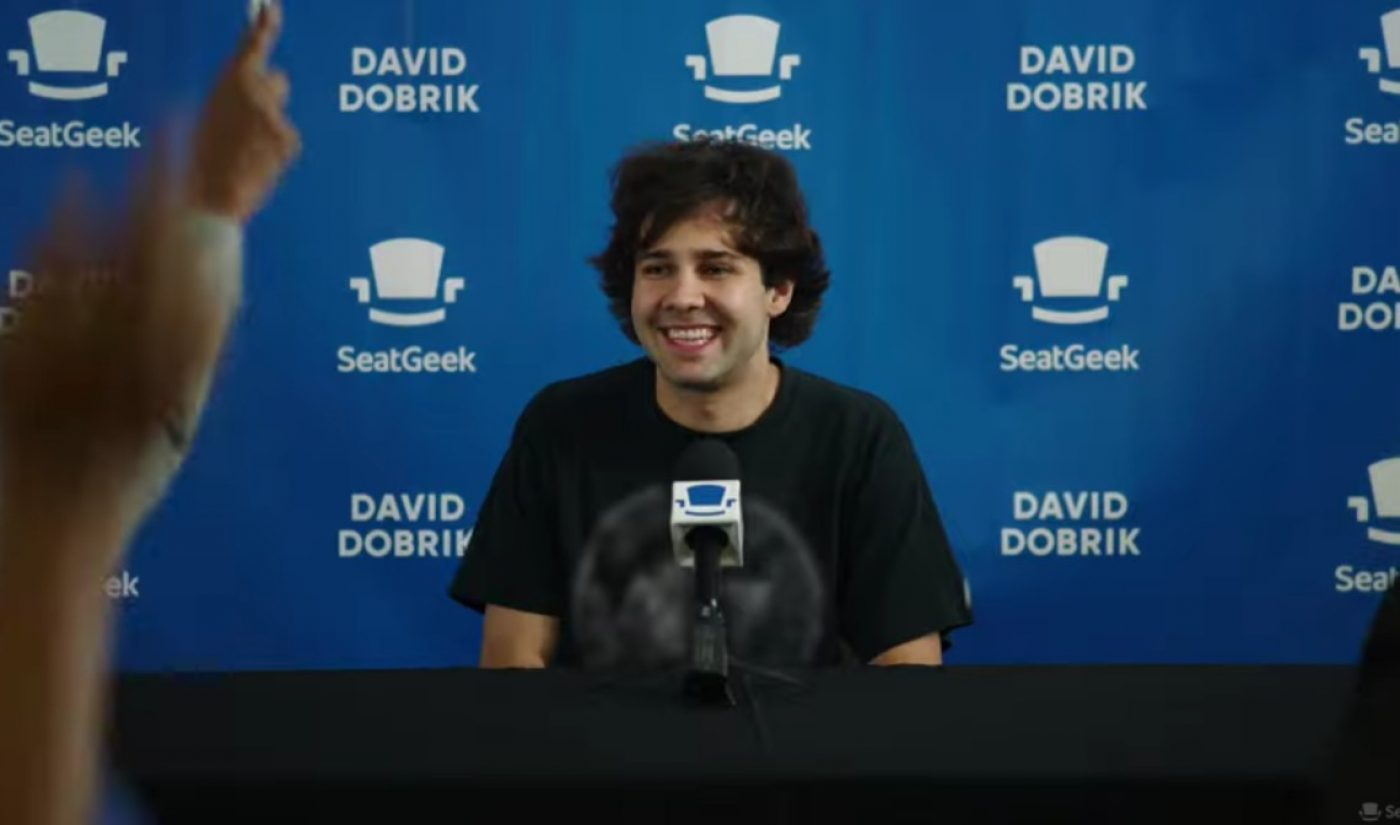 At this point, the relationship between YouTube star David Dobrik and ticketing app SeatGeek has become something of branded content lore, given its pioneering, symbiotic impact.

And now, piggybacking on this success, SeatGeek has caught the original content bug. In May, the company formed a content division called Team SeatGeek to produce consumer-facing videos speaking to its workings in the influencer space. The content — which lives on its YouTube channel as well as a dedicated Instagram page (53,000 followers) — initially served to document the company’s offline sponsorships, including the merch pop-up shops that it has hosted for Dobrik in New York and Chicago, as well as the backstage antics of influencers Cody Ko and Noel Miller at the SeatGeek-sponsored Unruly Citizens music festival in Texas.

Now, however, SeatGeek is letting the creative juices flow with its first conceptual series, whose pilot episode stars none other than Dobrik. In Postgame Press Conference, the company surprised Dobrik with a roomful of clamoring “reporters,” who peppered him with hard-hitting questions during a mock press event.

In the video, which was posted on Tuesday and has since garnered nearly 661,000 views, Dobrik divulges everything — from the current state of his love life (“when it comes around, I’ll be ready”) to his celebrity crush (Ariana Grande) to the most famous person in his phone right now (Kylie Jenner) to whom he plans to bequeath his YouTube channel when he dies (close friend and frequent collaborator Jason Nash, who appears as a reporter in the clip among the other individuals playing reporters).

“We wanted to build our own branded series,” SeatGeek’s director of influencer marketing, Ian Borthwick, tells Tubefilter of Postgame Press Conference. “We wanted to take more of a risk creatively, and see what a SeatGeek interview format looks like that made sense for the brand.” Given that press conferences are synonymous with sports and SeatGeek’s bread and butter includes vending tickets to sporting events, it seemed like a natural fit. Going forward, SeatGeek plans to make additional episodes of Postgame Press Conference with other creator partners, Borthwick says.

“Going into this year, the only relationship that we had with the influencer audience was through the influencer themselves,” Borthwick says. “But if you’re thinking about the big opportunity, we weren’t producing any content or leaning into the community. Because we built up so much brand equity through our work with Dobrik and others, we though that if we pushed into the community ourselves, we could make contact.”

You can check out the inaugural episode of Postgame Press Conference below: