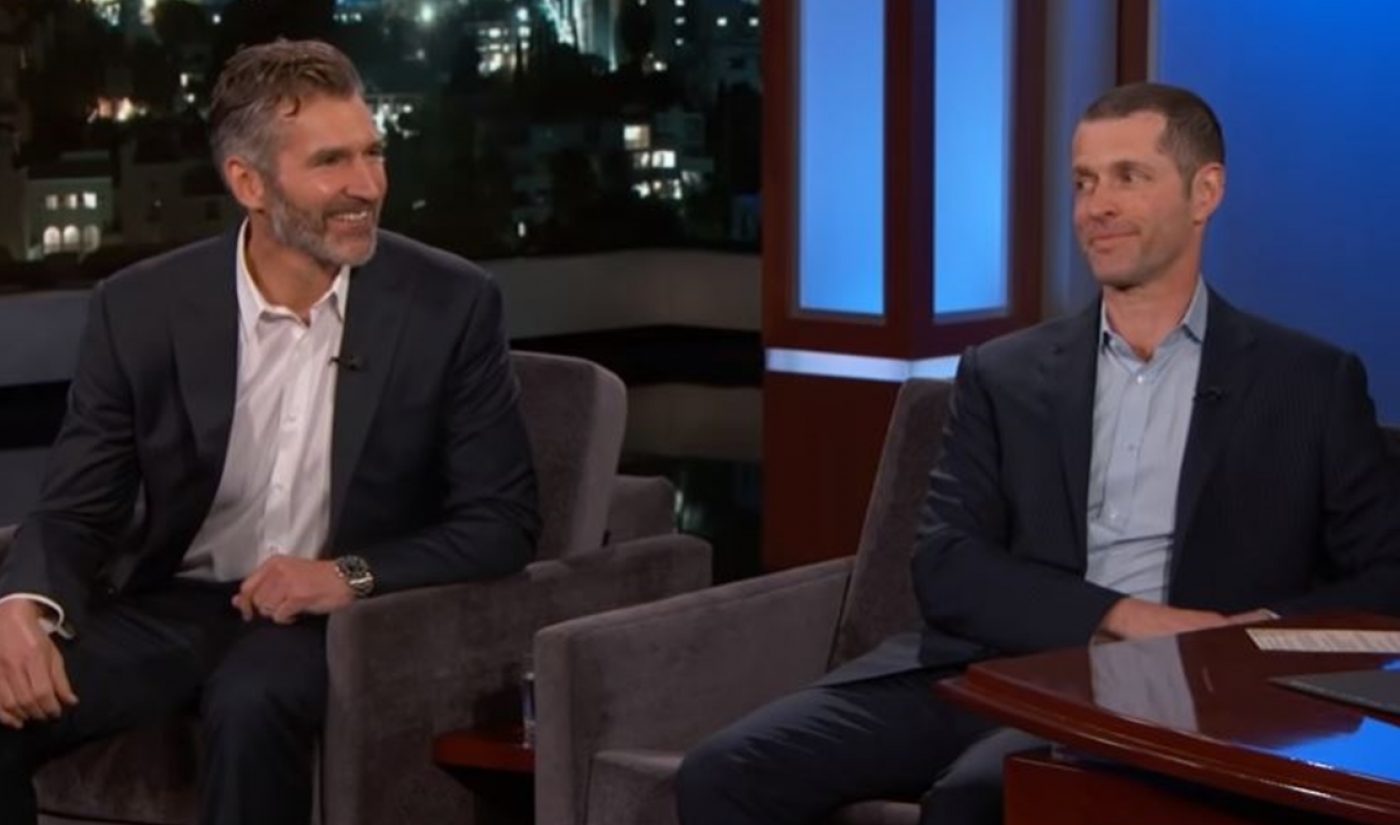 After serving as the masterminds behind one of the most popular and critically-lauded television shows of all time — its much-derided final season aside — Game Of Thrones creators David Benioff and D.B. Weiss are headed to Netflix after roughly a decade at HBO.

Benioff and Weiss have inked an exclusive overall film and TV deal with the streaming service, Deadline reports, after having been counted by a total of six studios over a three-month period. Other suitors reportedly included HBO owner WarnerMedia, Disney, Comcast, Amazon, and Apple. Deadline pegs the duo’s five-year Netflix deal at $300 million — which is comparable in price to the kinds of pacts that it operates with other TV luminaries like Shonda Rhimes and Ryan Murphy.

The deal was brokered by Benioff and Weiss’ longtime attorney, Gretchen Rush, of Hansen Jacobson Teller.

“We’ve had a beautiful run with HBO for more than a decade and we’re grateful to everyone there for always making us feel at home,” Benioff and Weiss told Deadline in a joint statement. “Over the past few months, we’ve spent many hours talking to [Netflix content VP] Cindy Holland and [original series VP] Peter Friedlander, as well as [content chief] Ted Sarandos and [original films head] Scott Stuber. We remember the same shots from the same ‘80s movies; we love the same books; we’re excited about the same storytelling possibilities. Netflix has built something astounding and unprecedented, and we’re honored they invited us to join them.”

In addition to their future Netflix works, the guys already have several outside projects on the books, including creating a new Star Wars trilogy, writing a Kurt Cobain project for Universal, and adapting the prison break drama Dirty White Boys for Fox.