The Try Guys Are No. 1 New York Times Best-Sellers With First Book ‘The Hidden Power Of F*cking Up’ 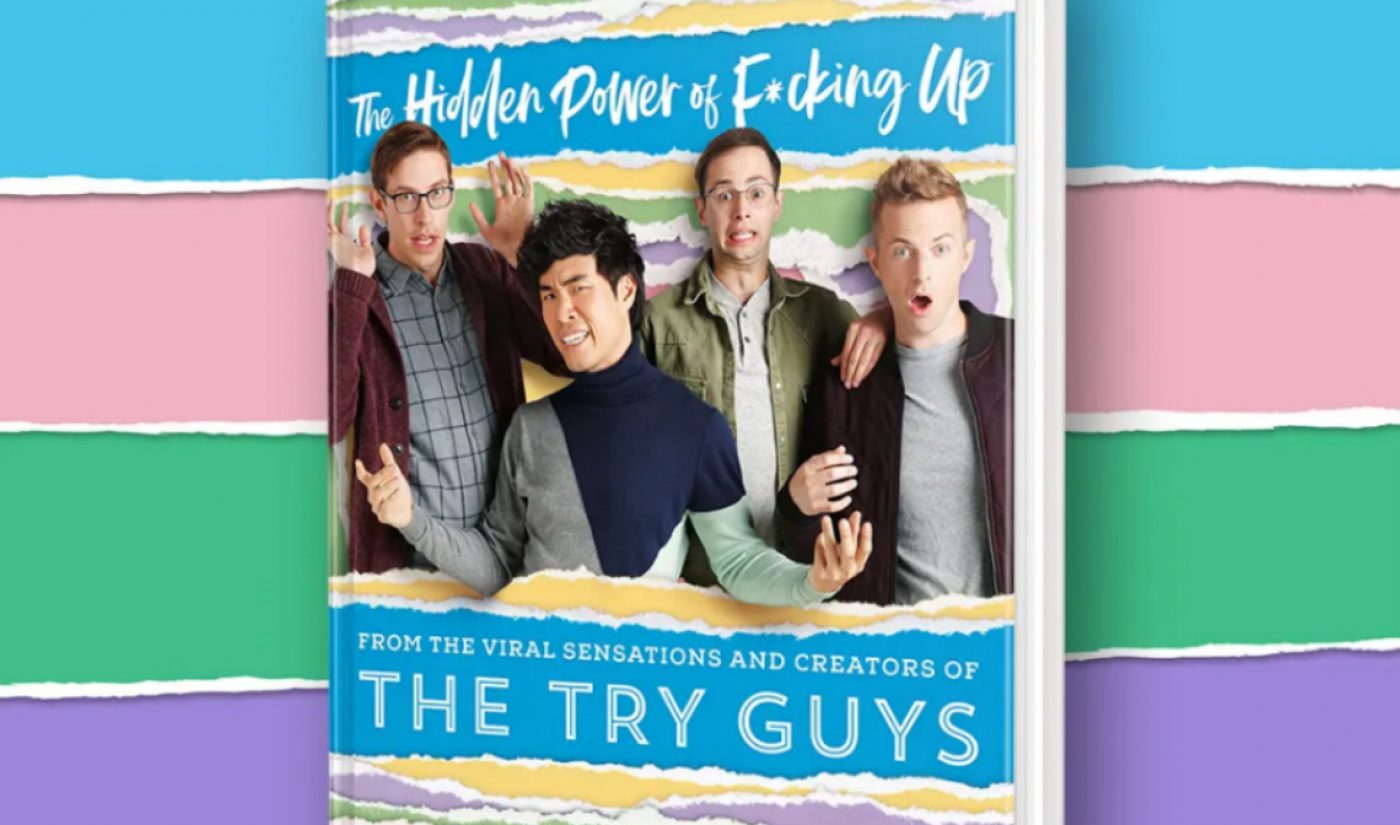 YouTube’s adventurous foursome — which counts 6 million subscribers on the platform and nets between 40 and 80 million views per month — released their first book, The Hidden Power of F*cking Up, last week. This week, it climbed to the No. 1 position in the New York Times’ self help, advice, and miscellaneous category.

“We’re #1 New York Times best-selling authors. I’m losing my mind right now,” member Zach Kornfeld tweeted. “Thank you all so much for reading our book. This is nuts.”

Together, the group (that is, Kornfeld along with Keith Habersberger, Ned Fulmer, and Eugene Lee Yang) also tweeted celebrations and thank-yous to their millions of fans.

YOU GUYS! @korndiddy‘s wildest dreams came true! We made the @nytimesbooks Best Sellers list!😭🤩 If you haven’t gotten #thehiddenpoweroffuckingup yet, you’re missing out! Get your copy today: https://t.co/IM9WhSUsJS pic.twitter.com/h0qfwM4izG

Announced this past January and published by HarperCollins’ Dey Street Books, The Hidden Power of F*cking Up chronicles the Try Guys’ personal journeys coming face-to-face with fears and failures in the pursuit of success. It’s aimed at helping you “overcome your own self-doubt to become the best, most f*cked-up version of yourself you can be,” per back cover copy.

And those who tune in to their YouTube content — where they try everything from going into labor to eating everything to getting all their bones cracked — may be pleased to know that The Hidden Power of F*cking Up also involves trying new things out. One Try Guy goes vegan, one works to become closer to his family, one becomes a fashionista, and one finally takes a chance on love.

As for what the Try Guys (who gained popularity at BuzzFeed before splitting from the company in 2018 to launch their own production firm) are trying at this moment, they don’t have long to sit and celebrate their achievement. They’re currently on their first live tour, the 20-city Try Guys Legends of the Internet Tour. Attendees at each of the tour stops will have a unique interactive experience that differs from show to show, the guys said in an announcement video in May. The tour concludes July 28 in Philadelphia.

You can check out more about The Hidden Power of F*cking Up on the Try Guys’ website.