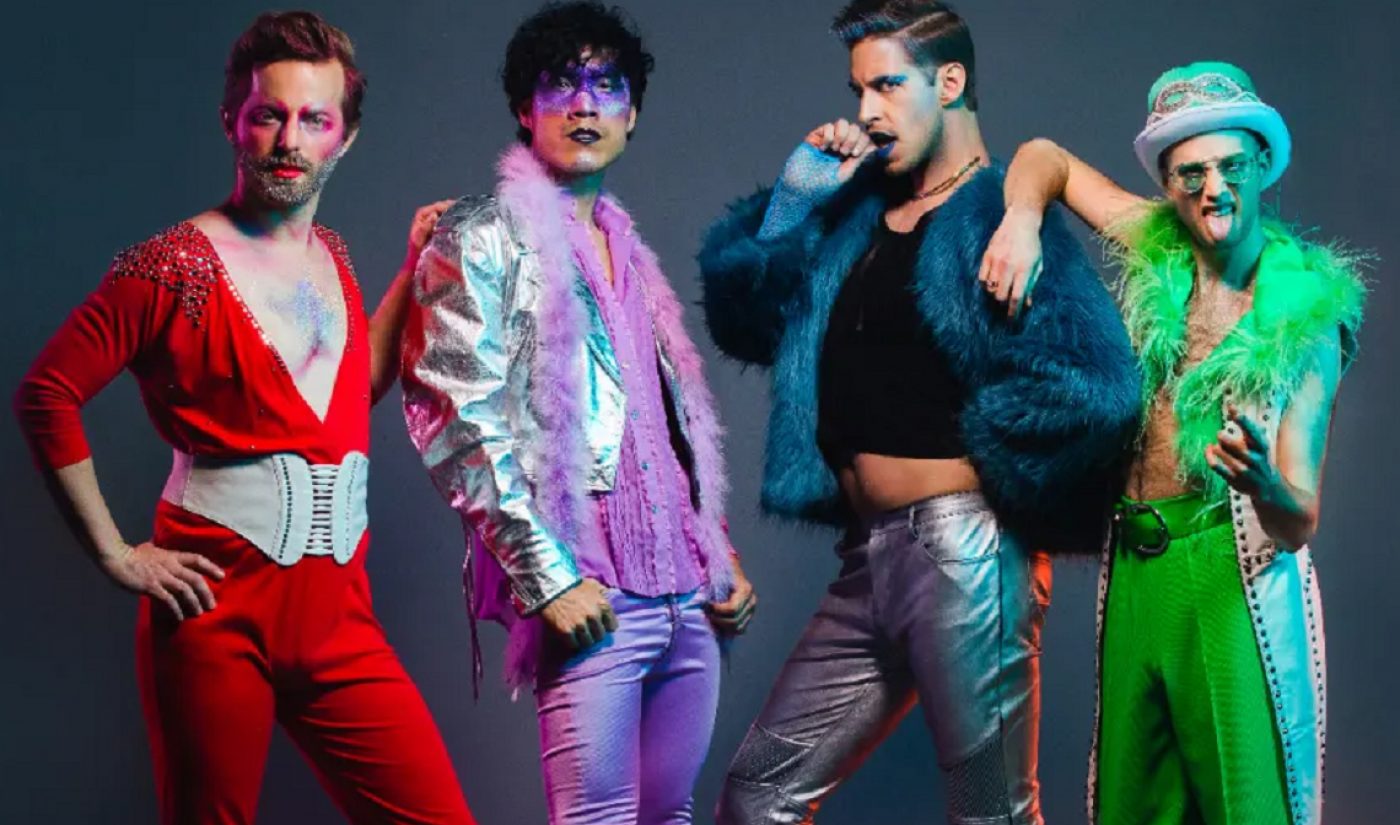 The foursome — aka Ned Fulmer, Keith Habersberger, Zach Kornfeld, and Eugene Lee Yang — hit fans with two big announcements in their latest upload this past Saturday.

First, they dropped the opening episode of their new weekly podcast, The TryPod. Then they announced their first live tour, The Try Guys Legends of the Internet Tour, will see them travel to 20 cities this June and July.

But let’s back up a second. For those who aren’t familiar, Fulmer, Habersberger, Kornfeld, and Yang got their start at BuzzFeed, where they swiftly gained a following for being willing to try things like spending a day in high heels, going into labor, and eating Trump restaurant food. In June 2018, they split from BuzzFeed to launch their own production company, 2nd Try LLC, and their own independent YouTube channel, which has since brought in 5.8 million subscribers and nearly 550 million views.

Now, they’re on to the aforementioned new ventures. Episodes of The TryPod offer listeners behind-the-scenes looks at the Try Guys’ creative endeavors, as well as glimpses of what they get up to when they’re not filming. The series is produced by Cadence13 and United Talent Agency’s podcast network Ramble.

“We’ve been testing and working on this for several months, and we’re incredibly excited to partner with Ramble and for our fans to hear more about our bizarre lives off camera,” the group said in a statement.

You can listen to the podcast’s first episode, “Sex Tapes & First Dates,” here.

As for the Legends of the Internet Tour, attendees in each city — beginning with Los Angeles on June 21 and concluding in Philadelphia on July 28 — will have a unique interactive experience that differs from show to show, the guys said in their announcement video.

Tickets for the tour go on sale this coming Friday, May 10. Prices haven’t yet been revealed, but on the tour’s site there are three ticket tiers listed: a regular ticket, a VIP meet and greet, and a premium VIP meet and greet. Regular tickets come with an assigned seat and the chance to interact with the Try Guys during the show. The basic VIP package comes with a seat in the first 20 rows, a preshow meet and greet, a photo op with the Try Guys, a tour poster, merch, a tote bag, a meet and greet laminate, and an onsite VIP hot. Fans who spring for the premium VIP package get all of the above, except their seating is in the first five rows, and they get a limited edition, autographed poster.

You can check out the Try Guys’ all-in-one announcement video (during which they also chat up their first book, The Hidden Power of F*cking Up, which releases June 18) below.