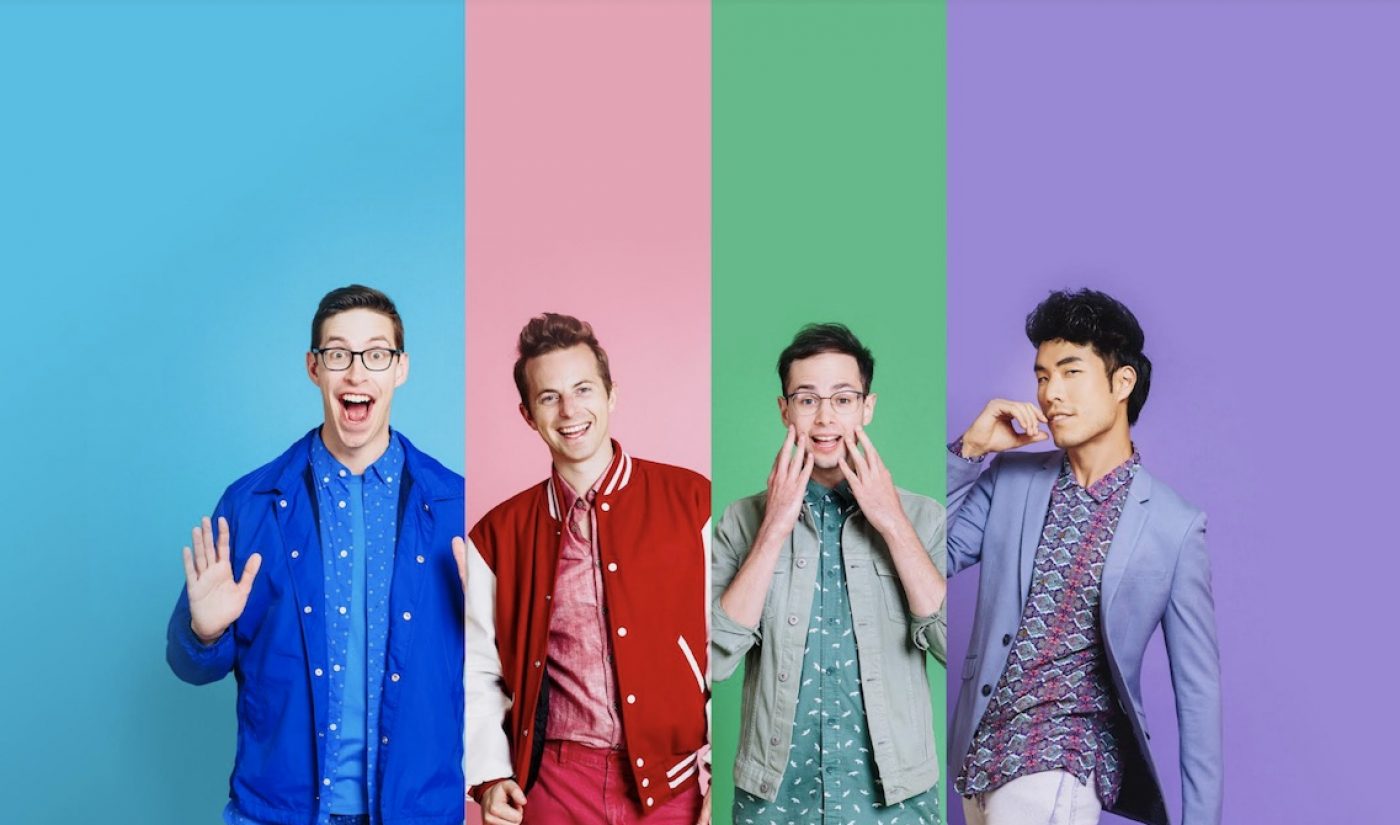 The Try Guys, BuzzFeed’s longtime foursome of viral video makers, are finally leaving the media company to go out on their own.

The group, made up of former BuzzFeed employees Ned Fulmer, Eugene Lee Yang, Keith Habersberger, and Zach Kornfeld, are launching an independent production company called 2nd Try LLC. The company will gain all rights to The Try Guys brand, including its social media presence, though BuzzFeed will remain along for the ride as a branded content and advertising sales representative.

The Try Guys formed at BuzzFeed in 2014, where they’ve received over 1.5 billion total video views as of the first quarter of this year. Their most popular video, “The Try Guys Try Labor Pain Simulation,” has more than 31 million YouTube views and over 108 million views on Facebook.

With 2nd Try LLC, Fulmer, Yang, Habersberger, and Kornfeld will work on feature films, new series, and live tours among other projects. The quartet launched their new YouTube channel just five days ago, and it already has over 673,000 subscribers and upwards of 3.6 million views. New videos will appear on their channel every Wednesday and Saturday. The first series they’ll launch is called Parenthood and will chronicle Fulmer’s experience as a first-time father.

You can watch the trailer for their new YouTube channel here, where the group promises to be “more connected” to their fans “than ever before”:

The group also launched a Patreon where they’re encouraging fans donate to help support their independent content. Donors, aka “Donorsaurs” (their Patreon page is dinosaur-themed) will receive different levels of perks depending on how much they donate. By donating $3 per month, donors gain “Ruby Tryceratops” status and get to see videos a day before they go public, access to coupon codes, and early invites to live events. The top tier, “Diamond Tryceratops,” gives donors signed props and costumes The Try Guys use in their videos and one-on-one (one-on-four?) livestreams with the group every third month.

“We’re thrilled to take this next step in our careers, with a new company serving to expand The Try Guys brand and act as a hub for our individual pursuits,” said the group in a joint statement. “BuzzFeed has been a great home these past four years, and we look forward to a continued strategic partnership as we enter this new chapter.”

In a statement, BuzzFeed CEO and founder Jonah Peretti said the company is excited to “continue to be the ‘fifth Try Guy’ with this unique partnership, as they embark on this new phase of their career.”

The Try Guys are represented by Anonymous Content, Ginsburg Daniels, and Hansen Jacobson.