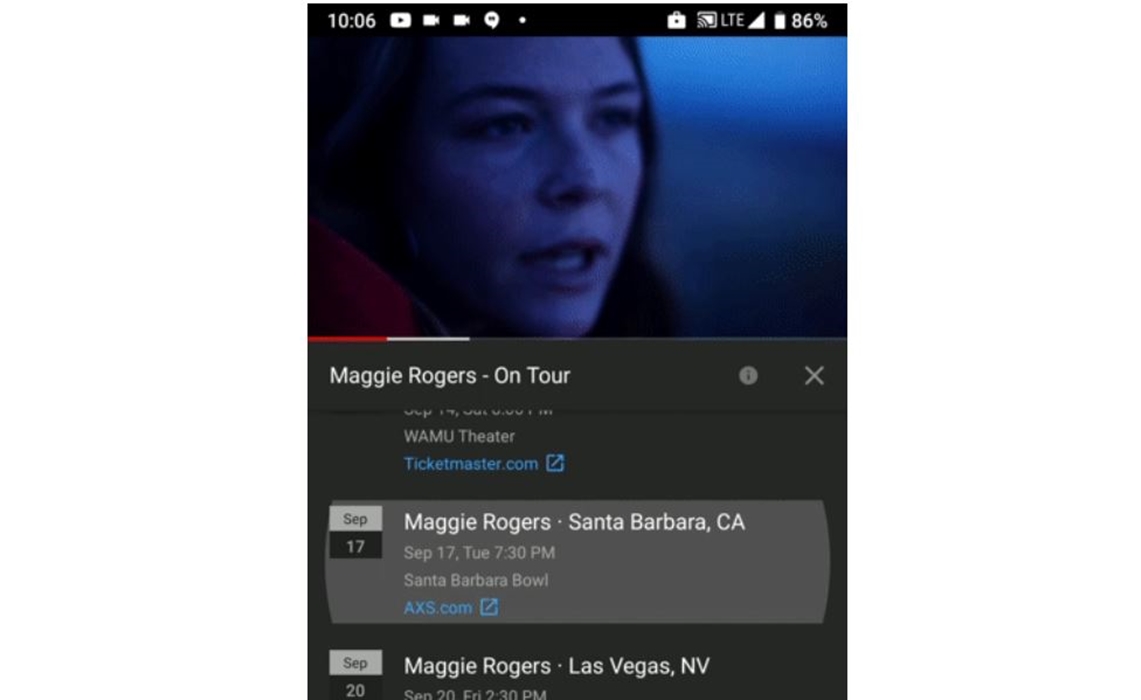 YouTube wants to help musicians on its platform vend even more concert tickets. So the video giant has forged a new partnership with ticket vendor AXS, building on its existing integrations with ticket companies Ticketmaster and Eventbrite.

Now, fans watching videos on official artist channels on YouTube will see event listings from AXS. YouTube already highlights upcoming tour dates and ticket links for upcoming concerts from Ticketmaster and Eventbrite, but viewers will now be able to click on AXS links, whereby they will be taken to the company’s website to check out. In an example shared by YouTube on its Artists blog, different dates on Maggie Rogers‘ tour, for instance, are available through each of the providers, which operate deals with venues.

AXS is the second-largest ticket provider in North America, YouTube notes, and partner to venues like the Red Rocks Ampitheatre in Colorado and Forest Hills Stadium in New York. With all three partners, the video giant now covers more than 90% of the U.S. ticketing market, it says.

“We’re excited to keep the momentum going,” the company said in a release, “as we add new artists and venues of all sizes to our list in North America and expand these partnerships globally in the future.”