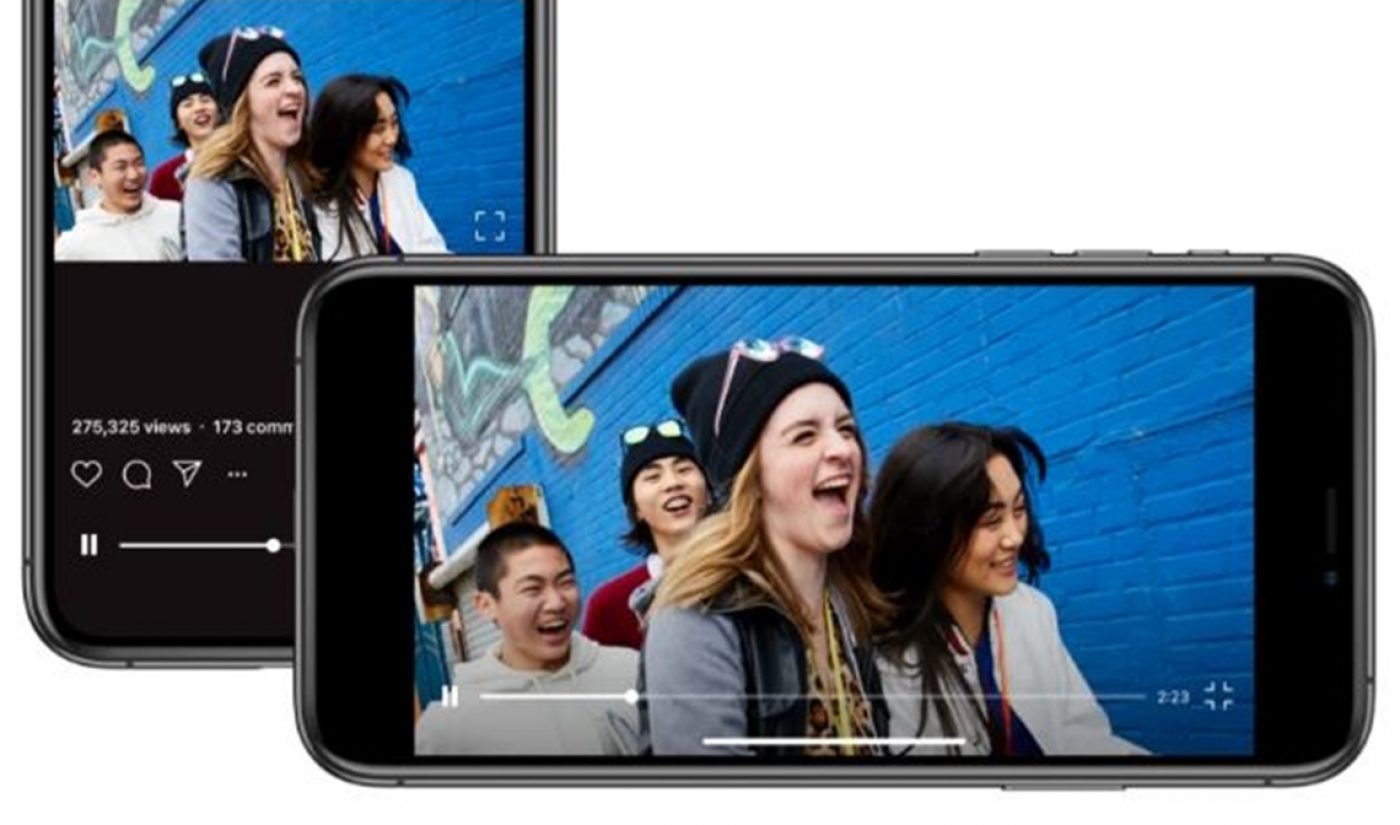 Instagram is softening its stance on one of the most distinguishing factors of episodic video hub IGTV.

The platform, which launched roughly one year ago as a YouTube competitor of sorts — albeit with vertical videos — will now let users upload horizontal videos as well. Techcrunch notes that the addition arrives after creators have been slow to migrate to the platform, given that the vertical format is tough to re-purpose elsewhere.

Landscape videos will be able to be viewed in full-screen when users turn their phones sideways — both within the standalone IGTV app as well as in the flagship Instagram platform. Techcrunch notes that creators will now be able to re-post YouTube videos — as well as other horizontally-shot clips — directly to IGTV. Despite becoming more creator-friendly in this respect, the platform still lacks a key product that is at the root of YouTube’s success: monetization.

“Ultimately, our vision is to make IGTV a destination for great content no matter how it’s shot so creators can express themselves how they want,” Instagram said in a statement. “In many ways, opening IGTV to more than just vertical videos is similar to when we opened Instagram to more than just square photos in 2015. It enabled creativity to flourish and engagement to rise — and we believe the same will happen again with IGTV.”

Other updates to IGTV in recent months include 60-second IGTV preview videos in the main Instagram feed, and a recent redesign that saw the removal of category tabs for a central, algorithmically-derived feed with a two-column vertical preview grid.