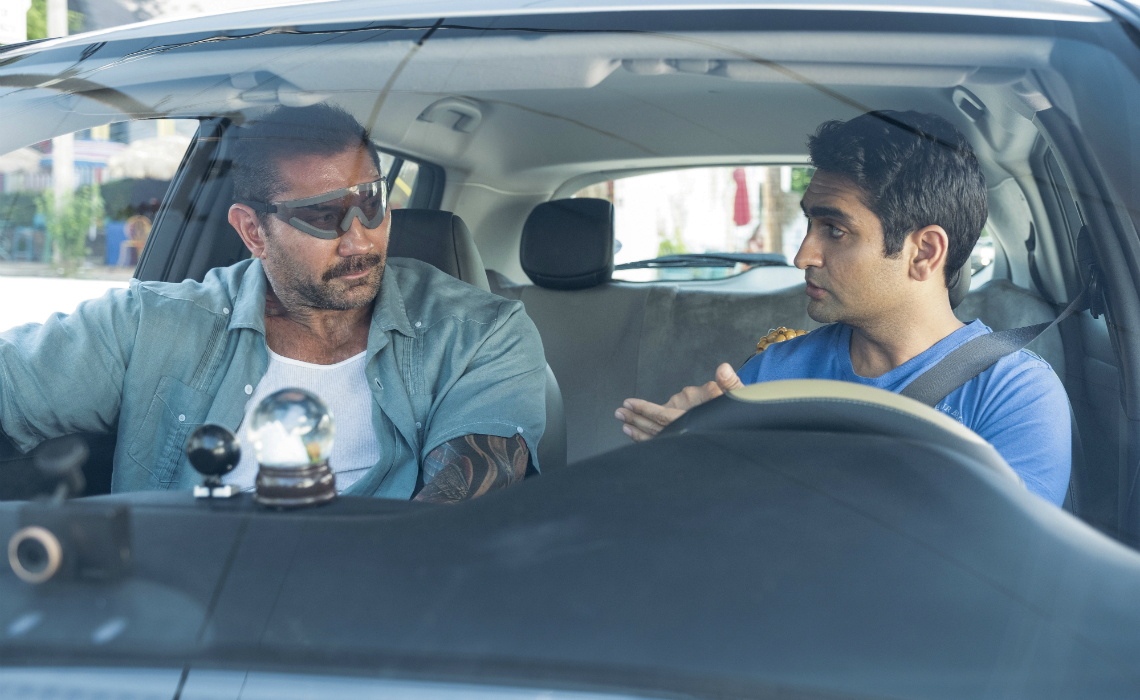 The lineup features the cast of CollegeHumor’s Dimension 20 (with special guest Griffin McElroy), YouTubers Mamrie Hart and Grace Helbig with their podcast This Might Get Weird, and an exclusive early screening of Stuber, 20th Century Fox’s upcoming comedy starring Dave Bautista and Kumail Nanjiani (pictured above).

All the above cast members will attend RTX, along with McElroy, who runs popular bimonthly D&D podcast The Adventure Zone with his father Clint and his brothers Travis and Justin. Last year, he and his family members debuted a graphic novel version of The Adventure Zone that became a No. 1 New York Times bestseller. Together, the seven D&D aficionados will play a self-contained side quest related to Dimension 20’s main school plot.

Next up is Stuber. In the film, Nanjiani plays Stu, a mild-mannered Uber driver whose day takes quite the left turn when his newest passenger (Bautista) reveals he’s a cop chasing a murderer. The film releases in theaters July 12, but RTX attendees can attend an 8:30 p.m. screening at Paramount Theater July 6.

Hart and Helbig will close out RTX’s comedy fare with a live version of their podcast. The pair launched This Might Get Weird last October, after their Studio71-produced YouTube series This Might Get… was abruptly cancelled. Their stage show will feature Hart and Helbig’s particular brand of self-deprecating humor in an effort to give audience members “30+ minutes of your day you might not hate completely” (the show’s tagline).

Tickets for RTX are available here.