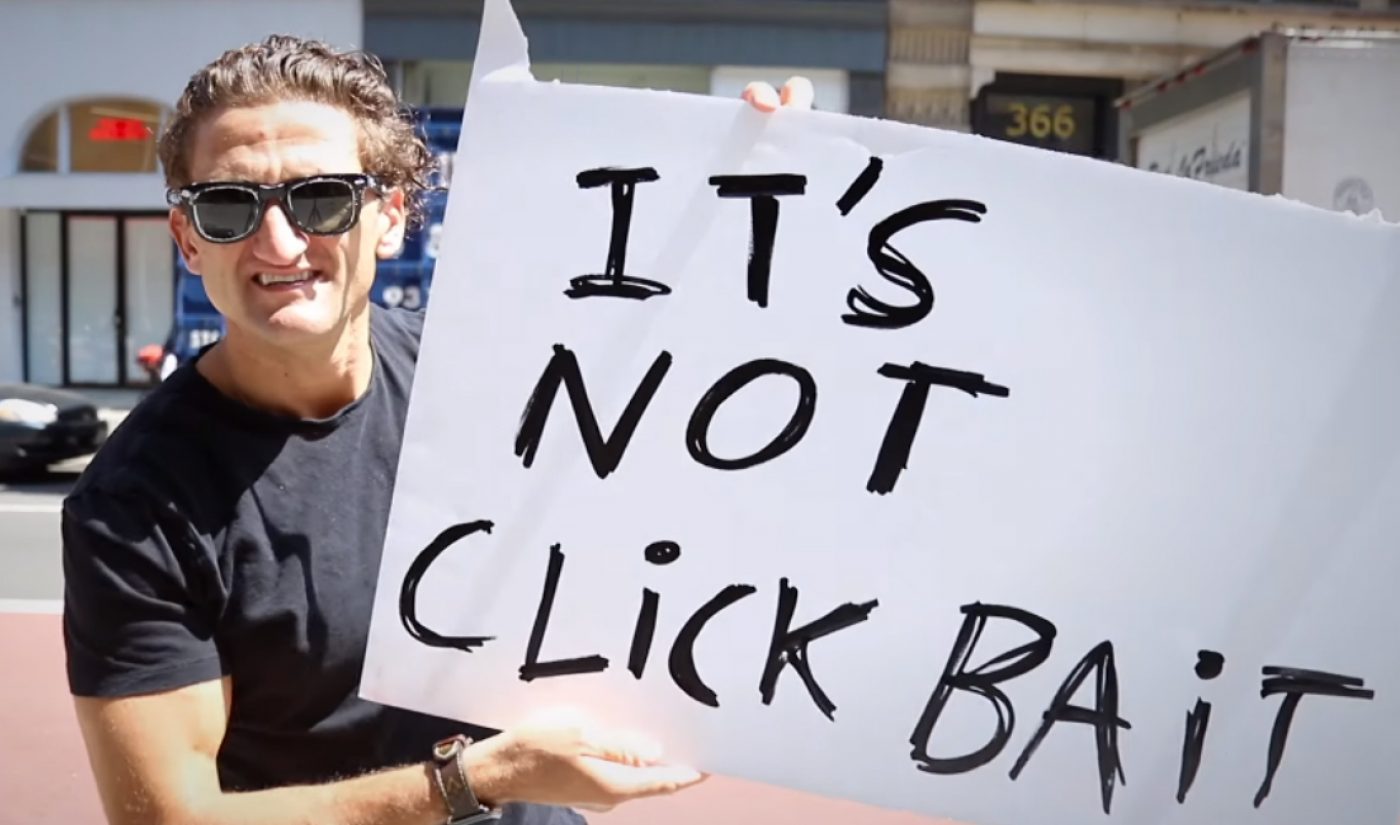 After 18 years making content in the Big Apple, the YouTuber is moving across the U.S. to Los Angeles to bring his wife and kids closer to the rest of his family, he revealed in his newest upload.

Neistat, who has 11 million YouTube subscribers, says he’s giving up his New York apartment, but not divesting from the city entirely. He’ll be hanging on to a portion of his longtime studio space, as well as the collaborative YouTuber workspace he set up at 368 Broadway as part of his ‘368’ vlogging project. His longtime collaborator, Sam Sheffer, will take over the larger half of his personal studio space, which he’s had since 2007.

“I think when you get older, your priorties are no longer about you. They become about your kids,” an obviously emotional Neistat says in the video. “And when you can stop and appreciate what you have, which is something I’m working harder to do instead of just bulldozing ahead, you can really see your priorities. And my priorities right now are giving my kids a life that includes family. And I can’t do that in New York City.”

Neistat also says the sheer effort the move’s taking is the reason his uploads have been much more sporadic lately. His move date is in mid-July, so presumably after that, when things have settled down, fans can expect him to get back to his usual weekly-at-least uploads.

You can watch Neistat’s update below.