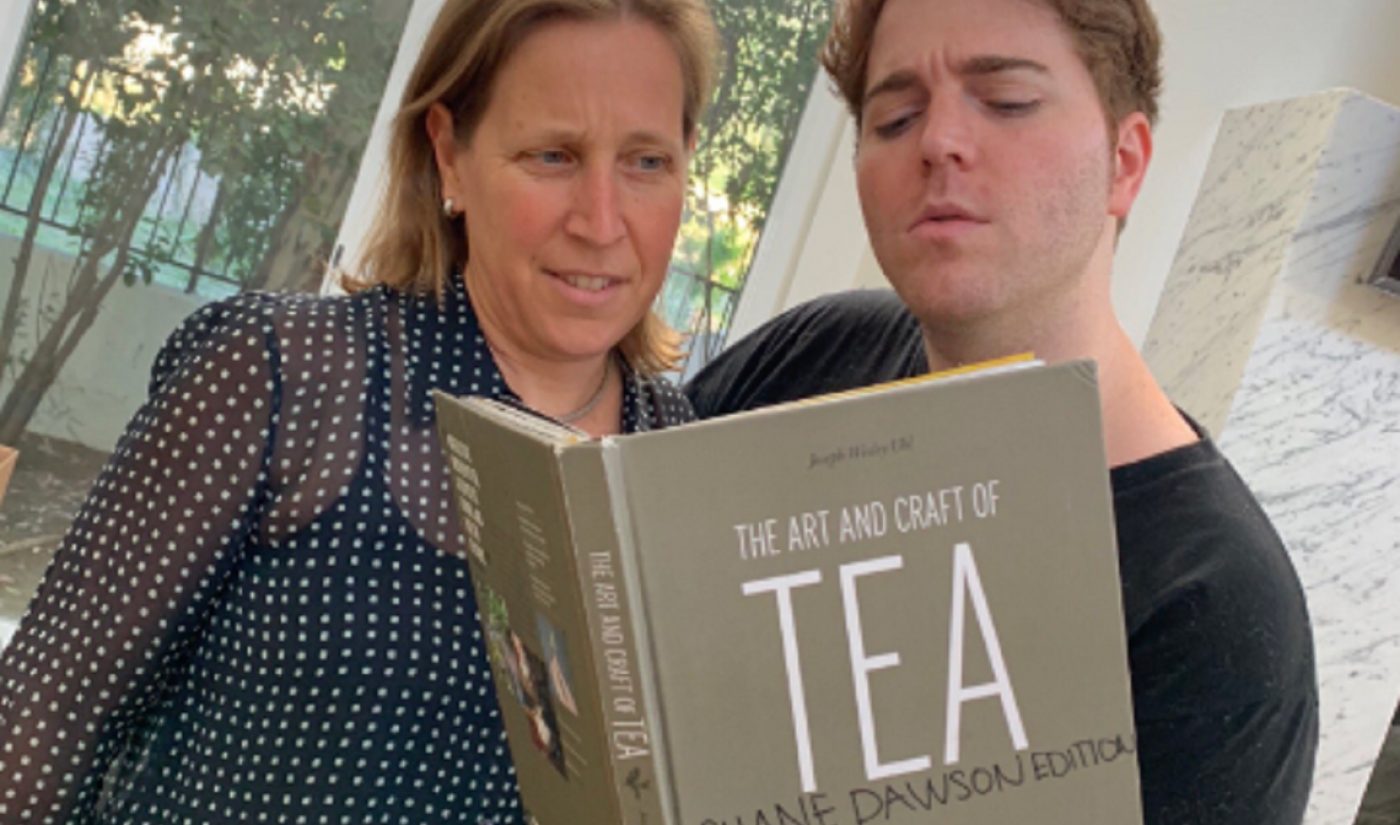 Shane Dawson and Susan Wojcicki have officially had tea.

Last month, YouTube CEO Wojcicki agreed to a “tea session” with documentarian Dawson (who has 21.4 million subscribers and regularly nets 100 million views per month) after he tweeted concerns about the veracity of YouTube’s ‘Trending’ tab. The tab is meant to display a real-time ranking of the most popular videos on the platform, but Dawson — who always has an eye out for conspiracies — said he didn’t think it actually showed YouTube’s top videos. Wojcicki responded to him on Twitter, proposing they get together this month for a meeting of the minds.

That meeting happened yesterday. But Wojcicki didn’t just meet up with Dawson — she also sat down for a separate chat with fellow YouTuber and beauty guru James Charles (16.2 million subscribers, 110 million views per month). Like Dawson, Charles has tweeted concerns about how YouTube operates, criticizing the number of days it takes YouTube’s team to manually review videos and expressing frustration over companies filing copyright infringement claims on many of his videos.

Both Dawson and Charles tweeted yesterday about their experiences with Wojcicki.

Thank you @SusanWojcicki for being so open and willing to answer my questions today. Your story of how you became the CEO of youtube was so fascinating & inspiring. Today was really special and i’ll never forget it :,) thank u for having root beer and tea with me and my friends. pic.twitter.com/6EMARYgXxa

Thanks for coming over today @SusanWojcicki 👑💞 We had a lovely conversation about YouTube, it’s creators, important issues, and some awesome ideas! 😊 So excited for the future! pic.twitter.com/9UdPGYrguU

Wojcicki promptly tweeted back at both creators, but specifically noted to Dawson that she’s looking to follow up with him about the “insights” he provided.

The tea — actually the diet root beer—was great ☕️. But the conversation and your insights were even better!! We are working to follow up. Thanks for a great meeting @shanedawson! https://t.co/bsNMjbQyXT

Was *sister super* meeting you, @JamesCharles 🙂 Enjoyed hearing your feedback and ideas for @YouTube over a pink drink together. https://t.co/bSWpWrqmtw

Wojcicki’s sit-downs come two days after The New York Times published a lengthy profile of her that also chronicled the slew of scandals YouTube is weathering. In the profile, Wojcicki said working 24/7 to address the concerns of virtually everyone, including YouTube’s advertisers and creators, is “probably not even rewarding, because everybody is angry at you all the time.

“But,” she added, “I think it’s probably some of the most important work that I will in my career, because it’s setting a standard of responsibility for the internet. I own this problem, and I’m going to fix it.”

Tubefilter has reached out to YouTube for more information about what Dawson, Charles, and Wojcicki discussed. We’ll update this story with any new information.