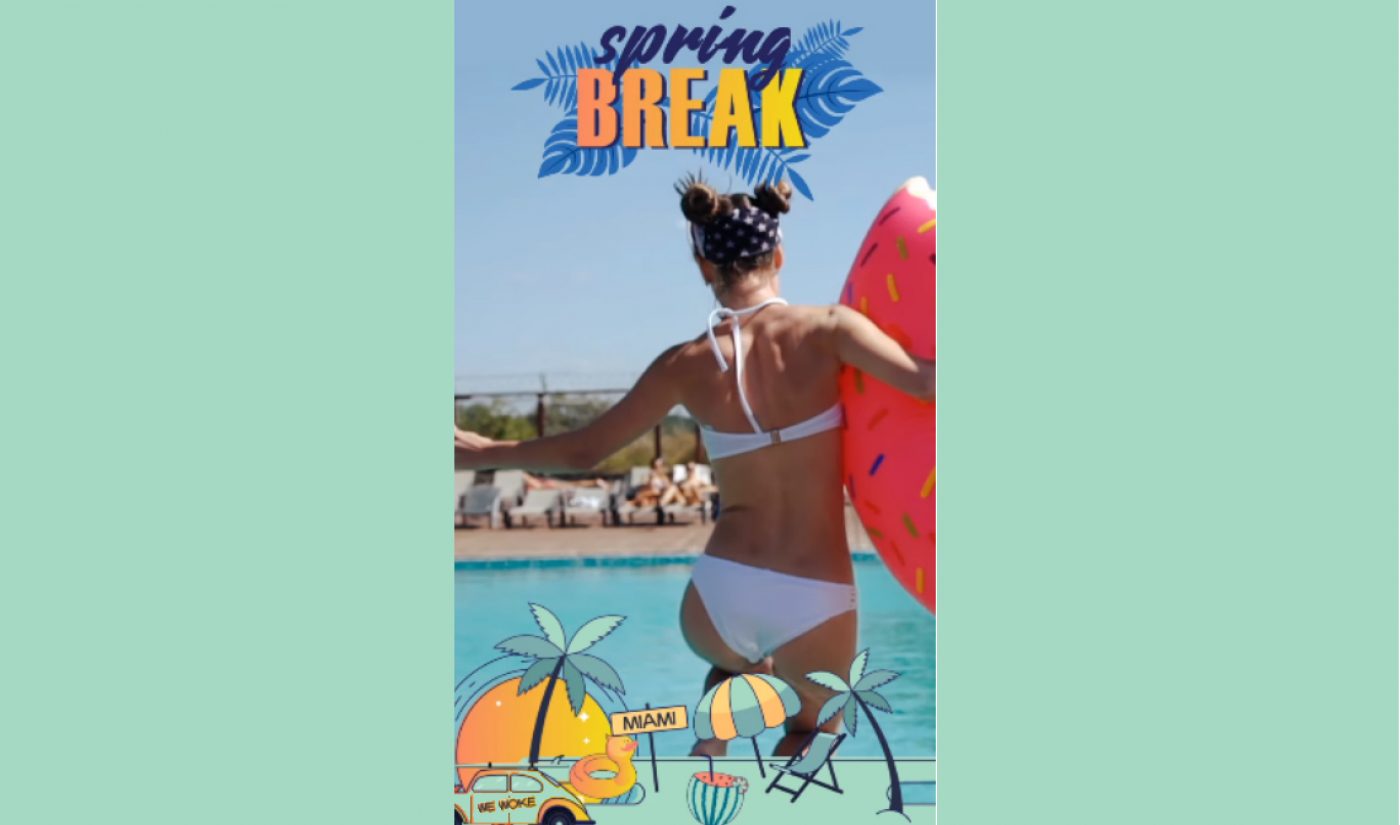 GeoGif launched in 2016 as a subsidiary of (now also defunct) location-based social network Bivid. It ran a round of funding in January 2017, but effectively shut down later that year. The details of Bytedance’s acquisition haven’t been made public, but TechCrunch reports that it acquired only GeoGif’s digital assets. (GeoGif’s founders, Dean Glas and Mendy Raskin, are both working on new projects, and told Adweek they didn’t want to become part of Bytedance.)

The assets include things like animated stickers and filters that pop up when users post videos from certain locations. That means TikTok is going to start looking a little more like Snapchat and Instagram, which both have geolocation add-ons like filters, stickers, and tags.

GeoGif also built out technology that can pop up filters and stickers based on current newsworthy events and on activities users are doing in videos.

A TikTok spokesperson confirmed to TechCrunch that Bytedance does plan to roll GeoGif’s assets into its billion-user-strong lip-syncing app. So, once the assets are wrapped into TikTok, the functionality could look a little like this: A user who goes to Miami Beach, Fla., for spring break could be offered a filter that says “Spring Break!” as well as a location-based animated sticker that pops up a beach scene complete with setting sun and dancing palm trees.

You can see those spring break assets in action in this video — apparently made by GeoGif — that TechCrunch dug up:

“We are excited for GeoGif to have a new home at TikTok, and we believe our features will be enjoyed by millions of users,” Glas said. “We will work closely to make sure it’s a smooth transition that provides a long-term positive impact for the TikTok community.”

A TikTok spokesperson added, “GeoGif and TikTok share a common goal, which is enabling people to connect, consume, and create great content. We’re impressed with what the team at GeoGif has built.”

GeoGif is one of a string of acquisitions Bytedance has made to transform TikTok into an app capable of filling some of the shortform video space Vine left when it went kaput in 2017. Bytedance acquired lip-syncing app Musical.ly for $800 million in 2017, then merged its userbase into TikTok last year. Also in 2017, Bytedance brought in another musical app, Flipagram (sum undisclosed). Then, in 2018, it bought augmented reality company FaceU for $300 million, payment company UIPay (undisclosed), and last week, it bought gaming startup Mokun Technology (also undisclosed).