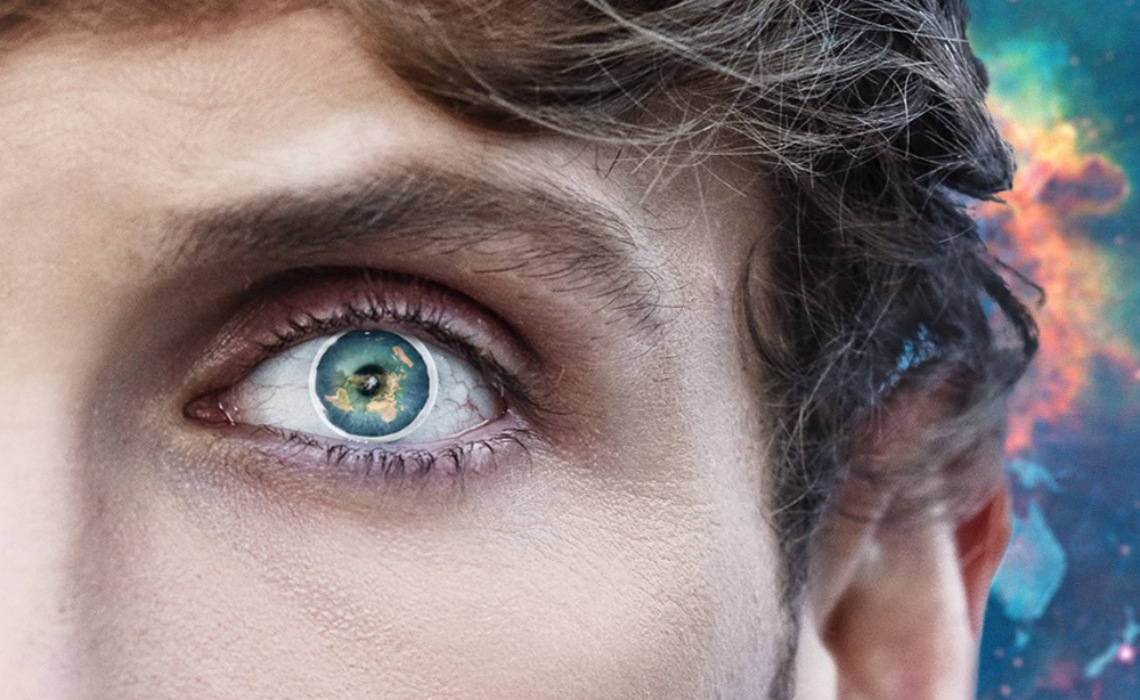 Logan Paul Investigates One Of YouTube’s Top Conspiracies In ‘Flat Earth: To The Edge And Back’

Back in November, Logan Paul drew attention when he headlined an international convention for supporters of ‘flat earth,’ a conspiracy theory that posits (you guessed it) the earth is flat and not actually a globe at all.

Now, Paul has dropped the trailer for Flat Earth: To the Edge and Back, a documentary that supposedly recounts his experiences with the people he encountered at that convention.

We say “supposedly” because it doesn’t look like Paul is taking a stab at becoming the next Shane Dawson. Instead, it appears the whole thing may be more mockumentary than documentary.

The trailer reveals that To the Edge and Back — a title reflecting flat earthers’ belief that the earth’s edge is ringed with a towering ice wall keeping us all from falling off — starts with Paul going to the convention as a nonbeliever. He interviews a number of participants, shooting exaggerated, wide-eyed looks at the camera as they explain that people only think the earth is round “because the shape of your eye is round,” and that space and other planets aren’t real.

But the documentary’s storyline takes a turn when Paul meets a pro-flat earth girl. “I didn’t know any of this stuff before I came here,” he says, lying out under the stars with her. Snapshots show him in showy fights with longtime friends and collaborators like ‘Dwarf Mamba,’ who smacks him with a pillow and yells, “You are not becoming a flat earther, for real.”

Footage of Paul onstage at the convention covers him telling attendees he thinks he’s “coming out of the flat earth closet,” before the trailer cuts to the film’s title card.

Paul’s decision to make flat earth the focus of his production is likely because it’s one of the top circulated conspiracy theories on YouTube. In November, YouTube algorithm developer Guillaume Chaslot said flat earthers are “the canaries in the coal mine,” indicating how dangerous YouTube’s recommendation algorithm can be when it’s helping to spread information that’s not factual. And most recently, a study out of Texas Tech University found that the majority of people at flat earth conferences confessed they’d been turned on to the theory by YouTube videos– even though some had originally looked up videos to make fun of them for scientific inaccuracies.

To the Edge and Back is produced by Paul’s company Maverick, and is set to debut March 20. You can watch the trailer below.

Jake Paul To Discontinue ‘Uncut’ Docuseries Because It “Became Too Real”