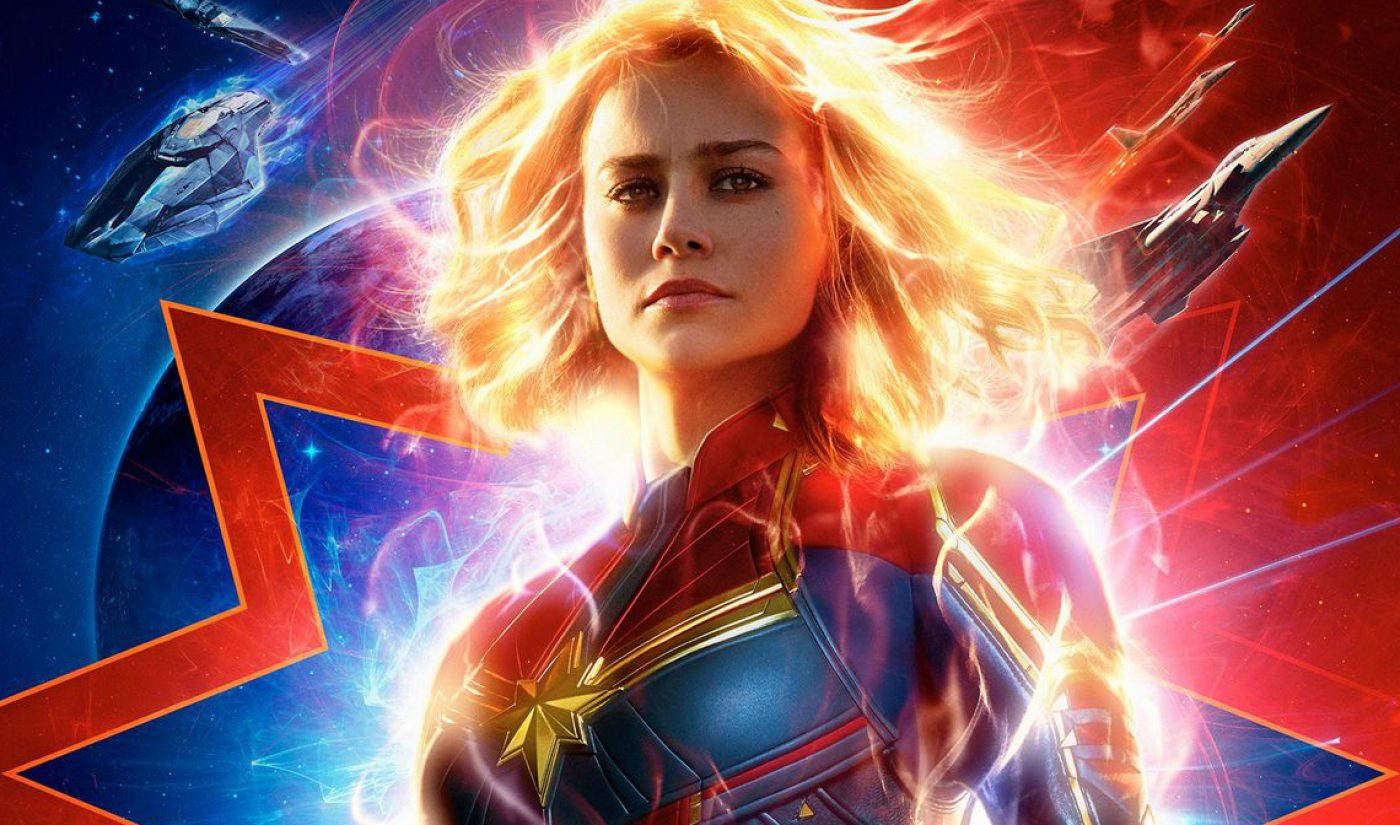 How? Well, during an interview with Marie Claire, she said she’d noticed the majority of people who interview her during press runs are white men. So, she’d made the decision to ask for her press runs — beginning with Captain Marvel’s — to involve more women and people of color.

Larson’s comments were met with widespread vitriol. Notably, users on review site Rotten Tomatoes filled Captain Marvel’s page with derogatory comments accusing Larson of being sexist against men. They also purposefully bogged down the film’s prerelease audience excitement score (which indicates what percentage of users want to see the film), leading Rotten Tomatoes to disable both comments and the excitement score last week.

But Rotten Tomatoes wasn’t the only platform dealing with furious users ahead of Captain Marvel’s release today. YouTube also saw a tide of anger against Larson and the film. Videos were uploaded with titles like Brie Larson Is Ruining Marvel!, Captain Marvel Reviews Suck and SJWs Blame it on Angry White Men, and Brie Larson Totally Doesn’t Hate “White Men,” Captain Marvel Isn’t For “Whites” Though.

The troll-y videos were clogging YouTube searches for “Brie Larson.” So YouTube made an algorithmic tweak: it reclassified her name as a newsworthy search term. That causes its search function to return relevant, accurate content from trustworthy sources. You can see the difference that made in action below, in a tweet from The Verge reporter Julia Alexander.

This is kind of a fascinating discovery: YouTube seems to have changed the immediate “Brie Larson” search results to News. That pushes up authoritative sources and, in turn, pushes troll or MRA-style video rants pretty far down the page. Here’s what it was versus now. pic.twitter.com/ifw9JjXQie

YouTube added the newsworthy classifier to its algorithm back in October 2017, after a mass shooting on the Las Vegas strip that killed 58 people. Following the event, folks went to YouTube searching for footage of the shooting, but instead found that some of the top returned videos hawked conspiracy theories claiming it was a “false flag” attack and no one really died. (YouTube has since changed its community guidelines to bar false flag accusations against victims and their families. It’s also tweaked how search results and its recommendation algorithm treat other conspiracies, like flat earth.)

YouTube confirmed to The Verge that the reclassification of Larson’s name is part of its ongoing fight to ensure its algorithm recommends trusthworthy content to users.

The platform would not say when a certain topic hits the point where it’s reclassified as newsworthy — but the fact that the classification was applied to Larson in this case indicates that YouTube will use the feature for similar situations in the future.