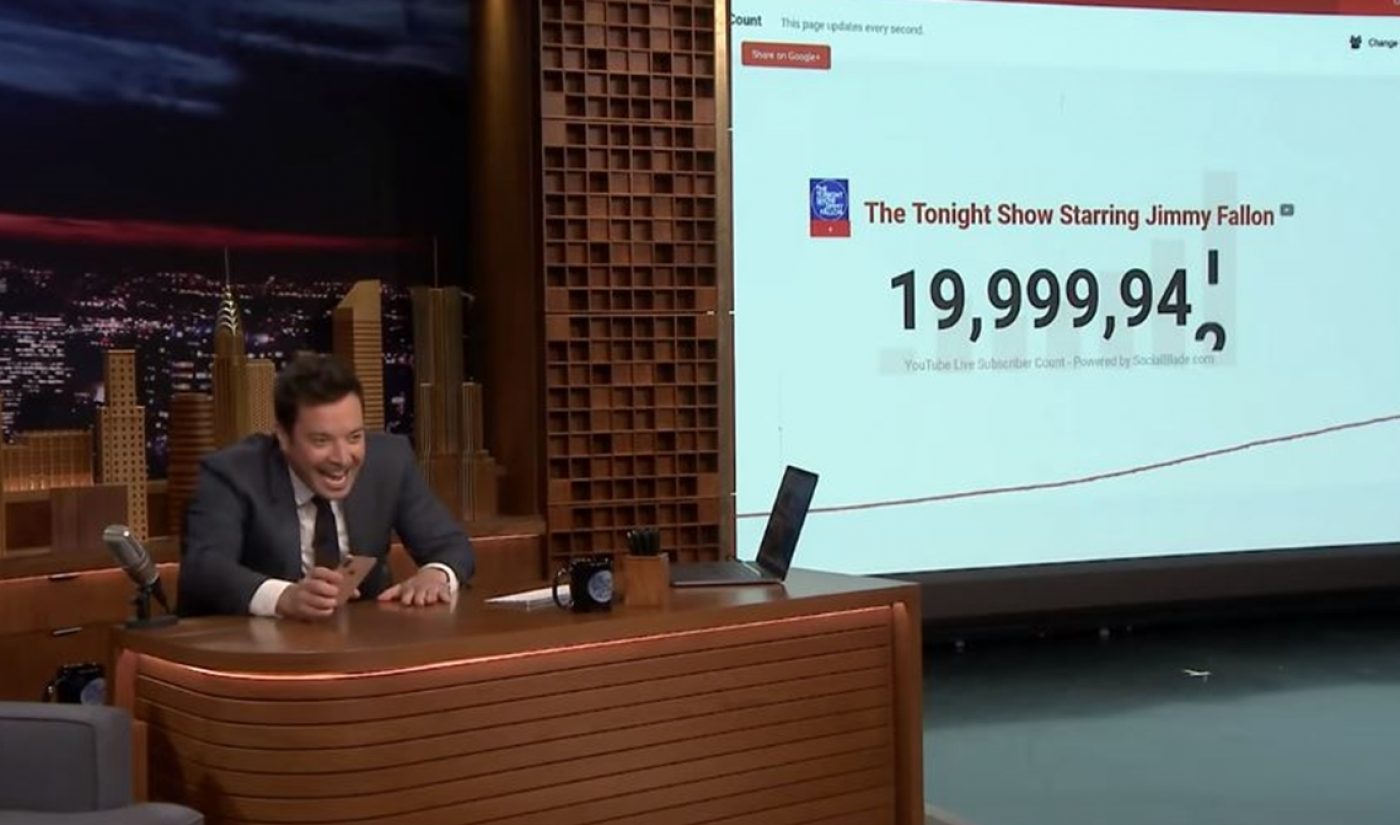 YouTube, which has breathed new life into the late-night TV landscape by making clips that air in the early hours of the morning accessible to viewers around the clock — and around the globe — in snackably short formats, is commemorating a new milestone with Jimmy Fallon.

Fallon, who hosts The Tonight Show, hit 20 million subscribers last night. After beginning his tenure as host of the long-running NBC franchise in 2014, Fallon’s accompanying YouTube channel has clocked some impressive stats: 204 videos to date have surpassed 10 million views, Fast Company reports. And from the beginning, Fallon and his team have been dedicated to ensuring that the show is distributed on YouTube, which has helped him maintain his position as the most-subscribed and most-viewed late-night host on the platform.

“YouTube has helped to redefine the way people watch late-night TV, and they’ve been supporting us since day one,” Fallon told Fast Company. “We’ve been able to reach a whole new global audience, and people are seeing The Tonight Show in places I never would’ve imagined.”