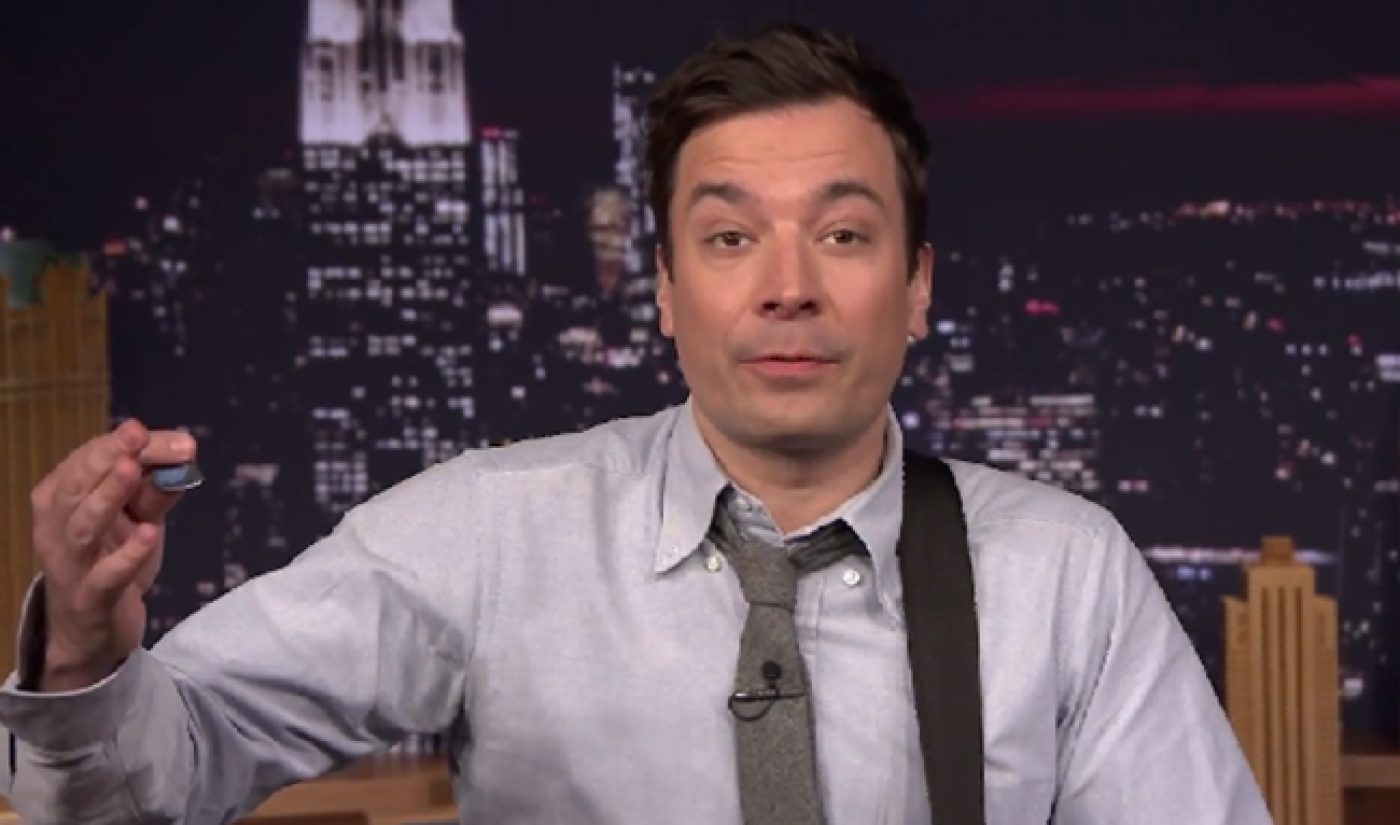 In case you still aren’t convinced that Jimmy Fallon pays close attention to YouTube, take a look at his latest video. The Tonight Show host has thanked his YouTube fans for helping his channel reach three million subscribers by bringing together his cast and crew for a rendition of “La Bamba“.

At the beginning of the video, Fallon addresses his YouTube subscribers. “That is incredible,” he exclaims. “We appreciate every single one of you taking the time to watch our videos. THREE MILLION!” He then launches into a rousing musical number with some help from The Roots, announcer Steve Higgins, and the rest of his Tonight Show crew.

Fallon’s big social media presence was a major part of his appeal as the host of NBC’s Late Night, and he has successfully carried over that online savvy to The Tonight Show. In less than two months since his first Tonight Show episode, Fallon has already seen four of his YouTube clips cross 10 million views. Most recently, Kevin Bacon’s “Footloose Entrance” became a viral smash, scoring 12.8 million views to date.

Overall, Fallon’s YouTube channel has 683 million views to go along with its three million subscribers. Even so, he can’t claim the title of most-subscribed late night host on YouTube–that honor goes to Jimmy Kimmel and his four million subscribers.

Online video has become a huge part of the late night TV equation. In addition to NBC and ABC, CBS will likely begin to sport a larger online video audience once Stephen Colbert–who has always claimed a huge following online–replaces David Letterman as the host of The Late Show. Late night hosts are beginning to think like YouTubers, and Fallon’s celebratory video is one of the clearest examples.