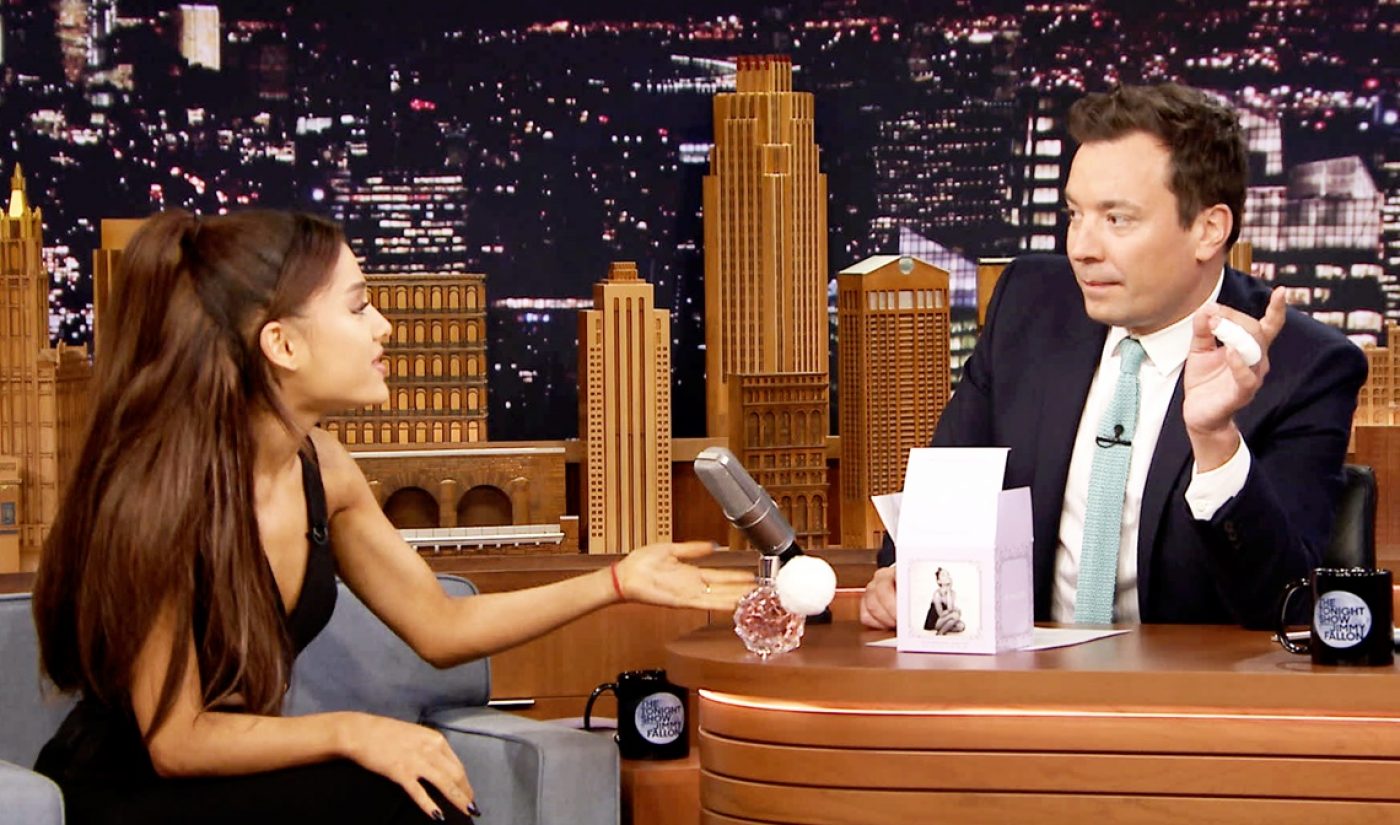 The Tonight Show With Jimmy Fallon, which is the most subscribed late night show on YouTube by a landslide, is now the proud owner of a highly-coveted diamond play button after crossing the 10 million subscriber threshold on Monday.

The Late Show With Stephen Colbert, however — whose channel launched last May — boasts a comparatively paltry 900,000 subscribers. But The Late Late Show With James Corden boasts a whopping 4 million subscribers — no doubt bolstered by his ubiquitous Carpool Karaoke series.

Check out Fallon’s ‘thank-you’ video to his legions of YouTube fans below:

And the Tonight Show’s digital reach extends far beyond YouTube, according to NBC. The show has clocked 900 million video views on Facebook since it began posting clips last March, and has also experimented with Snapchat as well as livestreaming monologue rehearsals via Periscope and Meerkat.

All told, Fallon’s most popular series is its Lip Sync Battle, followed closely by the Classroom Instruments performances. However, the Wheel of Musical Impressions is quickly gaining steam thanks to appearances from the likes of Ariana Grande, whose clip generated 90 million views across YouTube and Facebook combined.

Given these ground-shaking numbers, it’s a good thing that The Tonight Show recently cinched a slightly belated monetization deal with YouTube. Before inking the pre-roll agreement last September, it was estimated that NBC was missing out on $12 million dollars annually because it had failed to reach a revenue-splitting agreement with YouTube.