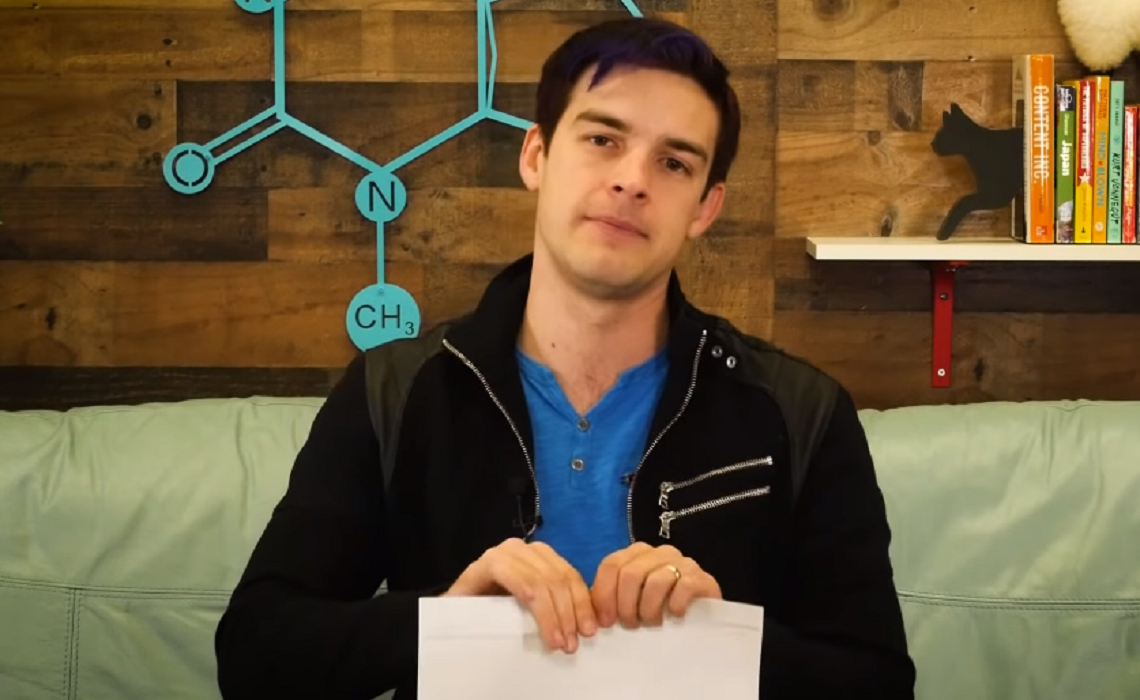 Last month, YouTuber Matthew Patrick — whose Game Theorists channel counts 11.4 million subscribers — made a video alleging that when it abruptly shuttered, Defy Media owed roughly $1.7 million worth of AdSense earnings to him and around 50 other creators.

Those funds are now under the control of a bank, Ally, which tweeted a response to concerns after Patrick’s video was uploaded.

Ally made a loan to Defy Media that it was unable to pay back after experiencing excessive losses and the owners refused to continue to support the company. (1/2)

Defy is being liquidated by a professional hired by their Board of Directors, and Ally stands to lose most of its loan. We are sympathetic to everyone caught up in this mess, and unfortunately Ally is also experiencing a substantial loss as a result. (2/2)

And, well, Patrick is not having it. He posted a video yesterday criticizing Ally for equating its situation with that of the YouTubers who were formerly part of Defy’s multi-channel network (MCN), and whose money is now trapped in Defy’s bankruptcy and liquidation proceedings.

When it was up and running, Defy received creators’ AdSense money directly from YouTube each month, Patrick explains. Defy then took its cut as the MCN manager, and distributed the rest of the money to creators. The trapped $1.7 million is made up of creators’ AdSense earnings for the month of September 2018, which were set to be paid at the beginning of November — which is when Defy shuttered.

“The creator income that sits in Defy’s bank accounts was never Defy’s to begin with,” Patrick explains. Whereas “the investment Ally lost was part of a loan that went bad. It was a calculated risk on your part,” he says, addressing Ally.

He adds that Ally was responsible for doing due diligence before it invested in Defy. Patrick previously suggested that Defy misled investors by portraying the AdSense money that it actually owed to creators as its own revenues. If Ally had been thorough, he says, it would have seen that nearly all the money Defy reported as its own was flowing right back out of its accounts when the company sent checks to creators each month.

“Ally had a chance to double-check their work, to ensure Defy was a sound investment,” he says. “[That’s] a luxury and privilege us creators never had.”

Patrick also dives into the possibility that Ally may have a significant role in deciding how Defy’s assets are parceled out in the future. Ally mentioned that an outside professional hired by Defy’s board of directors will liquidate its assets. That person, in theory, would be unbiased. They would look impartially at each of the people and entities to whom Defy owes money, and decide who has the highest priority. But Patrick notes that because Ally made a significant investment in Defy, it’s possible someone from Ally was sitting on Defy’s board of directors, and therefore chose the person who will oversee the liquidation. Patrick thinks that could influence the professional to prioritize Ally over creators, and end up paying creators’ money out to Ally to help cover part of its loan.

Decisions about Defy’s assets are due to be made in May. You can watch Patrick’s video in full below.