YouTube Just Changed How It Sells Its Priciest Ad Format 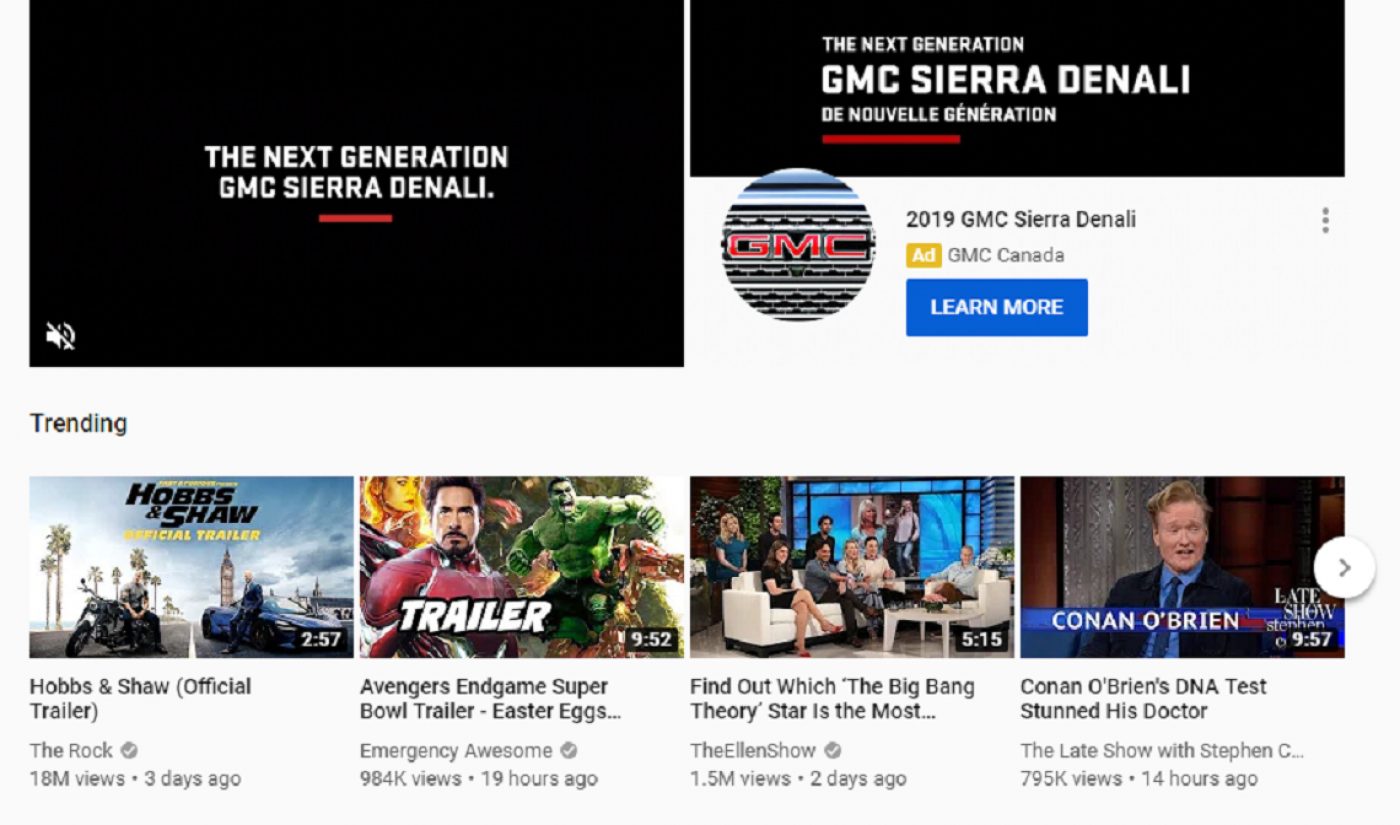 YouTube is changing up the way it sells its most prominent (and most expensive) ad slot.

The ads, called “mastheads,” are those that YouTube users see at the top of the platform’s homepage. They’re usually made up of two parts — a video, and a still panel inviting interested users to click. Up until now, those ads have been sold to marketers at a fixed per-day rate. That means that only one masthead spot is available per day, only one advertiser can purchase that spot, and only their masthead is shown to users during that day.

With the new model, however, instead of selling one day at a time at a fixed price, YouTube is instead opening up a seven-day block of masthead space each week. Advertisers can then bid on the space, not on a per-day basis, but on a per-impression basis. These bids will then determine the overall cost of the space over the course of the week, with ads being showcased accordingly. For instance, per Business Insider, advertisers could buy out the full seven days, or just buy part of a day.

If you’re wondering how much advertisers have had to shell out for the masthead spots in the past, YouTube doesn’t tend to share. However, Adweek reported back in 2015 that, at the time, it was as much as $400,000 per day — though costs have certainly gone up by now.

Tara Walpert Levy, the vice president of agency and brand solutions at Google, told Business Insider the changeup was prompted by more and more advertisers wanting a slice of limited space. She also said the new model is close to the model with which TV ads are sold. “There’s only 365 days in a year and a lot of advertisers have interest in the masthead,” she said. “We also had advertisers who were interested in taking advantage of the massive reach [of YouTube], but wanted to customize it a little bit more.”