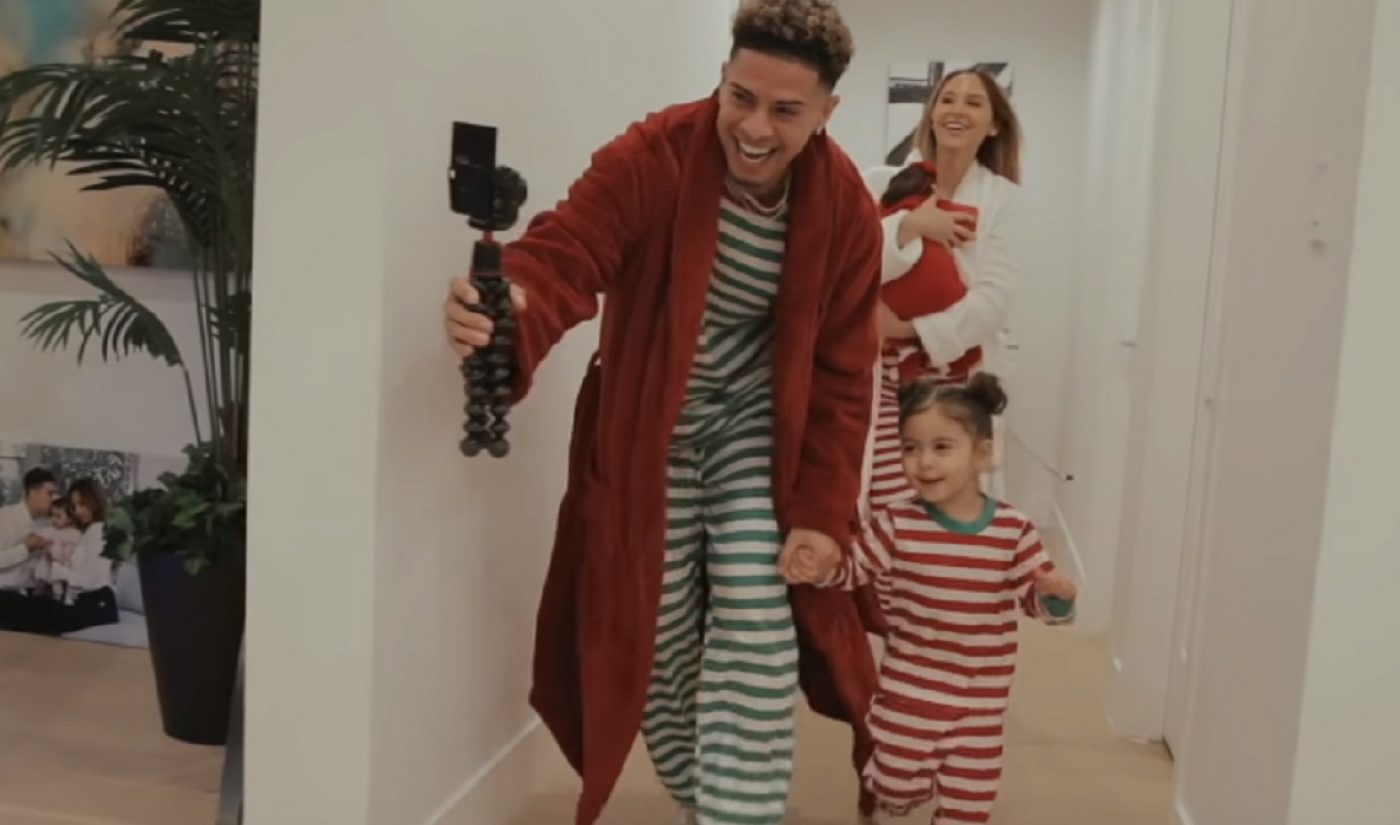 The father of a family YouTube channel with more than 15 million subscribers is facing backlash after a Twitter user dug up footage showing him apparently taking a toddler (who is not one of his children) into an adult store and purchasing her a penis-shaped lollipop.

“Guys, I’m in so much trouble,” Austin McBroom of The ACE Family says in the video he apparently recorded. “But she said she was gonna steal it if I didn’t buy it, so…”

Austin McBroom took a CHILD into a SEX STORE and bought her a DICK LOLLIPOP.

I would LOVE to hear how he and other men try to defend this.pic.twitter.com/frTCvar7IC

The child with him is not his own toddler Elle, but appears to be related to his partner, ACE Family mom Catherine Paiz, per BuzzFeed News. The Twitter user who found the footage, @bangtansdurag, alleges Paiz was at the store as well, though she’s not seen in the portion of the video that was uploaded to Twitter. Since posting the footage Jan. 7, @bangtansdurag has changed their Twitter display name to “find the vid on YouTube, I’m not sharing it,” indicating the original video was posted somewhere on the platform. Although after the widespread backlash, it’s likely not there anymore.

Some Twitter users who responded to the video have noted that the shop McBroom took the child into looks to be Spencer’s — a chain novelty store that, unlike many outright adult shops, does not have an age requirement for entry, but nonetheless is known for selling adult-themed products.

The video has been watched on Twitter over 4.08 million times. A number of users have responded with concern for the toddler, saying what McBroom did constitutes sexualizing a child.

Hey, @YouTube one of your content creators think that sexualizing a little kid is funny @AustinMcbroom, and also this little girl is his fiancée’s child and that just adds a whole other layer of grossness. @TeamYouTube, I hope you don’t care more about money than children. https://t.co/vRsGfI7m7S

I don’t care if it’s not a sex shop, point is that, that’s a sexual article you’re buying for a child. That’s messed up man.

austin mcbroom took a child to a sex shop and bought a little girl a lollipop in the shape of a dick.

if y’all support him, don’t. that shits disgusting.

The family’s views and subscriber count so far appear unaffected by the controversy. The ACE Family has not responded publicly to the footage.

In the past, YouTube has investigated channels that have been accused of endangering young stars. In September 2018, following the arrest of SevenAwesomeKids owner and director Ian Rylett, the platform told Tubefilter, “We take safety on YouTube very seriously. We work closely with leading child safety organizations and others in our industry to protect young people. When we’re made aware of serious allegations of this nature we take action, which may include suspending monetization, or, upon conclusion of an investigation, terminating the channel.”

Tubefilter has reached out to YouTube to see whether it plans to investigate The ACE Family, and will update this story with any new information.

YouTuber Daniel ‘Keemstar‘ Keem covered McBroom’s video in the latest upload to his channel DramaAlert, along with other recent controversies about RiceGum and Jake Paul. “I have absolutely no idea what The ACE Family was thinking by filming this,” Keem says. “It’s just gross.”