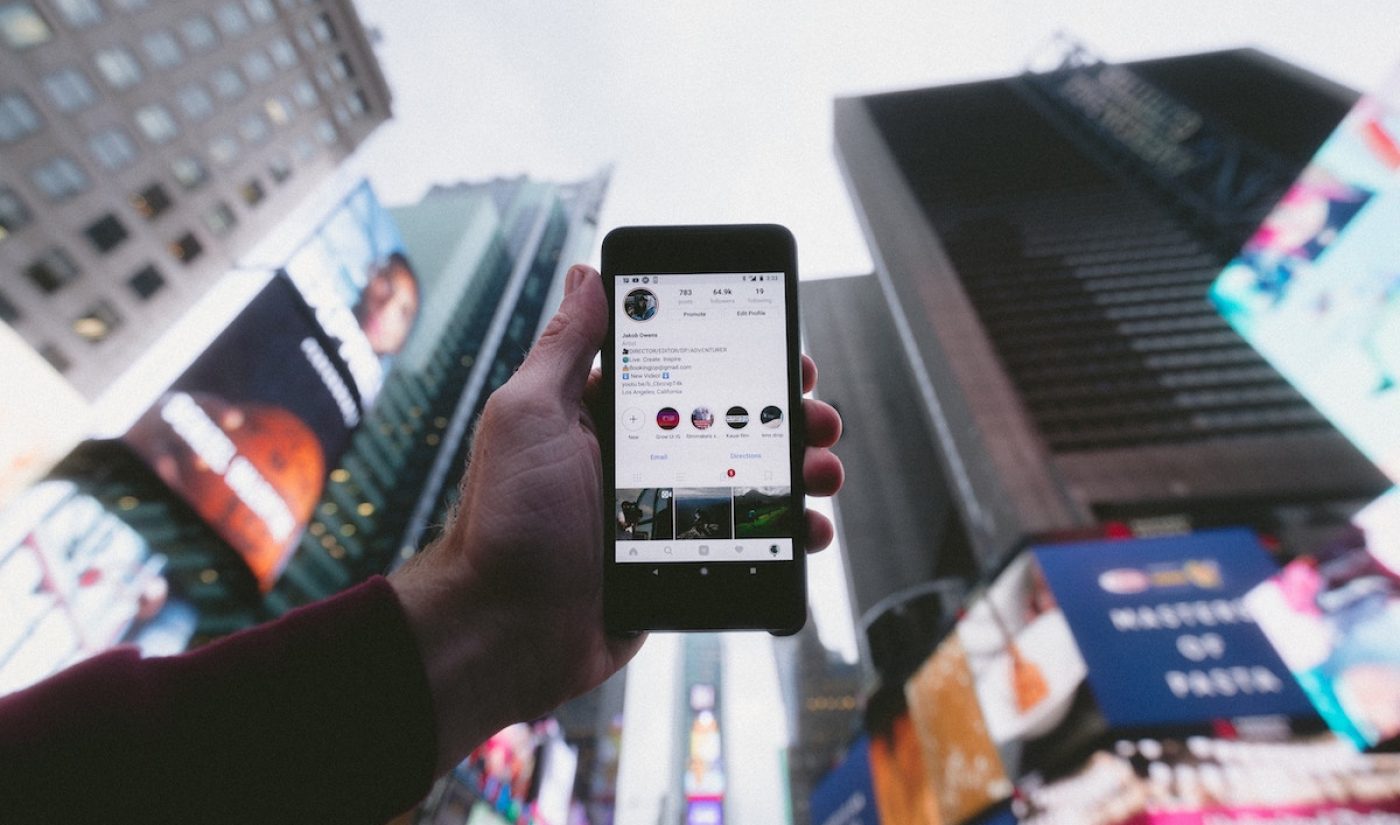 Being an influencer was all the rage in 2018, a personal passion turned profitable and public profession for some, exhausting grind for many more. More importantly, the business of influencer marketing became much more significant and serious in 2018.

Advertisers and their agencies increasingly are integrating influencers into their marketing. They’re involving more influencers more intensely and more frequently in delivering their brands’ crucial messages. And they’re expecting more in exchange, in terms of deliverables, return on investment, behavior and much else.

So while teens are more likely to say they want to be an influencer than any other profession, those who pursue the business face new challenges. After talking with numerous influencers, marketing agencies and consultants in recent weeks, I’ve pulled together several trends that affect just about everyone in the business. Keep these in mind as you build for success in 2019 (oh, and Happy New Year, everyone!).

It was a tough 2018 for most platforms, with more regulation likely amid widespread criticism, controversy and concern. Facebook kept serving up scandal after scandal as morale sank, political heat blazed and its leadership floundered. Twitter spent the year cleaning out tens of millions of bogus accounts. Live.ly and Musical.ly melted into ByteDance. Snapchat stumbled uncomfortably close to a cash crisis.

Amid all that, Instagram shined, taking part in 93% of influencer campaigns, according to data compiled by data compiled by CreatorIQ, which tracks campaigns involving about five million creators worldwide. That made Instagram far and away the most popular marketing platform, roughly double what CreatorIQ COO Tim Sovay called “Numbers 2A and 2B,” Facebook and YouTube.

Instagram benefitted from a Perfect Storm of factors. The big one: though it’s owned by Facebook, many don’t consider it as invasive (or abusive) in its collection of personal data. We’ll see how long that perception sustains, now that both its founders have left, reportedly unhappy with continued Facebook pressure to make more money from advertising. But for now, Instagram is the place to be.

Its high-quality stills and brief videos are made for quick hits, easy engagement and fast follows. Its blatant rip-off of Snapchat’s best feature, Stories, is hugely successful. And importantly, Instagram does a much better job than competitors (especially Snap) in accommodating both its influencers and the brands that would market with them.

One example: the omnipresent Kylie Jenner had Instagram’s most popular new video in November, grabbing 36 million views and 149,000 comments in half a month, according to rights-management and analytics company Pex. Ever the product shill, Jenner doesn’t miss the chance to promote her cosmetics line, trying to coax her infant child to say her company’s name. That the video still proved so hugely popular says a lot about Instagram’s branding power (and Jenner’s, I hate to admit).

More advertisers and agencies are fully integrating influencers into their digital campaigns, using them as just another crucial tool in telling their brand story, said Steve Ellis, CEO of WhoSay.com.

“You really need to look at it as a creative extension to match up with your ideas as an advertiser,” said Ellis, who is also Viacom’s EVP of ad strategy and business development after selling to the media giant early last year.

And smart organizations are hiring influencers to do more than just say nice things. Increasingly, savvy influencers are being brought in to work with internal teams as something like a specialized creative director, helping create high-quality content that can be used to launch or sustain a brand.

“Look at it as a creative execution, leveraging the talents and their creative skills to match with your idea or your message as an advertiser,” Ellis said.

“This way, influencers can convey a consistent message and grow their audience with the brand as opposed to one-off sponsorships,” said Merino. “Lately, I’ve experienced an increase in brand requests for influencers to co-brand new product lines or introduce new brands altogether by being the face of the company.”

As examples, Merino pointed to deals between Nordstrom and Arielle Charnas for her fashion line Something Navy, and the partnership for a new co-branded flavor of Health-Ade Kombucha, launched with health and fitness duo Tone-It-Up.

Such deals are understandably attractive to the kinds of influencers well positioned to get them. But they also come with a lot more strings and restrictions.

“In most cases, these type of deals are far more complex, with rigorous exclusivity terms, equity or rev(venue)-share compensation models, and rely heavily on influencer authenticity,” Merino said.

Speaking of authenticity, some companies are bypassing independent influencers and creating their own in-house brand ambassadors. That’s a gig, too, but for an in-house influencer, you get the security and focus of a steady gig but give up any ownership of that nice, big, engaged audience you’ve created. When you move on, you’re back to square one.

Companies increasingly are integrating their influencer efforts into broader digital marketing campaigns, said Ellis. That means not relying on organic reach to get a message out, but buying paid placement to push the posts, cross-promoting on traditional media and similar efforts.

International, federal and state regulators are watching influencer marketing more and more. Now, they’re handing out fines and warnings for violations to creators and brands, including those overly enthusiastic cryptocurrency promoters DJ Khaled and Floyd Mayweather. The European Union also fined Google $5 billion last year for other violations, while passing the General Data Privacy Regulation, which added stiff new penalties for mishandling data. More regulation seems likely in the United States too, at least at the state level if not in Congress.

So learn and follow the rules, especially for your platforms of choice, when it comes to tagging content as an ad or sponsored. Your life will be simpler in the long run.

Being Small Can Be Big Too

No influencer-marketing trend was hotter in 2018 than the little guys, micro and even nano influencers, which have as little as a few thousand followers in some highly defined and desirable space. In just the past year, the following of an average influencer in a deal dropped by half, to 500,000, a mark of the expanding universe of influencers being hired, according to CreatorIQ stats.

In turn, big consumer packaged-goods companies are hiring as many as 10,000 influencers for a campaign. Some of those are major names, the social equivalent of the bell cow leading the herd, but most are far less known.

“Now there’s an opportunity to build an influencer network across thousands,” said Neil Patil, Chief Commercial Officer for Tubular Labs, which tracks 5 billion videos and 13 million creators on Facebook, Instagram and YouTube. ”In the next few years, our predictions are that that’s really where the new war is, in the culmination of these influencer networks.”

Brands and agencies are hiring small-fry influencers because they’re cheaper, less demanding, more targeted, and less likely to generate a public-relations debacle if they do something stupid.

So smaller influencers can now make a little bit of money (though they’re more likely to get some free product instead), especially if they remember, even as someone who’s basically an amateur, to be a pro.

That means deliver what you promised, follow the scripts, make sure it fits with your idea of your audience, and be careful about how you handle the #ad/#sponsored stuff. And no visits to the suicide forest. If you take care of business like a professional, over time the professionals will start to regard you as one too, and pay you accordingly.

Follower fraud became a major concern in 2018, thanks to a series of notable investigations in the New York Times and elsewhere that found that a) buying thousands of fake followers was cheap and easy, b) many advertisers and agencies were still using outmoded metrics such as follower counts to determine payments and c) as a result, some influencers were buying followers so they could get paid more.

Don’t do that. Companies are moving well past organic reach (at a time when the platforms’ algorithms are killing off organic reach anyway) and measuring how engaged your audience is with the content you’re posting, or other metrics that better track their return on investment.

In fact, a lack of audience engagement is one of the factors CreatorIQ uses to analyze whether a given influencer has a large number of fake followers (the other factors are an unusual percentage of followers from unexpected countries, and large changes in follower counts).

Also expect that if you do a deal, brands will ask you to share your first-party data about followers and engagement. It’s becoming increasingly common, and a way that companies can assure themselves they’re getting the engaged audience they’re paying for.

The grind of cranking out compelling content regularly has claimed plenty of prominent influencers, most recently when Lilly Singh took a timeout to gather herself after years of relentless production schedules.

You know it’s bad when even “Superwoman” breaks, a situation worsened by YouTube’s own algorithms, which reward influencers who post at least every 10 days or so. That algorithm may be good for YouTube’s bottom line, but it brutalizes creators who get caught up in the rodent wheel of frequent posts.

It’s even worse on the live-streaming side. Twitch star Ninja told me he typically live-streams about 90 hours a week, plus recutting pieces for use on YouTube and Instagram, where he has millions more followers. Ninja at least has an attentive wife who helps him find some balance in his crazy schedule. Many others don’t.

So build space and people into your schedule who can bring a little sanity into your life. Moderation in all things, the Oracle at Delphi counseled. Burnout is real and it’s waiting for you if you don’t.

I hope you all find lots of things to be influential about in 2019, and that it proves a happy, prosperous and sustainable new year. Be careful out there. It’s a jungle.