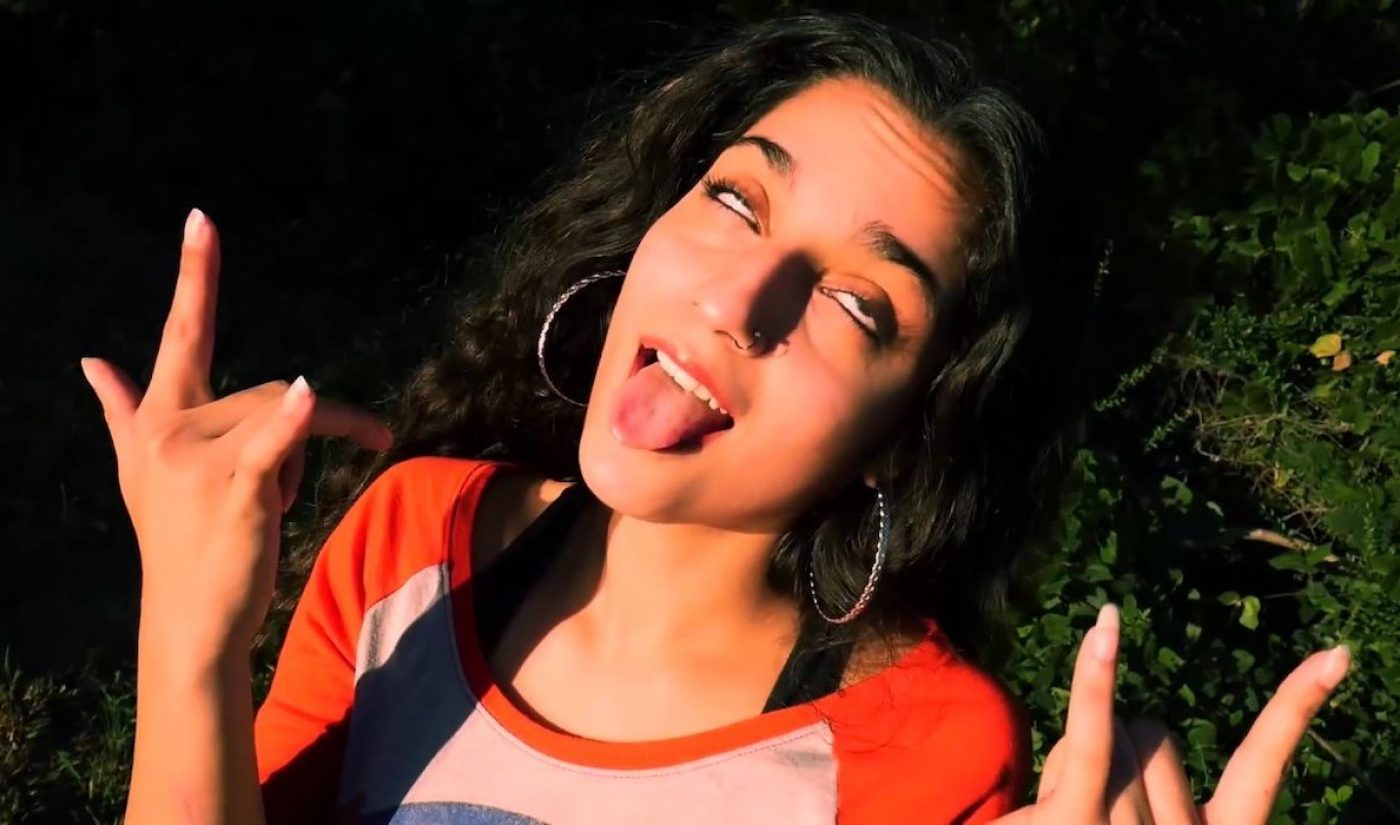 Google Trends, the search platform’s window into the relative search volume for a given term, is a reliable indicator of society’s collective consciousness. You can see that every March there is a spike for “green food coloring” searches and every spring an increase in queries for “baseball rules.”

Now skip a few years ahead to November 2017. The Atlanta-based hip-hip duo iLOVEFRiDAY released their first music video for a short song called “Hate Me,” in which the aptly named rapper Smokehijabi smokes a blunt while wearing a hijab.

A few months later, after the moderate viral success of their fourth video, “Travel Ban“, an Instagram meme account called @trashpump posts what is supposed to look like a screenshot of a tweet from Mia Khalifa. The tweet isn’t real, but it appears to call out Smokehijabi for being “disrespectful to all Muslim women.”

@trashpump currently has 2,800 followers, a modest tally in a world where some Instagram meme accounts are followed by hundreds of thousands of users. But the image somehow found its way back to Smokehijabi, who teamed up with her iLOVEFRiDAY producer Xeno Carr to elevate the beef that was never actually beefed and respond with a diss track simply called “Mia Khalifa.”

(In an interview about the song, the duo spoke about the tweet as if they believed it was authentic, but some YouTube commenters have their doubts.)

Enter TikTok, the social media app for creating and sharing videos that subsumed Musical.ly, is endorsed by Jimmy Fallon, and is currently topping the iTunes and Google Play charts.

On October 10, TikTok user @nyannyancosplay shared a video of herself lip syncing along to a few lyrics from “Mia Khalifa.” Hit or miss / I guess they never miss, huh? / You got a boyfriend  / I bet he doesn’t kiss ya / He gonna find another girl / And he won’t miss ya / He gonna skrrt and hit the dab like Wiz Khalifa

@nyannyancosplay had uploaded more than 50 costumed lip sync videos before, but this one took off. TikTokers took advantage of one of the app’s features that allowed them to borrow the audio from @nyannyancosplay’s video to use in their own lip syncs. More than 2.5 million “hit or miss” TikTok videos have been published to date.

Those lyrics became ubiquitous in the TikTok community. One TikToker, @itsstomahs (government name Thomas Ridgwell, a coffee shop owner and social media consultant in Boise, ID) wondered just how ubiquitous the phrase (and by extension TikTok) was in his real-world community. On a Wednesday evening trip to Marshalls with his friend Sam, he decided to find out.

“Hit or miss,” Thomas shouted from to nobody in particular. After about two seconds, a disembodied voice replied, “I guess they’ll never miss, huh?” And so the #TikTokTest was born.

Over 6,000 #TikTokTest videos have been conducted and uploaded to TikTok, collectively amassing 39 million views on the platform. Many of the videos take place in a big box stores like Walmart or Target. The test has also been conducted in parking lots, high schools, and over police radio.

So, what has this meant for everyone involved?

First, it’s worth reiterating that Mia Khalifa was an innocent bystander in all of this. She was the subject of a diss track after doing absolutely nothing. Today, she has 2.3 million Twitter followers and a YouTube channel with her boyfriend celebrity chef Robert Sandberg. None of this will affect her at all.

@nyannyancosplay gained a TikTok following that today stands at 283,000 and has become a bit of a meme herself. But with that rise in popularity came bullying. The 19-year-old cosplaying K-pop fan disabled comments on her original “hit-or-miss” video.

Thomas Ridgwell told me that not much has changed in his real life since he sparked the viral wildfire from the Marshall’s perfume aisle. His TikTok following has grown only modestly: 8,500 fans, up from the 2,000 he had previously.

It’s a little late in our story to introduce a new character, but there’s someone else worth mentioning here. TikTok star Jacob Sartorius released a song called “Hit or Miss” in 2016 that made it to #76 on the Billboard Hot 100. His song has nothing to do with this saga, but it’s a noteworthy coincidence that the same corner of this internet was responsible for the last “hit or miss” Google search spike.

Finally, the real winner of this insane game: Atlanta hip-hop duo iLOVEFRiDAY. The video for their song “Mia Khalifa” has 36 million views on YouTube and is ranked as the platform’s #36 song in the United States for the week of December 7-13. It has also earned over 13 million listens on Spotify, where spent some time on the United States Viral 50 chart earlier this week.

Only four days left until Christmas, shoppers. So if you find yourself out doing some last-minute gift hunting, keep your ears open and be prepared to respond. Hit or miss?!

Reed Kavner is a digital creator and comedy producer based in Brooklyn, NY. He can’t resist an internet rabbit hole. Follow him on Twitter @reedkavner.

[Editor’s Note: This is Reed’s first Tubefilter byline in almost 10 years. We’re thrilled to see his name on the site again. 🙂 ]