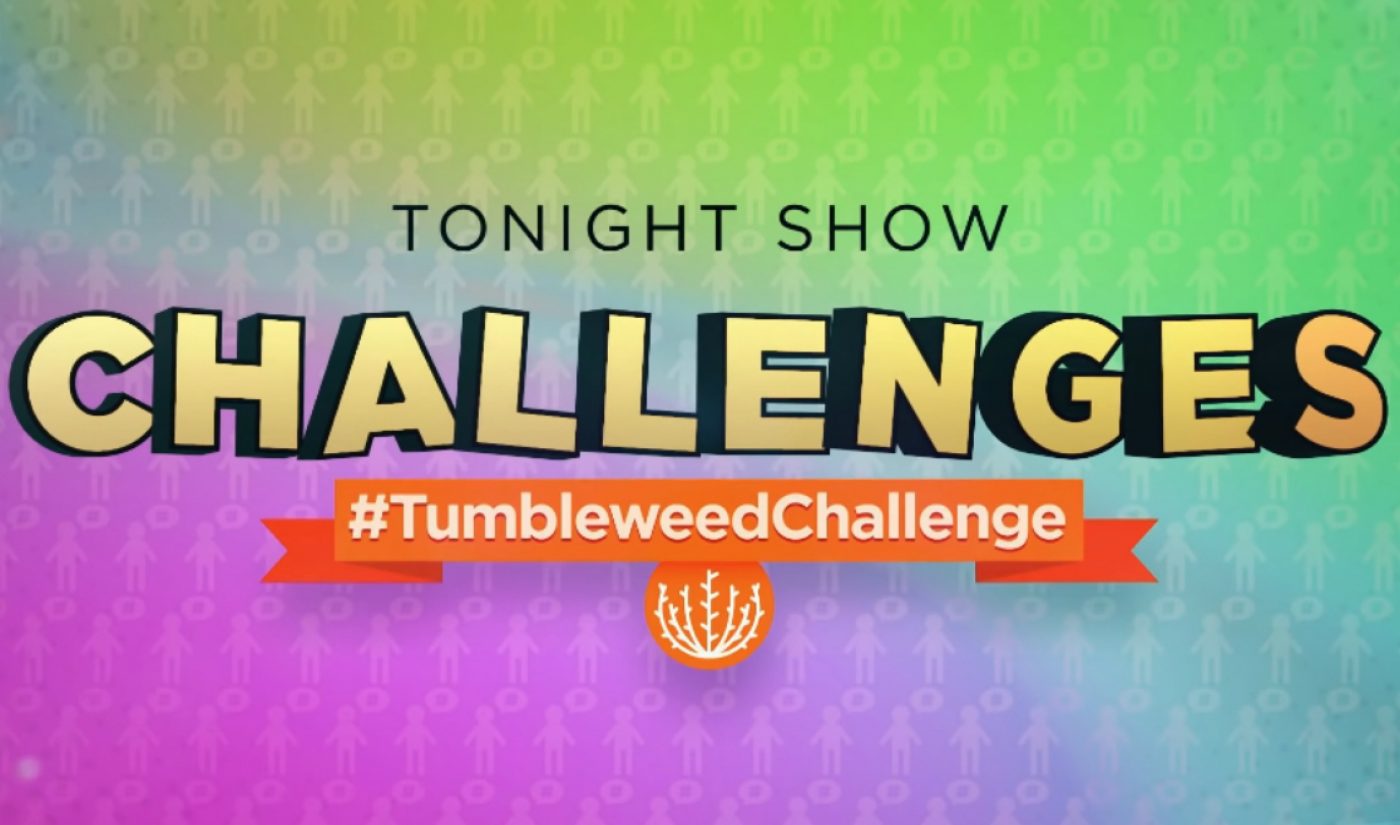 Jimmy Fallon is officially a TikTok fan — and he’s not shy about bringing The Tonight Show’s viewers along with him.

Earlier this month, Fallon issued the “#TumbleweedChallenge” to fans, urging them to use the lip-syncing app, which is owned by Chinese company Bytedance and ingested fellow Bytedance app Musical.ly in August, to turn themselves into human versions of the rolling plants seen in every good ol’ Western film. A TikTok representative tells Tubefilter that Fallon’s interest in TikTok “began completely organically” and evolved into an official partnership. (To clarify, the partnership is between Fallon and TikTok, not The Tonight Show and TikTok.)

And Fallon’s interest has been great for TikTok. The app was already surging in popularity last month, when it beat out YouTube, Instagram, Snapchat, and Facebook in the number of U.S. downloads from the App Store and Google Play. But Fallon’s #TumbleweedChallenge ratcheted interest even higher, generating over 8,000 submissions and more than 10.4 million engagements for TikTok — the biggest spike the app has seen since its launch in September 2016, TikTok told Variety.

That increased engagement has bumped TikTok’s overall number of downloads up to almost 80 million in the U.S. alone, with 3.8 million first-time downloads just in October.

“We’re looking for things that really engage people, and TikTok is a place where you can let your creativity shine,” said Julie Harrison-Harney, director of digital for The Tonight Show. “It has that short-form, mobile energy.”

While Fallon’s #TumbleweedChallenge has wrapped, he has kicked off a new one: the #SharpieChallenge, which brings to mind the bottle flipping challenges of yore (aka the days of Vine), while calling attention to ‘No-Shave November,’ a movement in which participants stop shaving for all of November to raise cancer awareness. To get in on the challenge, TikTokers — or folks on other social media, as Fallon expanded this challenge to include Twitter, Instagram, etc. — have to flip and catch a Sharpie in one hand, uncap it, and draw a mustache on their face as quickly as they can.

After last month’s download numbers, it’s no surprise Fallon discovered TikTok now. The app has been growing significantly since its Musical.ly ingestion, with numbers from last month showing that TikTok’s user base increased by 30% after Musical.ly’s merge and Bytedance’s subsequent encouragement that its former users move over to TikTok.