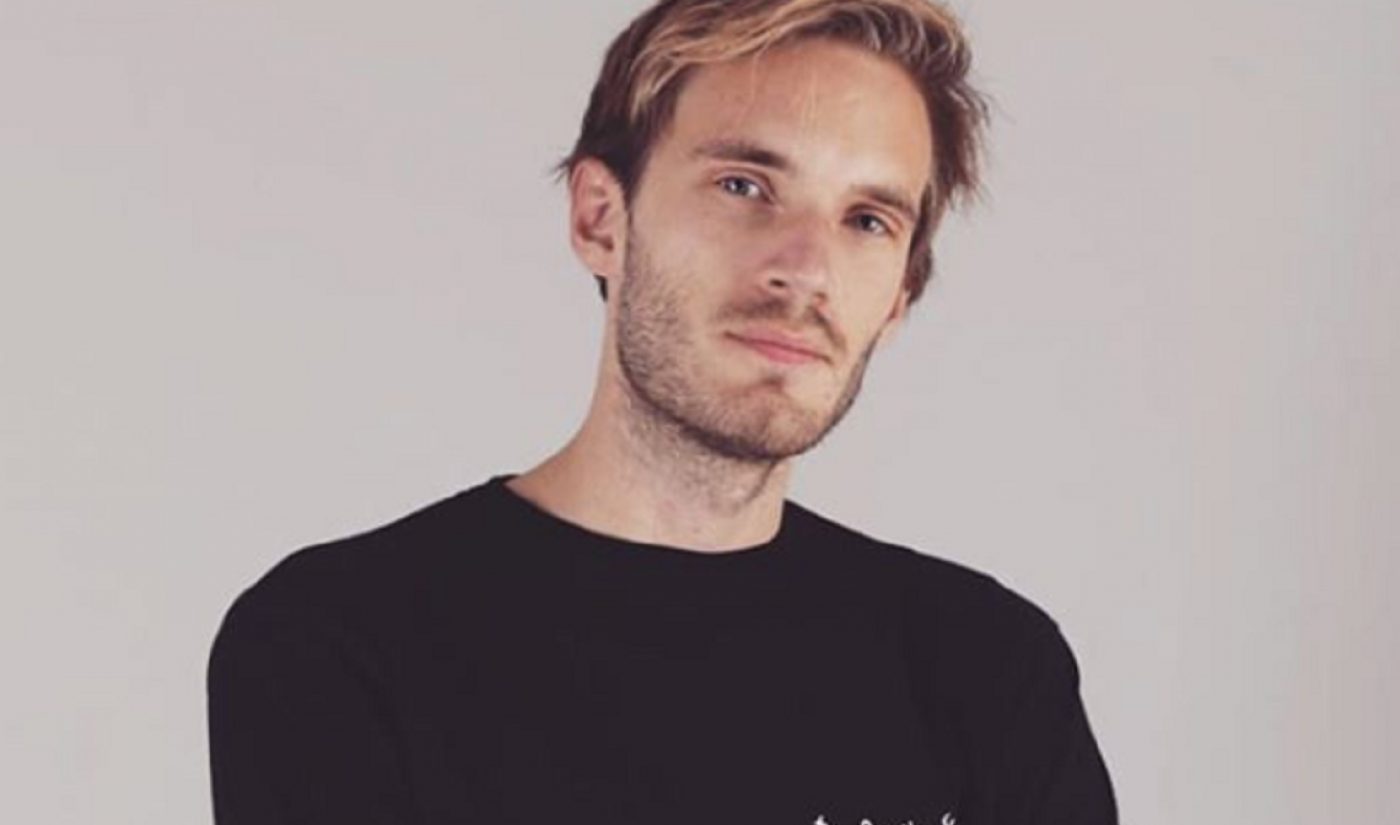 No, the Wall Street Journal has not taken PewDiePie’s side in his battle against T-Series for YouTube’s top spot. But Monday morning, it appeared to have, thanks to pro-PewDiePie vandals.

They hacked the newspaper’s website and changed a page of branded content to a message titled “WallStreet [sic] Journal Public Apology to PewDiePie” that urged people to subscribe to PewDiePie (real name Felix Kjellberg), Variety reports.

“WallStreet Journal would like to apologize to PewDiePie,” the copy read. “Due to misrepresentation by our journalists, those of whom have now been fired, we are sponsoring PewDiePie to reach maximum subscribers and beat T-Series to 80 million.” 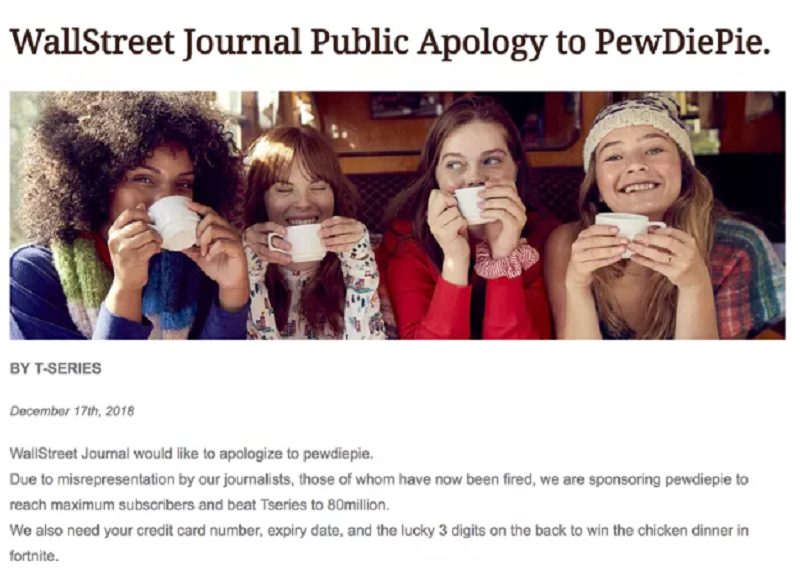 (Screenshot obtained by The Verge.)

The “misrepresentation” the hackers are referring to is the WSJ’s February 2017 investigation into Kjellberg’s channel. After the incident where Kjellberg tested the limits of freelancer marketplace Fiverr by paying two individuals $5 to hold up a sign saying “Death to all Jews,” the paper found and reported nine other instances of anti-Semitic themes and Nazi imagery on his channel, all posted prior to the Fiverr video.

Following the piece’s publication, Kjellberg was dropped from his multichannel network, had his YouTube Premium show Scare PewDiePie cancelled, and saw his channel cutoff from Google Preferred‘s premium advertising inventory. At the time, Kjellberg’s fans dive-bombed WSJ journalists’ social media accounts with angry comments saying the author (and – by proxy – the newspaper) simply didn’t “get” PewDiePie’s sense of humor. Kjellberg apologized for the Fiverr incident, but also said the WSJ was taking other “jokes” out of context.

This morning, he tweeted a link to the WSJ’s edited page:

Ten minutes later, the WSJ had pulled the page. “lol they deleted it,” Kjellberg added.

A spokeswoman for Dow Jones & Co., the WSJ’s publisher, told Variety that the paper has launched an investigation. She added that the page altered was not a page put out by the WSJ’s newsroom, but instead was a page operated by its advertising group, WSJ Custom Solutions.

It’s plausible the timing of this hack is due to recently renewed accusations of anti-Semitic behavior on Kjellberg’s part. (Though it’s worth noting that this also isn’t the first pro-PewDiePie hack.) Last week, he recommended his viewers check out a YouTube channel that frequently posts anti-Semitic, racist, and white supremacy-related content. He received widespread backlash, he uploaded a response video where, like in February 2017, he said media outlets were painting a false picture of him.

“‘YouTube star Pewdiepie now promotes anti-Semitic content,'” he said in the video, reading a news headline. “By what? By saying I enjoy his anime review?”

You can watch the full video below.