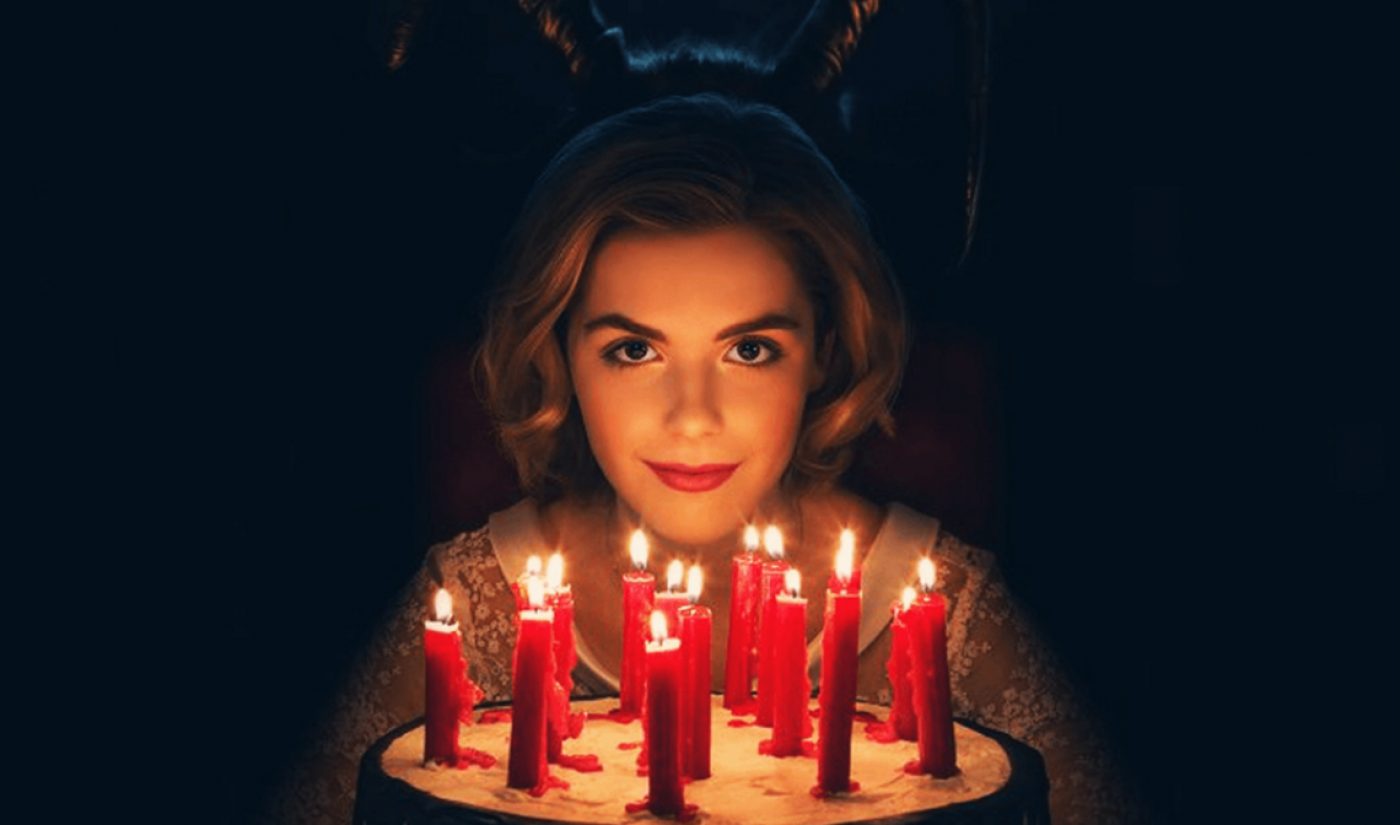 37% of U.S. desktop viewership last month was for original content, up from 24% in November 2017 (and 14% in January 2017). Netflix original Chilling Adventures of Sabrina was the service’s second most-watched series after NBC’s The Office, per findings from intelligence firm 7Park Data, Variety reports.

Other top-viewed properties include the licensed classic Friends — for which Netflix reportedly just paid WarnerMedia somewhere around $100 million to maintain streaming rights through 2019 — the licensed Grey’s Anatomy, and Marvel’s Daredevil, an original that was recently axed (alongside sibling shows Luke Cage and Iron Fist) ahead of the 2019 launch of Marvel owner Disney’s proprietary streaming service, Disney+.

(Interestingly, 7Park found that Disney films and series alone have accounted for 8% to 12% of Netflix’s overall U.S. desktop streams in the past year.)

7Park’s data shows that Netflix’s originals are competing with licensed TV classics, but though six of the top 10 most-watched shows on Netflix were originals, the majority of streams 7Park observed — 63% — were for licensed content. That number is still an improvement over Netflix’s numbers earlier this year; 7Park’s April findings showed that 80% of U.S. Netflix viewership at the time was for licensed content, and that only 18% of Netflix subscribers watched mostly original content. 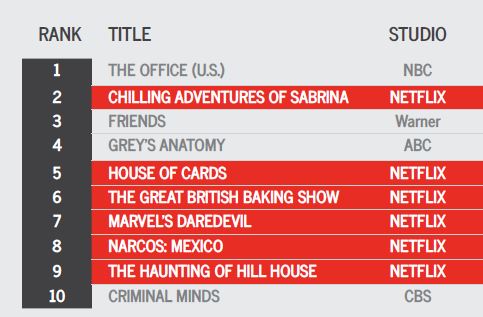 With a possible loss of large amounts of licensed content, Netflix is going to have to rely on original programming like Sabrina, Stranger Things, and Mindhunter. Judging by the steady incline in viewership of Netflix’s original material, that might not be so bad. However, it’s worth noting that 7Park was only able to measure desktop views — not mobile streaming — and only surveyed Netflix viewership in the U.S., so this is a relatively small slice of the overall data.

The cancellation of Marvel series and the threat to pull Friends are likely just the beginning of the challenges Netflix will face — considering that WarnerMedia, like Disney, is launching its own streaming service next year. WarnerMedia is likely to follow in Disney’s footsteps and try to attract consumers by only streaming its properties in-house. And that’s a lot of content — WarnerMedia of course owns Warner Bros., but also Cinemax, TBS, The CW, TNT, Cartoon Network, and many others. That means shows like Riverdale, Black Lightning, The 100, and iZombie could all be pulled from Netflix for WarnerMedia’s streamer launch.

Disney is also in the process of acquiring 20th Century Fox, which will likely see Fox content leaving Netflix as well. To make things even more tangled, with the 20th Century Fox acquisition, Disney will gain a majority 60% ownership of  Netflix competitor Hulu.

To combat these changing tides, Netflix already announced plans to significantly increase its original programming output next year. Its originals budget for 2019 is a reported $13 billion, and the streamer is set to double its in-house content slate with more than 250 upcoming shows and films set for production.