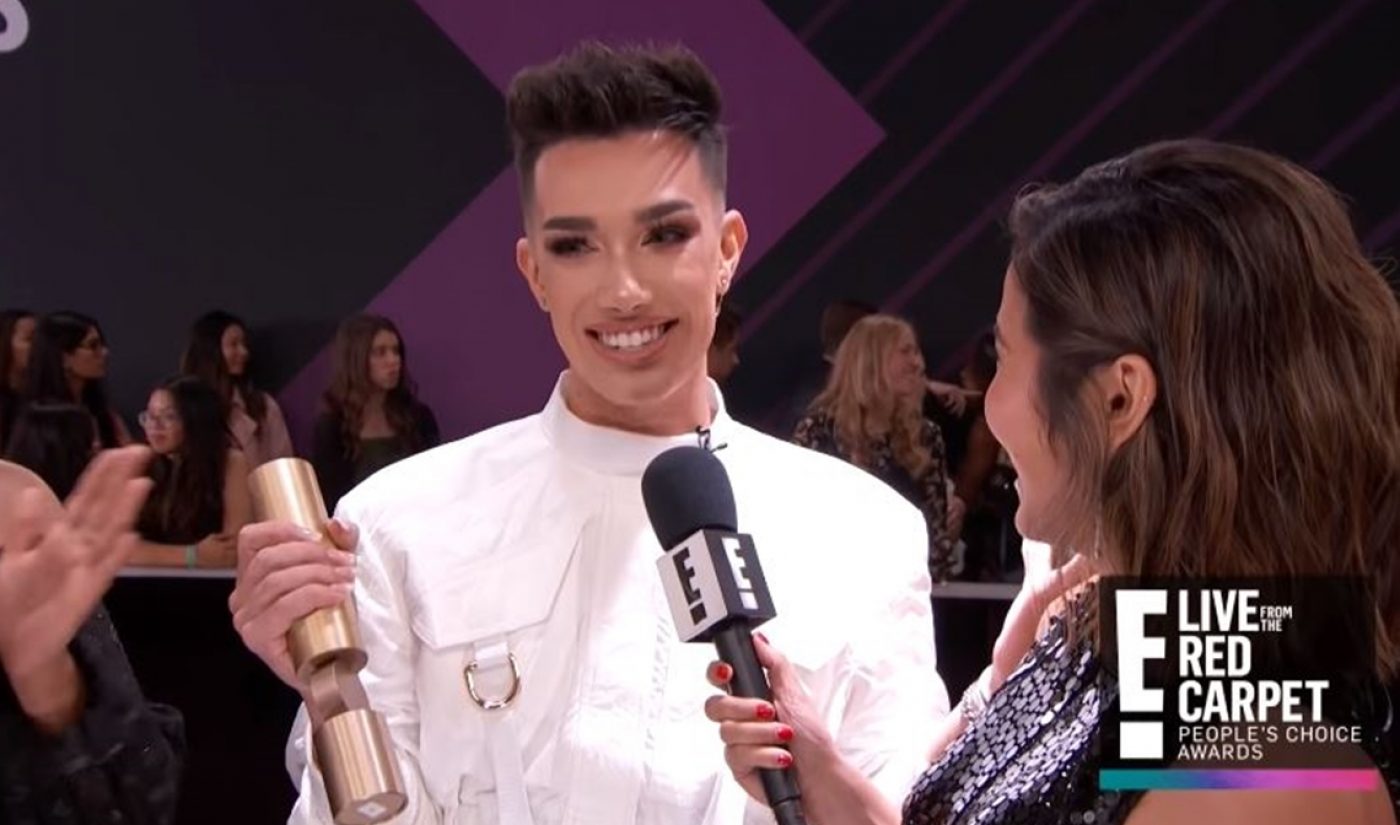 It’s been a rather harrowing past week within the digital creator community — as the sudden shutdown of Defy Media has left many without work and with their ad payments in limbo, while the California wildfires have threatened the homes of many Los Angeles-based influencers.

But yesterday evening, the 44th annual People’s Choice Awards strove for a more celebratory tone, marking the first time that the ceremony aired on E! following its acquisition last year from CBS. The People’s Choice Awards recognizes figures in entertainment — including a handful of categories in the digital realm — as voted on by the general public.

James Charles beat out NikkieTutorials, Bretman Rock, Brooklyn and Bailey, and Jackie Aina to be crowned the ‘Beauty Influencer Of 2018’, while Shane Dawson was named this year’s top ‘Social Star’. Dawson emerged victorious in a crowded field that included Jenna Marbles, Amanda Cerny, The Dolan Twins, and Lele Pons. The ‘Social Celebrity Of 2018’ honors went to K-Pop phenoms BTS, while the Crusoe The Celebrity Dachshund was named ‘Animal Star Of 2018’.

While Dawson wasn’t in attendance last night, Charles accepted his award on the red carpet (below). Last month, Dawson was also awarded for his blockbuster year on YouTube — which has included the production of several reality TV-style docuseries — with a handful of wins at the Streamys. “It’s hard for me to get excited because of everything going on right now,” Dawson tweeted of his win last night, “but it is really cool.”