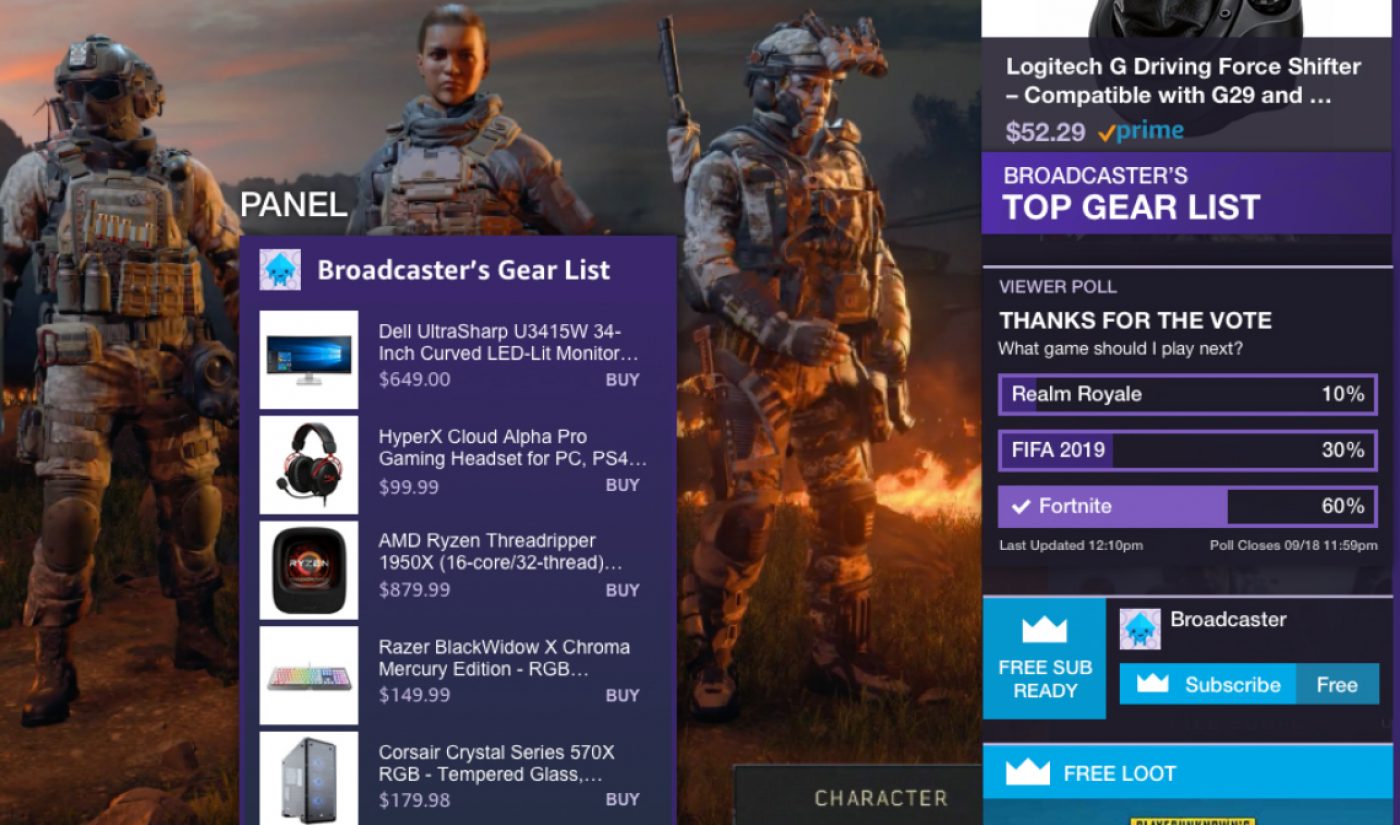 Twitch streamers now have several added tools to help them boost monetization, the platform unveiled this weekend at its annual TwitchCon gathering.

Perhaps most notable is Amazon Blacksmith, which is a revamped version of a program previously known as ‘Gear.’ Through Amazon Blacksmith, Twitch streamers can add a ‘Top Gear List’ to their channels. If a viewer clicks through and purchases something off of that list, the streamer receives a slice of affiliate revenue. (Different kinds of products garner different affiliate rates, as outlined here).

Twitch has also added a new extension that enables viewers to shop for merch while they’re watching a creator’s stream (rather than having to open a separate tab). This feature marks a partnership with clothing company Design By Humans, and it’s rolling out first with the hugely popular gaming fleet FaZe Clan, with merch from more top streamers to come, Twitch says.

And last but not least, Twitch has also created an extension with fundraising platform Tiltify that makes giving to charity more convenient for viewers, so streamers can bring in more funding for the causes they’re passionate about.

These updates are Twitch’s latest additions to its multifaceted monetization structure that top YouTuber Casey Neistat once praised as “so much more organic, so much more fair, so much more honest” than YouTube’s.

For a look at exactly how much Twitch streamers can earn on the platform, be sure to check out streamer Jeremy ‘DisguisedToast’ Wang’s no-holds-barred breakdown of his earnings from donations from fans, paid subscriptions, ad revenue, and sponsorships.