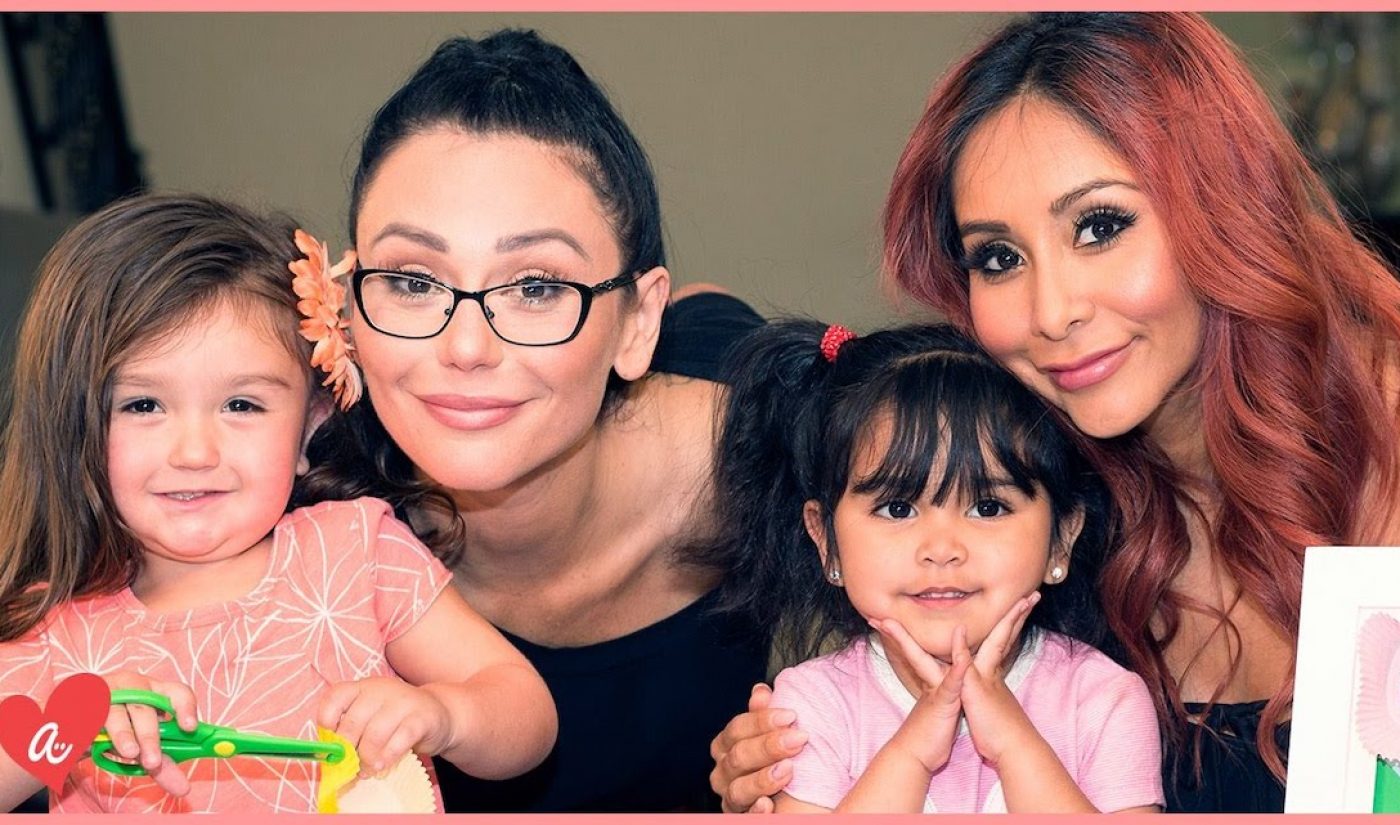 Today at IAB’s Digital Content NewFronts West, Viacom announced its plans to storm social media with new slates of programming across YouTube, Twitter, and Snapchat. (Details of the Snapchat programming can be found here.) It also announced plans for teen/tween-focused network AwesomenessTV, which Viacom acquired in July.

On YouTube, Viacom is building channels for superfans of already established MTV shows Jersey Shore and Wild ’n Out, as well as a dedicated channel for Comedy Central stand-up that will feature some previously aired specials and new material. The company laid the groundwork for Wild ’n Out’s channel in July, converting what was previously MTV2’s network channel into the single-show channel that now has 2.6 million subscribers.

Viacom is going through a similar process to create the Jersey Shore channel, taking the channel currently called Awestruck and turning it into a Jersey Shore hub. Awestruck hosts stars Snooki and JWoww’s YouTube series Moms with Attitude, and has 820,000 subscribers, which will carry over through the conversion.

It’s worth noting that the strategy of rebranding an old YouTube channel into something kinda-sorta similar is rare unprecedented, but not wholly unprecedented. NowThis tried it back in July 2017 with SourceFed Nerd to heavy criticism (which began as “WTF?” from fans and turned into a “Wow, we didn’t expect this response and now we’re changing it back,” from NowThis execs. But Viacom may have an easier go of it. The MTV2 audience will presumably be okay with a lot of programming from a solid MTV and MTV2 show and Awestruck’s viewership has been waning for the past several months, with many uploads receiving four-figure views.

Both channels will feature show clips and best-of compilations, and on the Jersey Shore channel, fans will be treated to new YouTube-only series including Cookin’ in the Crib with Snooki.

As for Awesomeness, under Viacom the network will continue to produce shows like the YouTube Premium series Foursome (the fourth season will begin airing Oct. 24) and the non-paywalled series Growing Up Eileen (second season, Oct. 20).

Awesomeness is also adding new shows, including YouTube series Overthinking with Kat & June (later this year), a comedy about the anxious inner lives of two friends. On Hulu, the network will premiere Light as a Feather (Oct. 13), where five teen girls run afoul of a supernatural game, and Pen15 (2019) about what middle school was really like.

And over on Twitter, Viacom has begun premiering new shows with MTV and Comedy Central: MTV News: Unfiltered, which will tackle current debates raging on social media, MTV News Presents: Need to Know, which is intended as a daily report for young viewers, and Extra Damn Day, a live comedy show about what’s trending on Twitter. Viacom will also be putting out BET Breaks, a daily news show “delivering the Black perspective on music, news, entertainment, and sports,” per the company.