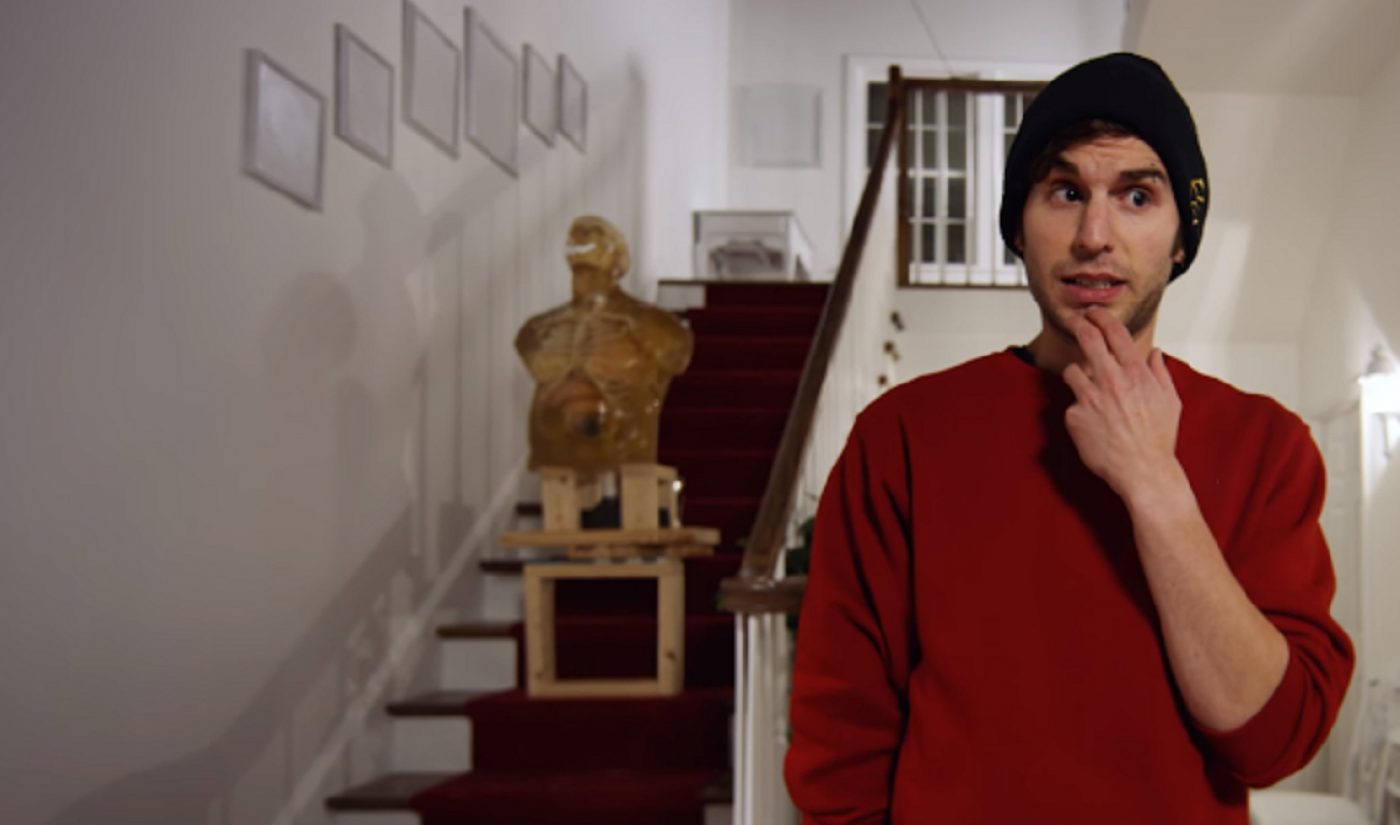 Jake Roper is set to launch one of his most ambitious projects yet. The science-inclined YouTube creator behind the Vsauce3 channel (which has 3.5 million subscribers and nearly 350 million views to date) will star in a 30-minute unscripted YouTube Original production based off his hit video “Could You Survive Home Alone?”

Produced in partnership with Ample Entertainment, the special dubbed Could You Survive the Movies is set to debut on October 10 on Roper’s aforementioned Vsauce3 channel.

Roper uploaded Could You Survive Home Alone? in 2016 and has since garnered close to 10 million views. In the video, Roper recreates three booby traps from the classic ’90s film Home Alone. He uses a little raw pork belly and a dummy that accurately mimics the human body to show just how devastating a red-hot doorknob, a full paint can to the face, and a crowbar to the chest would be for the average person.

In Could You Survive the Movies, Roper will take viewers on a similarly experiment-oriented journey into the science behind 2015’s Mad Max: Fury Road, investigating if the film’s gritty postapocalyptic setting is truly plausible.

“Could You Survive the Movies is about marrying science and cinema,” Roper told Tubefilter. “A narrative journey that explores the fantastic and the fictional but in a real way, presenting information that feels not only digestible but exciting.”

Roper added that with this production — and presumably with his many other science-themed videos — he aims for “accidental learning….when the video ends, you don’t feel like you just watched a lecture, but an experience.”

Could You Survive the Movies is currently a one-off video pilot. Its “YouTube Original” status means its financed by the the video sharing site, but it lives in front of the paywall and not behind YouTube Premium. Ample Entertainment and Roper, however, hope to turn the concept into a series in the future.

This is the first major project from Roper (with the exception of a YouTube upload or two) since he left Casey Neistat‘s Beme after CNN dramatically reduced its scale. The cable news network acquired Neistat’s tech and video startup in November 2016 for a reported $25 million. Roper joined the company a few months later in April 2017 before posting a video a year later saying his goodbyes. Neistat officially left the startup in late January 2018, when CNN subsumed its assets and staff.