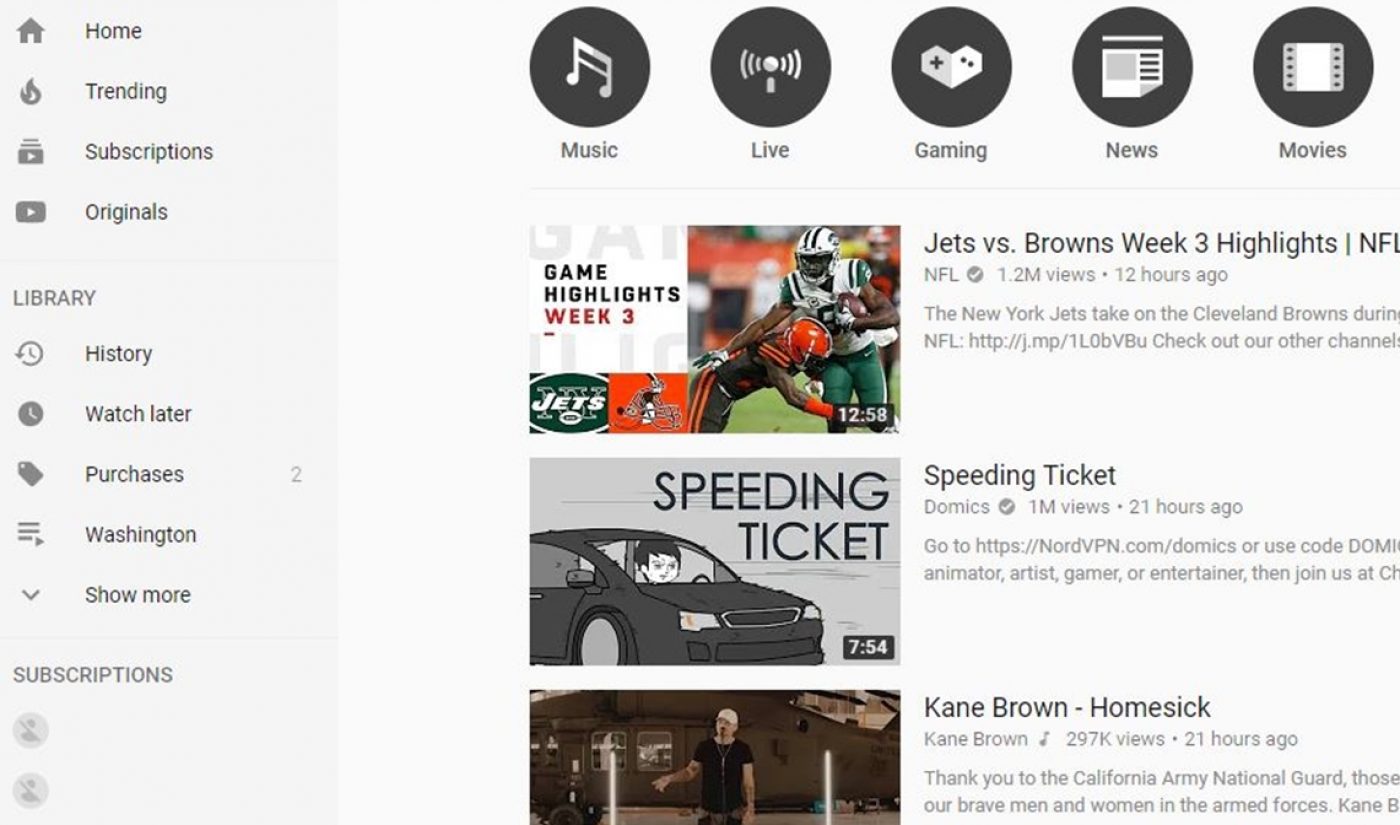 YouTube has made a slight change to its ‘Trending‘ tab — which tracks popular videos across the platform (though its methodology remains fairly nebulous) — that the company says is related to its shutdown of the YouTube Gaming app and the integration of gaming content into YouTube’s flagship site.

Whereas Trending formerly featured a single list of YouTube’s top videos, a header on the current iteration is divvied up into five categories: ‘Music’, ‘Live’, ‘Gaming’, ‘News’, and ‘Movies’. Clicking on each circular icon takes users to a category-specific Trending page, with the top videos in each respective vertical.

The ‘Movie’ tab primarily consists of movie trailers, which are wildly popular on YouTube, while ‘Music’ similarly features a rundown of the site’s most popular music videos in real time. ‘News’, meanwhile, links to a variety of videos about U.S. politics, sports, and international stories. The ‘Gaming’ tab is currently chock full of Fortnite ‘Let’s Plays’, while ‘Live’ is also topped by a Fortnite stream, followed by kids’ videos, a study soundtrack, and a stream of Nepal’s version of American Idol.

Of the new Trending categories, a YouTube spokesperson said that “Gaming will now be more visible and easily accessible across YouTube.” YouTube plans to shutdown the Gaming app next March, and is making great strides to make gaming-related content more discoverable within the flagship site.

In a recent sitdown with creator Caspar Lee, YouTube’s chief business officer Robert Kyncl addressed the fact that the Trending page tends not to feature native YouTube stars. “What we’re trying to do [with Trending] is not reflect only what’s popular on YouTube, but also what is popular in the world,” he said, “which means we’re taking lots inputs from everyone outside YouTube into consideration.” Trending is aimed at gathering viewers who are new to the service, Kyncl explains, and thus unfamiliar with native YouTube stars. If the site can convert these viewers to regular users via Trending, however, creators do stand to benefit from this approach.

Trending has gotten the site into trouble in the past for surfacing conspiracy-laden clips as well as other offensive videos, including Logan Paul‘s infamous ‘suicide vlog’. In order to compile the list, which updates every 15 minutes and varies from country to country, YouTube says it takes into account: view count, rate of growth in views, where views are coming from, and the age of the video. The company acknowledges that it uses its own discretion in certain respects, but insists that it “does not favor specific creators.”

For reference, here’s what the Trending tab used to look like: 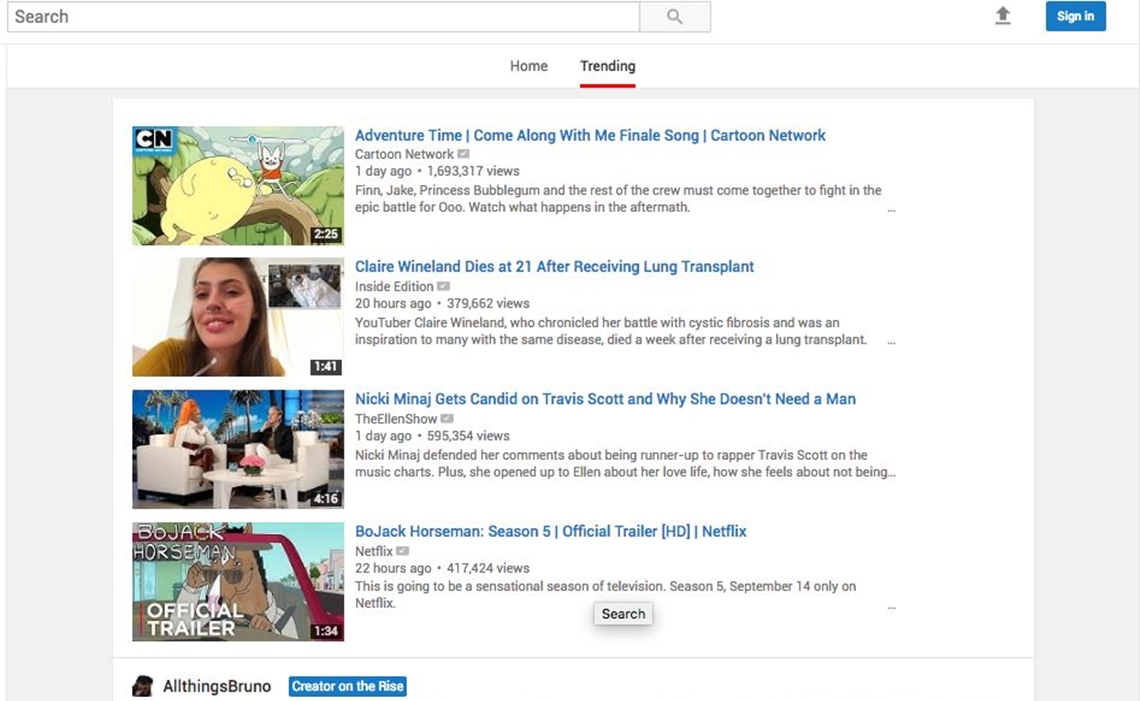