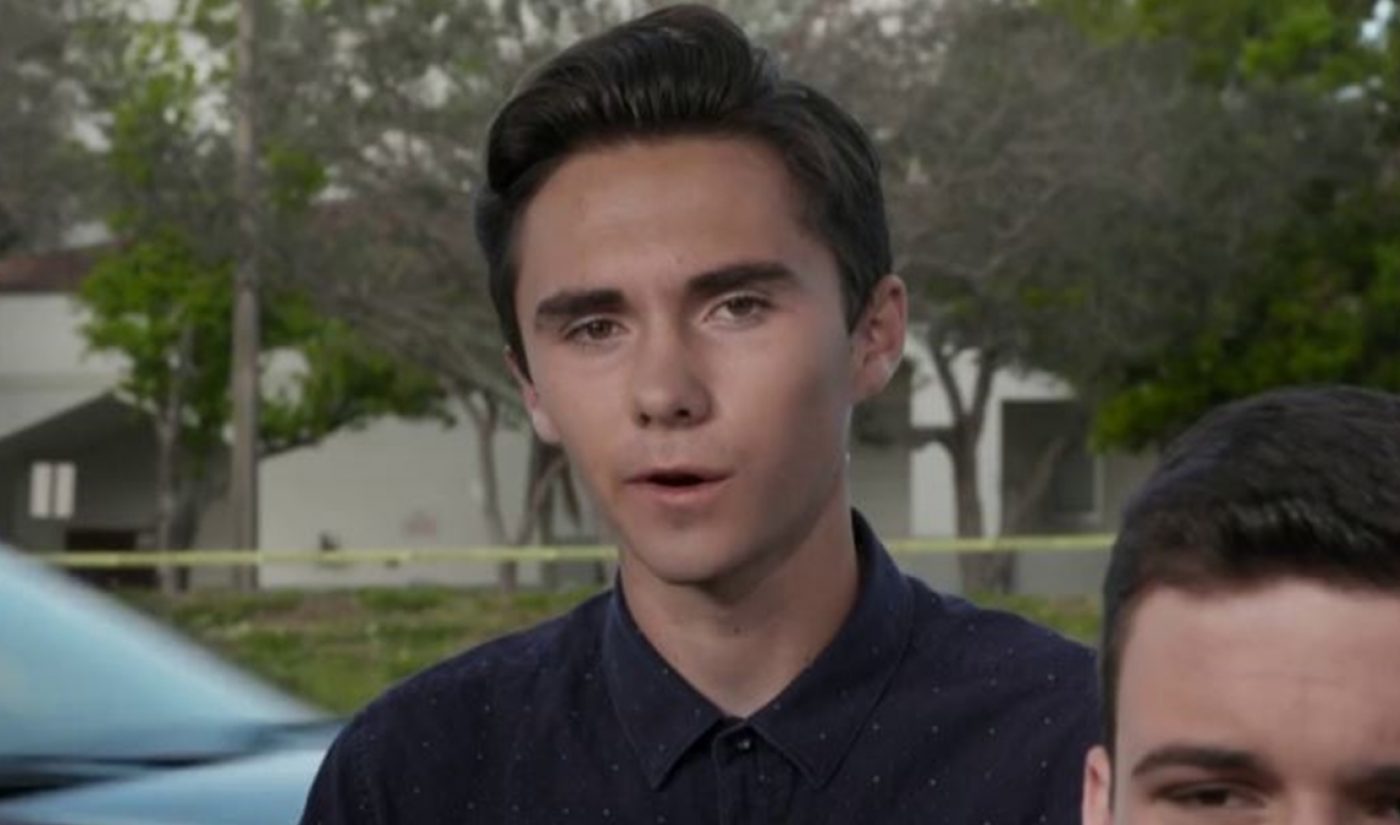 This morning, the top ‘Trending‘ video on YouTube was a clip falsely alleging that David Hogg, one of the survivors of the Florida high school shooting — who has since emerged as an outspoken gun control activist — was an “actor” seeking to promote an anti-gun agenda.

And though this is far from the first time that YouTube’s algorithm has turned a spotlight on videos that promote dangerous conspiracy theories, the video giant has since removed the clip from its site. The video in question — which featured a description box reading only “David Hogg The Actor” — comprised a local news report from 2017 chronicling an entirely separate event involving Hogg, who experienced his first wave of viral recognition last summer for confronting a hostile lifeguard and capturing it on camera. (Check out his original upload of that incident, which has upwards of 700,000 views, right here).

Furthermore, a search for Hogg on YouTube this morning returned many videos misleadingly pronouncing him an actor with ulterior motives, Motherboard reports. And after clicking on the Trending video, the outlet noted that YouTube suggested other conspiracy-laden clips. Before it was deleted, the video had amassed 200,000 views.

“This video should never have appeared in Trending,” YouTube told Motherboard in a statement. “Because the video contained footage from an authoritative news source, our system misclassified it. As soon as we became aware of the video, we removed it from Trending and from YouTube for violating our policies. We are working to improve our systems moving forward.” An error message on the clip currently states that it was removed for “violating YouTube’s policy on harassment and bullying.”

Similar clips alleging that Hogg was a so-called ‘crisis actor’ were also trending on Facebook this morning, per Business Insider. YouTube’s algorithm has actively touted many misleading videos in the past, including clips claiming that the October 2017 Las Vegas shooting was a hoax, a slew of anti-Hillary Clinton videos over the course of the 2016 election, and videos on the heels of an Amtrak crash in Virginia earlier this month that some falsely asserted was a ploy by deep state actors to harm Republican lawmakers onboard.

Tech platforms like YouTube, Facebook, and Twitter are all facing greater scrutiny about the spread of fake news amid Russia’s interference in the 2016 U.S. election. Consequently, YouTube says it has made changes to its algorithm to promote news videos from “trusted” sources. The company also plans to have a total of 10,000 human moderators working to police inappropriate videos by hand this year.