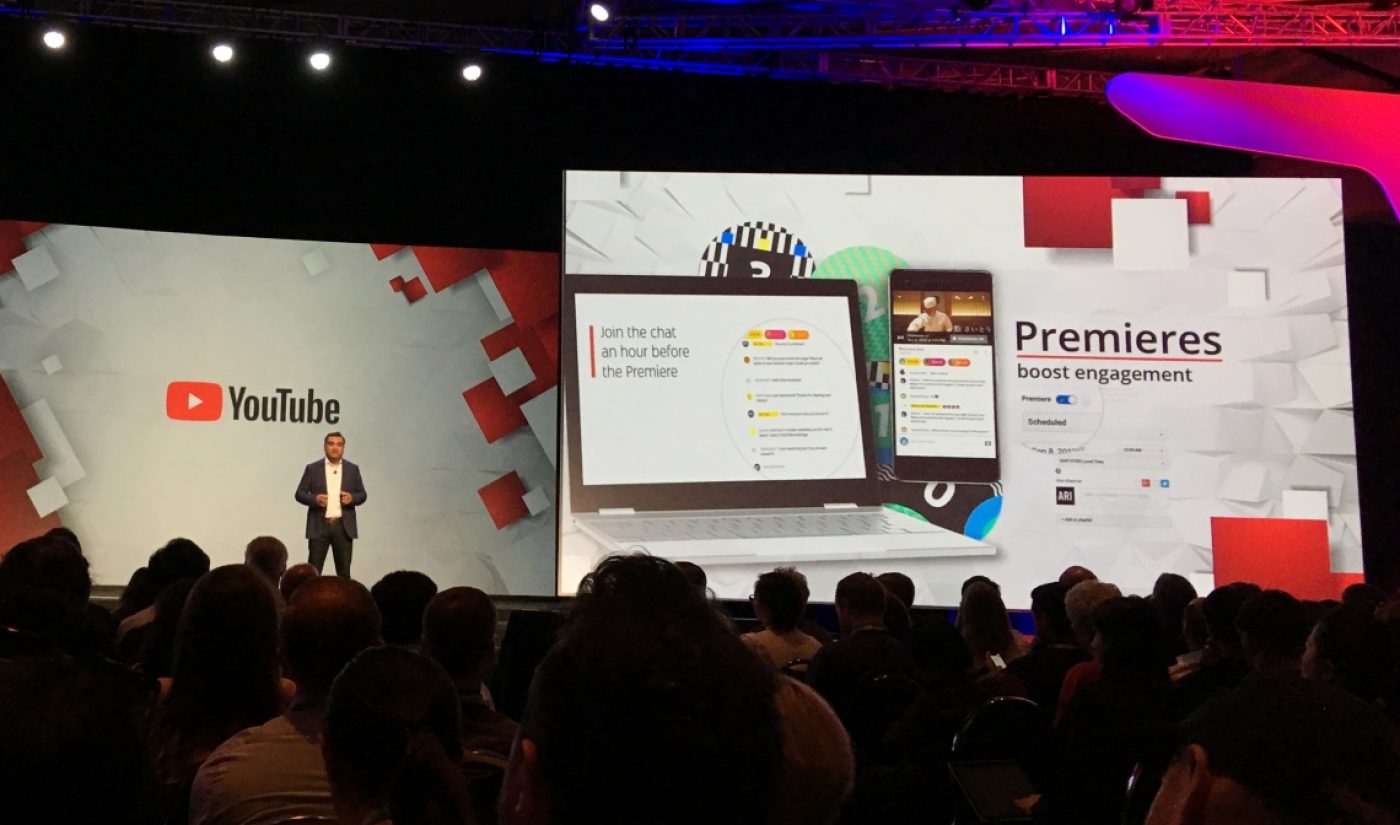 A new YouTube feature answers an interesting question: What if any video could be a live stream? The world’s top video platform has announced Premieres, which let creators launch their new content within live streams they can share with their fans.

When a creator chooses to launch a new video as a capital-P Premiere, his or her fans will be directed to a live stream. There, the video will be broadcast, and viewers can register their responses in real life, creating a communal atmosphere.

Premieres are not just for engaging with fans; as YouTube noted in a press release, the new feature opens up fresh monetization options for its users. YouTube’s pay-enabled Super Chats, for example, are available in its live streams but not its on-demand videos. By sharing their work in a venue where Super Chats are available, creators have the potential to pull in thousands of dollars from their fans.

YouTube Chief Product Officer Neal Mohan announced Premieres during a keynote address at VidCon. “It’s as if a creator’s entire community is in one theater together,” Mohan said.

To help roll out Premieres, YouTube has enlisted some of its top stars, including Leroy Sanchez, JacksFilms, Ari Fitz, and Jackson Bird, to launch videos using the feature. Other creators, including Corridor Digital and Inanna Sarkis, are expected to roll out their own Premieres as well. A more public launch is set to arrive “soon.”