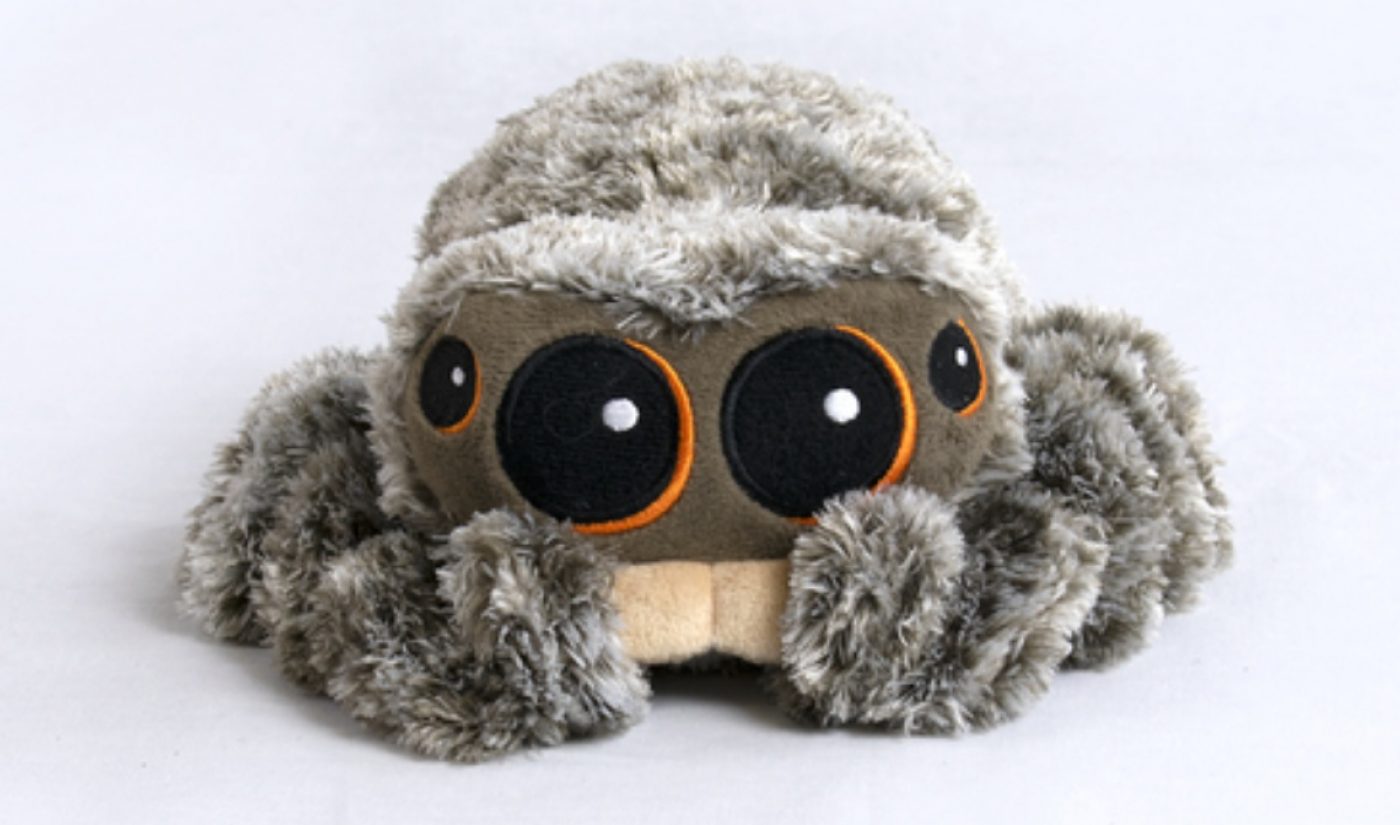 A plushie toy inspired by an animated spider may soon allow that spider’s creator to claim millionaire status. Ten days after it first became available, a Lucas The Spider plushie line has resulted in 40,000 sales, which equals a total revenue of $800,000.

Lucas, created by animator Joshua Slice, is an adorable little cartoon arachnid whose exploits have made him one of the breakout YouTube stars of the past year. Since his introduction last November, his channel has received more than 113 million views and attracted over 2.1 million subscribers. In Slice’s latest Lucas video, he introduced a plushie toy based off his eight-legged creation, which he made available for pre-order via merch platform Teespring.

Thanks to Lucas’ internet celebrity, his creator has been able to move an astonishing amount of product. Teespring expects that 60,000 Lucas plushies will be sold during the 40-day period in which the item will be available. Should the line reach that mark, it will generate $1.2 million in revenue, as each plushie sells $20.

Slice has a lot of plans for the money he will earn from the plushies. He plans to set up a college fund for his nephew, who inspired Lucas and provides the spider’s voice. He will also donate to charities that provide no-cost legal representation to survivors of domestic abuse and sexual assault. Finally, he will ensure he has the funds he needs to finance future Lucas animations.

“Lucas the Spider started as a curiosity for whether spiders could in fact be cute,” Slice said in a press release. “To bring Lucas to life by way of a soft lovable plushie that contains the voice of Lucas has been an exciting part of a very unexpected journey. We’re very thankful that so many people could come together over the unexpected love for a spider. The fact that Lucas can also provide a future for my nephew, the original Lucas, as well as charities we support is really rewarding.”

The plushies aren’t the only off-YouTube venture for little Lucas and his creator. The spider is also set to appear in film and TV productions thanks to a deal Slice made with Toronto-based studio Fresh TV.

If you want to get your hands on a Lucas The Spider plushie, you’ll need to act soon; the pre-sale period ends on June 23. Orders are expected to ship in October.