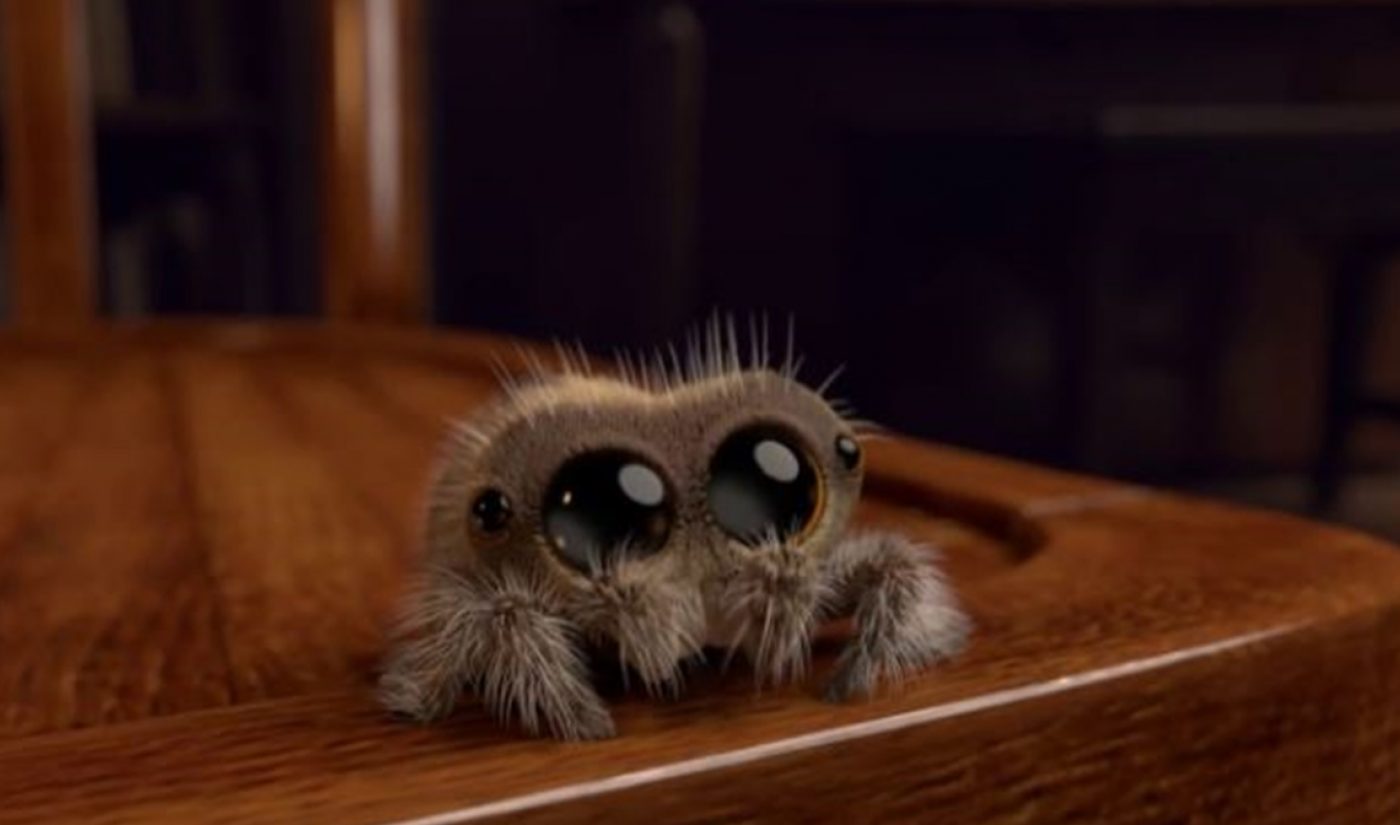 YouTube cartoon sensation Lucas The Spider has been acquired by Fresh TV — a Toronto-based live action and animation studio that targets tweens and teens. The purchase price was not disclosed.

Fresh TV will partner with Lucas creator Joshua Slice to develop original series and feature-length projects starring the adorable character, who is experiencing an astronomical rise on YouTube right now. Additionally, Fresh will seek to expand Lucas’ reach across other video platforms as well. Slice introduced Lucas five short months ago and has shared just six 30-second clips on YouTube to date — which have collectively amassed 66 million views and 1.5 million subscribers. You can check out the latest episode below.

“When I launched Lucas The Spider a little over five months ago, I had not imagined the internet star he would become,” Slice, who has worked on Pixar and Disney blockbusters like Big Hero 6 and  Zootopia, said in a statement. “A big thank you to Fresh TV for seeing the potentials in this little arachnid. Together, we can grow Lucas The Spider far beyond his 30-second moments on YouTube.”

Lucas was inspired by a photo Slice saw of a tiny spider online, and he designed the character with an endearing aesthetic in hopes of challenging widespread fears about the insects. Slice’s nephew, who is also named Lucas, voices the character.

“We are excited to combine Fresh’s creativity and production expertise with Joshua’s one-of-a-kind talent,” said Tom McGillis, president and executive producer of Fresh TV — which also produces Cartoon Network’s Total Drama Island and Disney Channel’s My Babysitter’s A Vampire. “Joshua has created a character that instantly resonates with children and adults alike. From the moment we saw his creation, Fresh saw the potential to take Lucas The Spider to the next level with series, features, and on a variety of other platforms.”