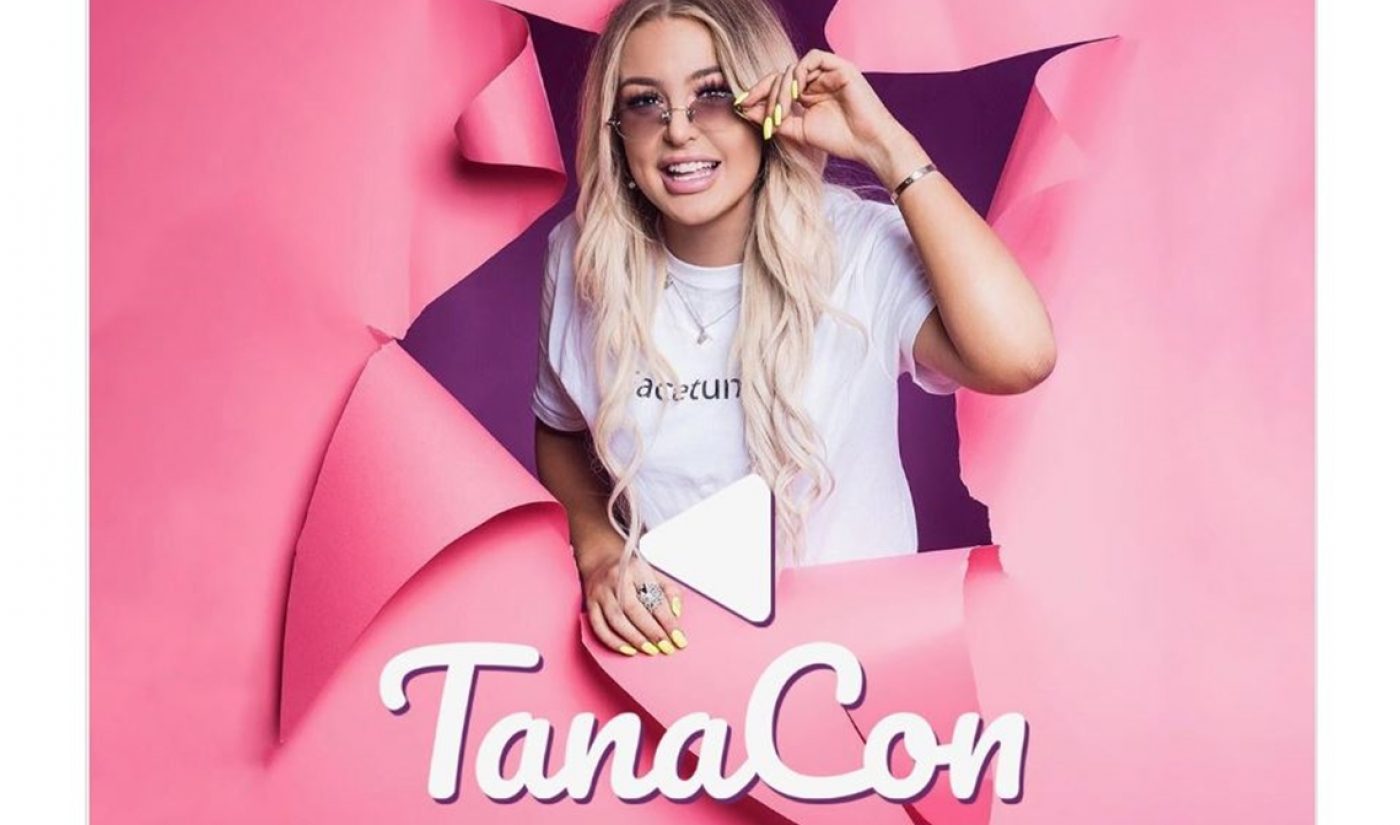 In April, the controversial and gabby YouTube star Tana Mongeau released a whopper of a “Storytime” video (at over an hour long with more than 2.7 million views) detailing her negative experiences at the Anaheim-based video convention VidCon — which was acquired by Viacom in February.

According to Mongeau, over the course of two years, the convention’s execs promised that she could attend as a ‘Featured Creator’ — and thus maneuver across exclusive and secure spaces within the Anaheim Convention Center. Mongeau alleges that she promoted the event to her fans with the anticipation that she would be featured — only for VidCon to renege on the offer in both 2016 and 2017. When Mongeau showed up anyway last year and her fans excitedly flocked her, executives booted her from the event for being a security hazard, she says.

Mongeau vowed never to return to VidCon. But now, the 19-year-old is once again taking past controversy and spinning it into an unlikely business venture.

On June 22 and June 23 at the Anaheim Marriott Suites — during VidCon — Mongeau will host her very own alternative convention aptly dubbed TanaCon. The tagline of the event is “Where Everyone is a Featured Creator,” and the event’s website states that special guests will include Bella Thorne, Ricky Dillon, Elijah Daniel, Chris Klemens, Corinna Kopf, Adam Grandmaison, and more.

TanaCon organizers tell Tubefilter that the event will welcome roughly 100 creators who count a combined 400 million subscribers. (VidCon, for comparison’s sake, has 282 Featured Creators currently listed on its website for this year). Check out an official promo video for TanaCon — consisting mostly of footage from Mongeau’s original VidCon rant — below:

Free tickets to TanaCon — which will comprise main stage performances, panels, and creator meetups — are already sold out, but VIP seats are still available for $65 apiece. These tickets include gift bags, private meetups, and personalized text messages from creators. The inaugural event expects to welcome anywhere between 5,000 to 15,000 attendees, organizers said. Given the wide range of the estimation and the fact that no details about scheduling have been revealed, this may sound like a recipe for pandemonium — which would actually be on brand for Mongeau. VidCon — now in its ninth annual iteration — counted 30,000 attendees last year.

Meanwhile, VidCon appears to be taking its newfound competition in stride. In a series of tweets yesterday (below), the event apologized for unspecified past mistakes, writing, “We hope everyone has a wonderful summer whether you’re going to VidCon, TanaCon, another event, or just staying home.”

Our goal at VidCon is to celebrate and lift up the online community and create a space where people feel welcome and safe. We take accountability for the areas we need to improve and hope to get better year after year.

We hope everyone has a wonderful summer whether you’re going to VidCon, TanaCon, another event, or just staying home. Our goal is to foster positive communities and support others, online and IRL.

For those of you coming to VidCon, we’ll see you soon!