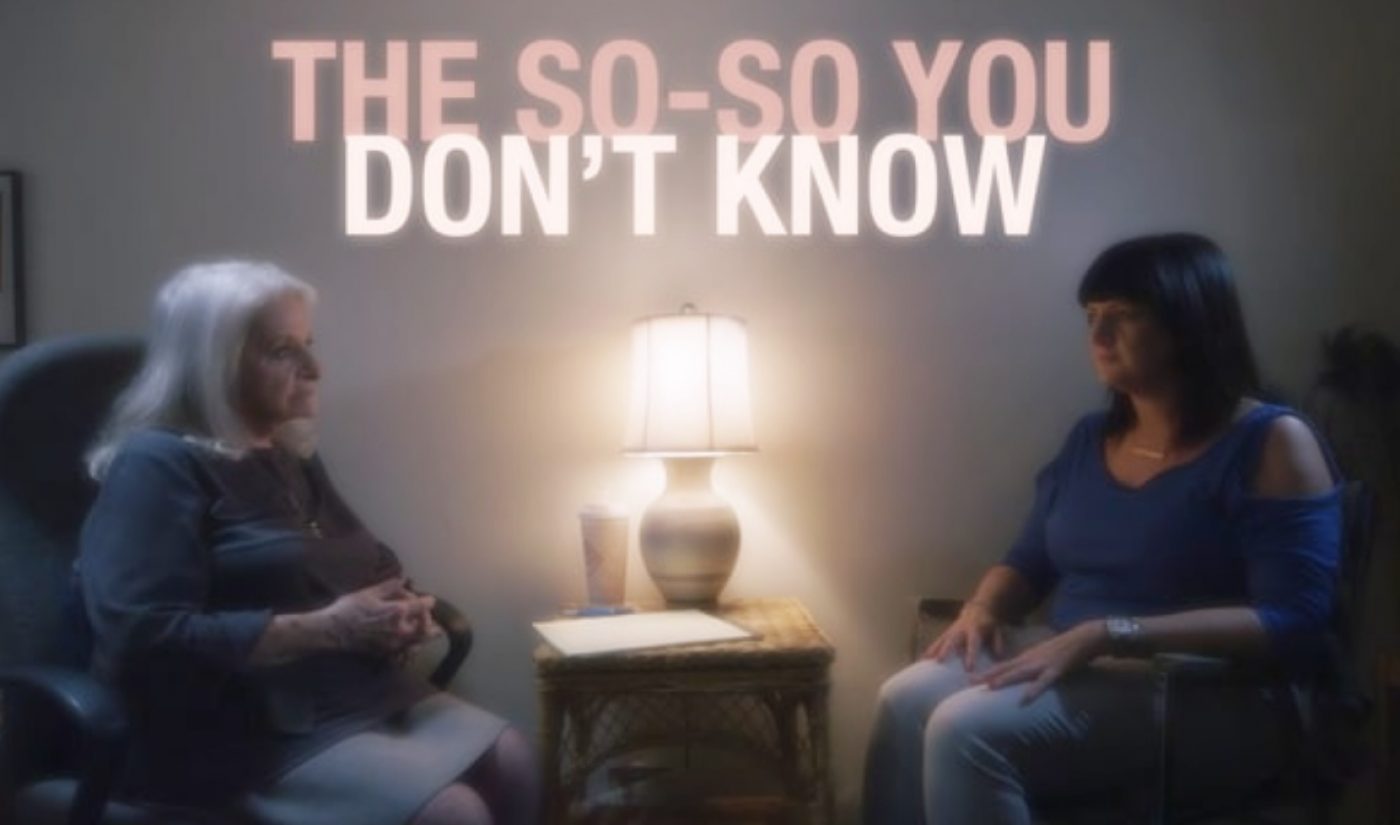 There are many web series that examine the anxieties of life in the big city, but few shows handle that topic with as much skill as The So-So You Don’t Know. Marlene Rhein‘s examination of urban-dwelling angst, as seen through a series of therapy sessions, is a good-looking piece of work that gives its diverse and varied characters plenty of room to explore their frustrations.

Each episode of So-So is centered around a different character, though all of the show’s featured figures have one think in common: They’ve been lured into a therapist’s office by the promise of a reduced rate, courtesy of a Groupon deal. This format is reminiscent of High Maintenance, which Rhein cited as one of her influences. She also appears in the first episode, while the second showcases the talents of Sachi Parker, the daughter of legendary actress Shirley MacLaine.

Rhein is perhaps best known for directing music videos, and in So-So, she shows off her skills in the shot composition department. So-So looks great, and it has plenty of thoughtful things to say about inner-city life. That’s a winning combo.