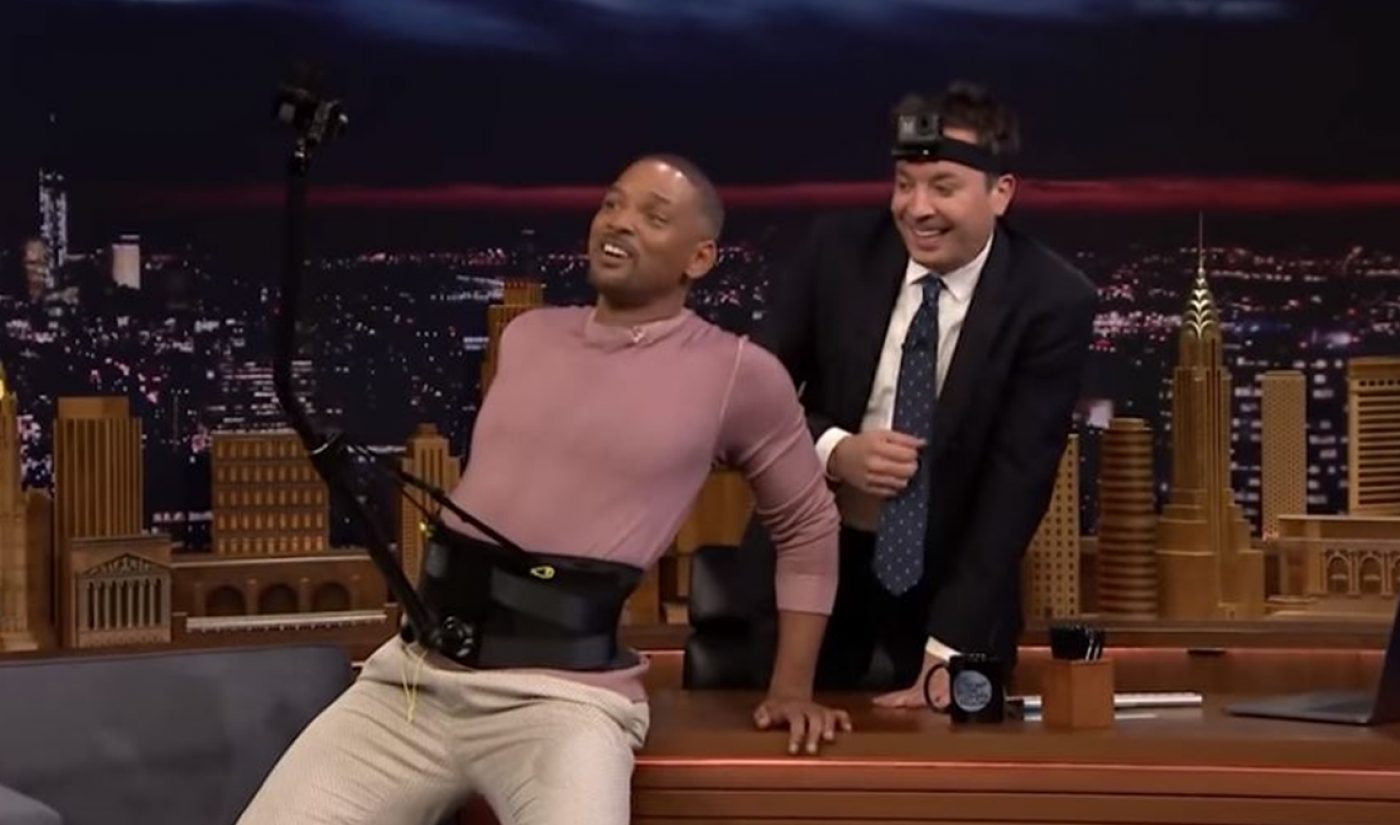 After launching his YouTube channel in December in conjunction with his Netflix blockbuster Bright, Will Smith has already surpassed 1 million subscribers — a milestone he celebrated last week during an epic appearance on The Tonight Show Starring Jimmy Fallon.

Though Smith officially crossed 1 million subscribers on March 8, he vlogged his appearance on Fallon with a Snorricam strapped to his waist, after which the host presented him with his Gold Play Button. To date, Smith has posted just 14 slickly-produced vlogs, in which he has shared anecdotes about Arnold Schwarzenegger, chronicled his travels to Australia, and faced his fear of the ocean. He has also collaborated with native YouTube stars, like Lilly Singh. In his latest video, he vows it’s just the beginning. “I got tons of stuff that I’m looking forward to doing.”

On Fallon, Smith spoofed all the gear that creators use in order to make their content pop, including the Snorricam, a head-mounted GoPro, and even a drone. Backstage, Fallon said Smith told him he had “gone YouTube stupid.” Check it out below:

In addition to YouTube, Smith is experiencing something of a digital renaissance across multiple platforms. Though critically panned, Bright was a major success for Netflix, which has ordered a sequel. Smith has also garnered fawning headlines for his Instagram account, which has amassed a cool 13.2 million followers on the strength of his smooth dance moves and eye-popping nature shots.

“I have platinum records and Grammys and all that, but I was really excited to get that Play Button,” he says at the end of his latest vlog. “But I heard Jimmy Fallon got a Diamond Play Button, so I need that.”