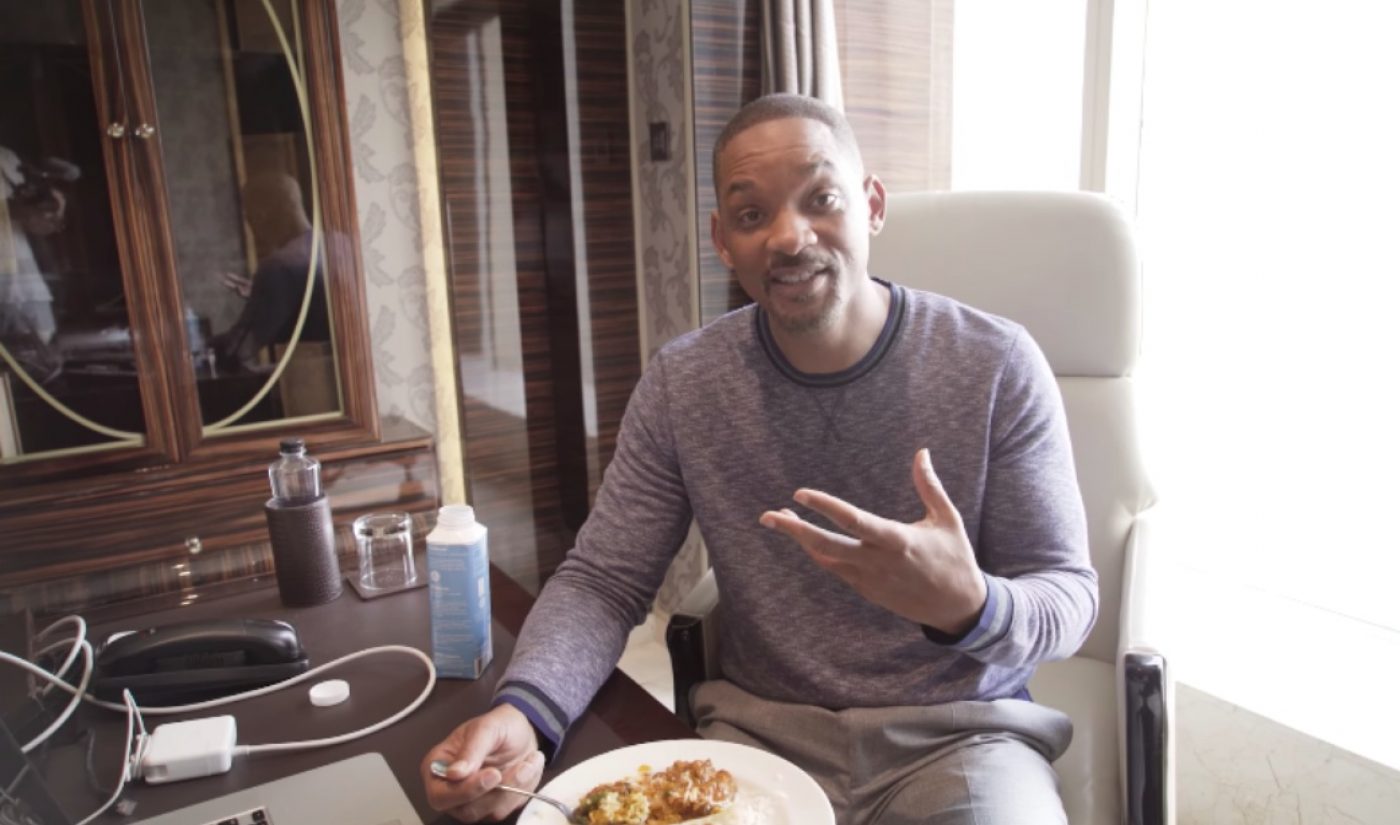 As it turns out, Will Smith‘s guest appearance on Lilly Singh’s channel came right at the start of his YouTube career. The Hollywood star has launched his own YouTube channel, on which he is sharing updates from his life.

Smith posted the first video to his channel on December 19 and has since uploaded two more clips. His initial vlogs mostly concern his new film Bright, which premiered last month on Netflix to scathing reviews.

In his latest bit of YouTube content, Smith offered a few highlights from Bright‘s international press tour, which has brought him to countries like India and China. Among other tidbits, Smith shares a piece of advice from Arnold Schwarzenegger, who helped him understand the international nature of film stardom. He also retells an amusing anecdote involving Tom Cruise and discusses his love of Indian food.

Smith is not the only A-lister to connect with his fans on YouTube. Most notably, Dwayne “The Rock” Johnson has more than 2.6 million subscribers on his official channel and releases new videos about once per week.

If Smith wants, he could be a major YouTube star, too. He certainly has the charisma for the job, and he possesses enough resources to put together a full schedule of high-quality uploads. The main question is whether Smith will have the desire to continue his uploading streak once he no longer has a movie to promote. If he does, he now has a home for any vlogs, collaborations, and sketches that many come into his mind.