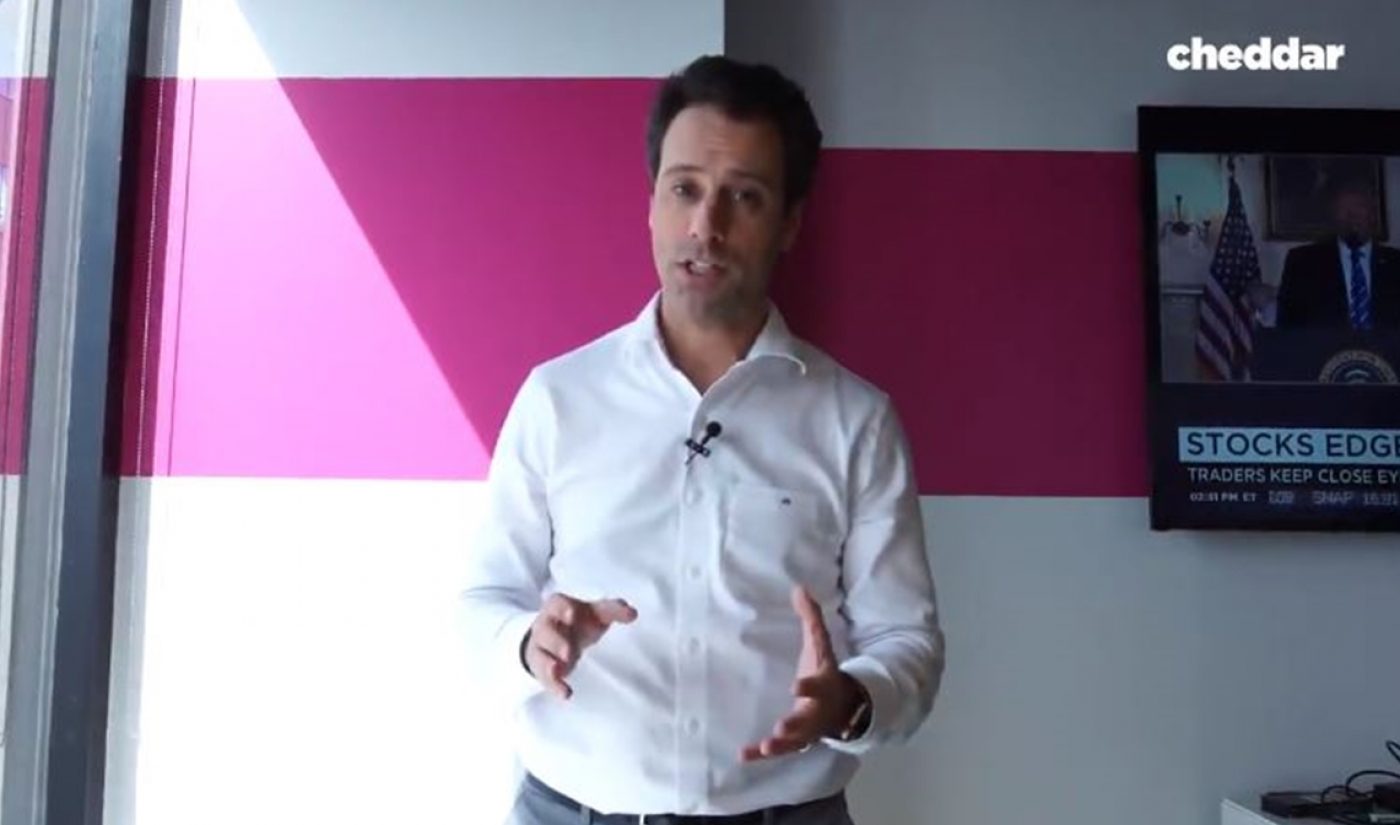 Streaming business news network Cheddar is adding to its venture capital arsenal with a new $22 million funding round, which the two-year-old startup will use to kickstart international expansion and launch a Snapchat Discover channel.

The Series D was led by Raine Ventures, The Wall Street Journal reports, and values Cheddar at $160 million, according to founder and CEO Jon Steinberg (pictured above). Other participants in the round included telecommunications giant Liberty Global; Antenna Group, which owns TV stations in Greece, Serbia, Slovenia, and Montenegro; Tokyo-based Dentsu Ventures; Goldman Sachs; Antenna Group; and 7 Global Capital. Cheddar had previously raised $32 million over the course of three funding rounds led by Lightspeed Venture Partners and Raine Ventures, and was most recently valued at $85 million. All previous investors also participated in the latest round.

Steinberg told the Journal that Cheddar posted $11.3 million in revenue last year, and anticipates $18 million in 2018 — most of which is derived from native ad deals with companies like Fidelity and E-Trade that purchase monthly packages starting at $125,000. Cheddar, which has 130 employees, also vends programming to other platforms and TV networks, like Fusion — though this only accounts for roughly 5% of revenues, according to the Journal.

Steinberg said that partnerships with Liberty Global and Antenna Group will amplify Cheddar’s distribution prospects abroad — although it remains to be seen whether Cheddar programming will be distributed across the companies’ linear television or OTT platforms. Funds will also go toward the creation of a previously-announced general interest news destination called Cheddar Big News, which is slated to bow next month — which is also when Cheddar is slated to launch its first Snapchat Discover channel.

“We are strengthening our already robust balance sheet with capital that we can use to bring our post-cable networks to Europe and beyond,” Steinberg said in a statement. “We own all of our IP and now is the time to monetize this asset globally.”