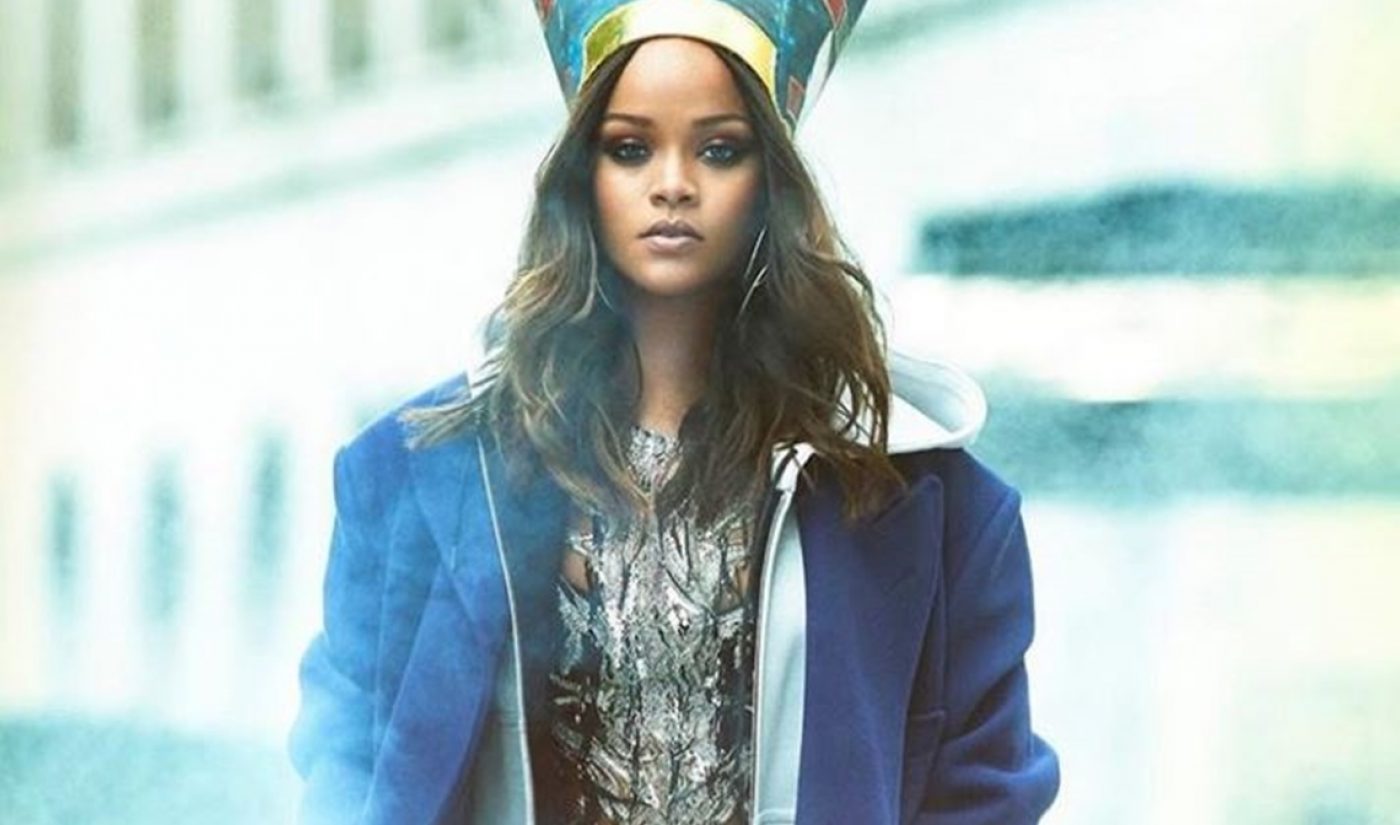 Following Kylie Jenner’s stock-plummeting admission that she no longer uses Snapchat in the wake of its widely-loathed redesign, yet another major celebrity is denouncing the app.

This time, Rihanna is criticizing Snapchat for an ad that appeared to make light of domestic violence. The ad, for a mobile game called Would You Rather?, features pictures of Rihanna and her ex-boyfriend — and assailant — Chris Brown, asking viewers whether they would rather slap Rihanna or punch Brown. Twitter user Royce Mann shared the ad on social media (below), which was subsequently condemned by the activist Brittany Packnett — and even Chelsea Clinton.

Rihanna responded with a lengthy post on rival platform Instagram Stories. “Now Snapchat, I know you already know you ain’t my favorite app out there,” she wrote. “I’d love to call it ignorance, but I know you ain’t that dumb! You spent money to animate something that would intentionally bring shame to [domestic violence] victims and made a joke of it.” Despite the fact that Snapchat pulled the ad on Monday, Rihanna was having none of it. “You let us down! Shame on you,” she wrote today. “Throw the whole app-oligy [sic] away.” You can check out a screencap of her statement in full right here.

“This advertisement is disgusting and never should have appeared on our service,” Snapchat told The Verge today in a statement. “We are so sorry we made the terrible mistake of allowing it through our review process. We are investigating how that happened so that we can make sure it never happens again.”

In the same way that Jenner’s comments caused Snap’s stock to fall 3% in 30 minutes, Rihanna’s rebuttal is having a similar affect, according to The Verge. Since her post on Instagram Stories, Snap’s stock has fallen nearly 5%.

Snapchat announced earlier today that it had hired Apple marketing wiz Lauren Gallo to serve as head of partnerships, where she will oversee all celebrity and influencer accounts. Clearly, she’s got her work cut out for her.

Is it just me, or is this ad that popped up on my Snapchat extremely tone deaf?  Like what were they thinking with this? pic.twitter.com/7kP9RHcgNG