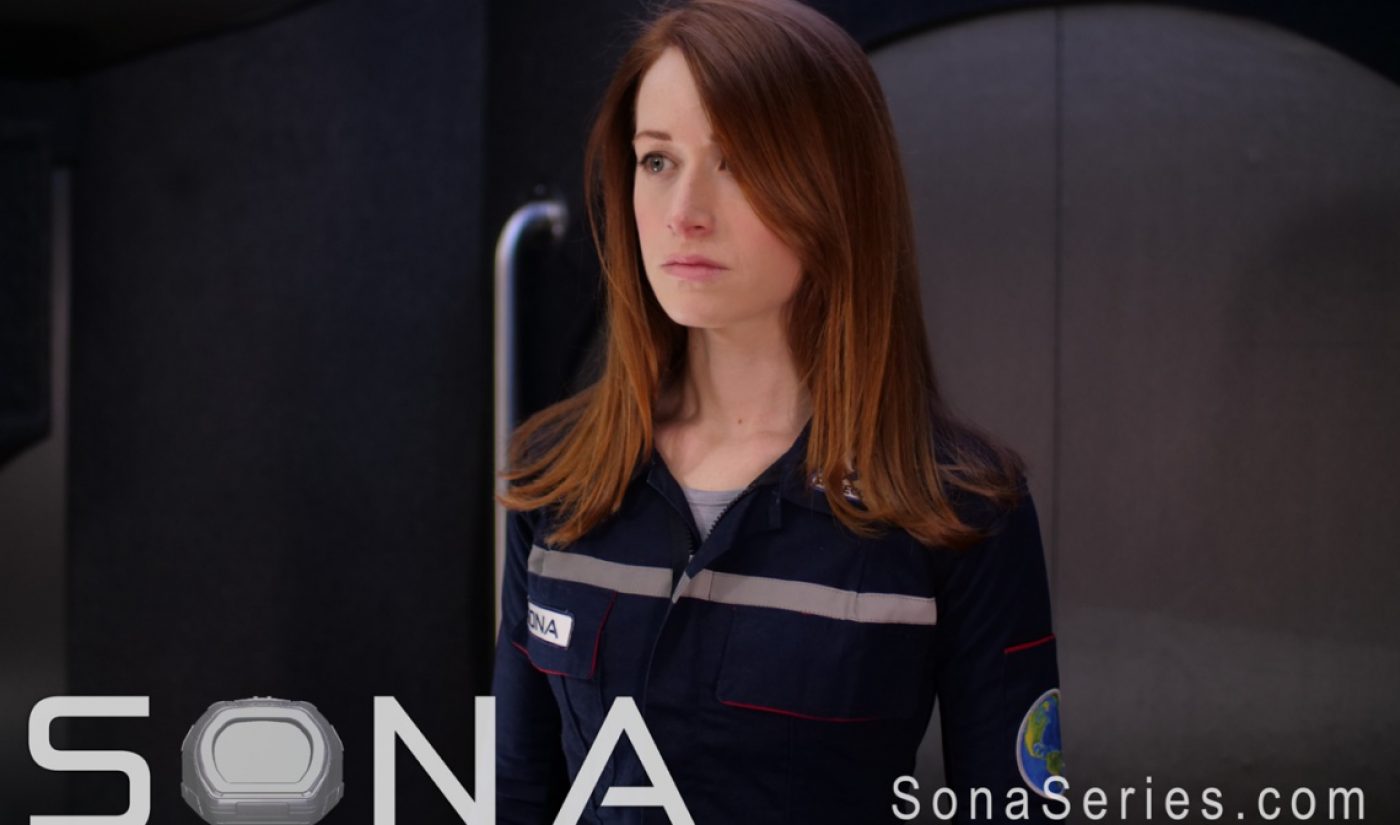 After appearing in multiple award-winning web series, Ashley Clements is now adding some behind-the-camera work to her resume. Through Kickstarter, the Lizzie Bennet Diaries star has raised “finishing funds” for Sona, an eight-episode sci-fi web series.

Sona will star Clements as a military officer who must survive in an escape pod in open space. Brendan Bradley, a veteran actor with nearly a decade of web series experience under his belt, will direct Sona and will co-star as the protagonist’s alien husband. At the time of this post, the project has raised more than $21,000, which is enough capital to ensure that all of its nine episodes will be funded.

Between 2012 and 2013, Clements portrayed Elizabeth Bennet in 100 episodes of the Emmy-award winning series The Lizzie Bennet Diaries. Her portrayal of the Pride and Prejudice heroine earned her a Streamy Award win in 2014. Later, she and Bradley teamed up as the romantic leads of Non-Transferable, a film written and directed by Bradley and sponsored by Turkish Airlines.

By creating her own series, Clements is taking another step forward in her career. “One of the hardest things about being in the entertainment industry is feeling like you’re waiting for other people’s permission to do what you love,” she wrote on Twitter. “Don’t wait. We didn’t.”

Having surpassed its Kickstarter goal, Sona is on its way. Any additional money raised via crowdfunding will go toward a number of additions to the show, including an extra scene, a celebrity cameo, and a tie-in graphic novel. At the top of the stretch goal totem pole is a feature film, which Clements and Bradley plan to shoot should their project raise more than $272,500.