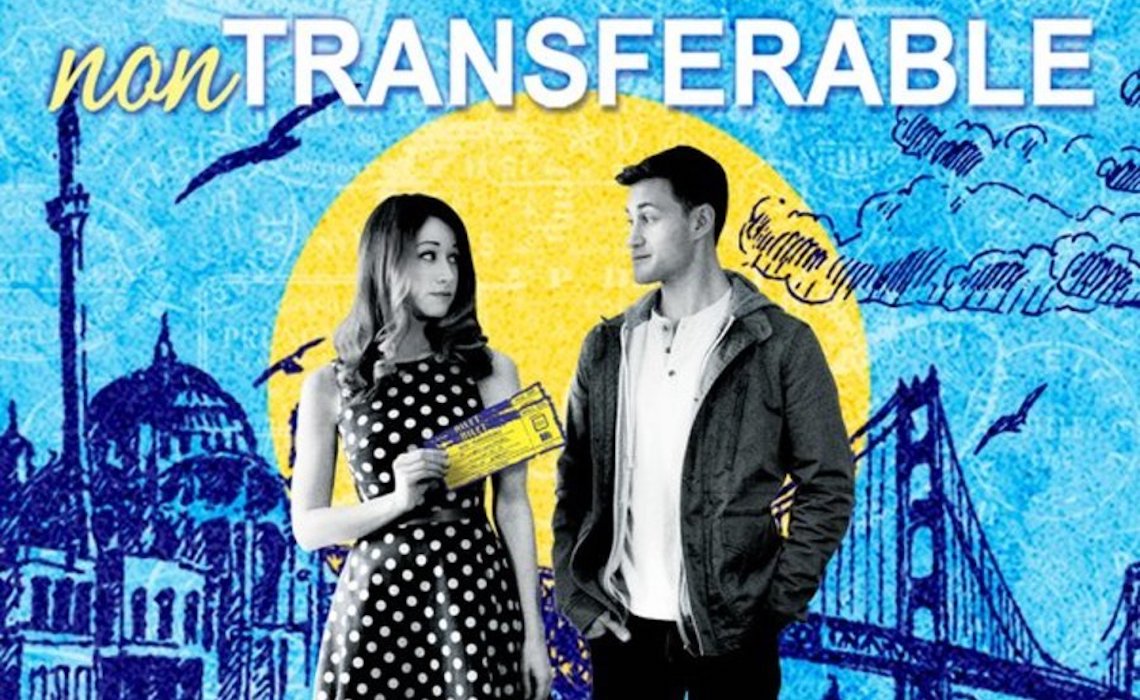 A rom-com script featuring the former Lizzie Bennet, revived by an unlikely but true Buzzfeed story, and partly financed by Turkey’s tourism board is hoping its good fortune continues to transfer today as it helps launch a new distribution platform delivering 4K-resolution streams through a single click on social-media sites.

Brendan Bradley wrote the script for Non-Transferable several years ago, creating a fairly traditional take on a rom-com with an unlikely “meet cute.” The protagonist buys non-refundable tickets for a big overseas trip to surprise her boyfriend on their anniversary. He, however, breaks up with her, leaving the protagonist with a broken heart and non-transferable tickets in someone else’s name. She advertises for another guy with the same name and, well, you can probably guess how the rest unfolds.

Except that seemingly everything else about the film has been anything but traditional. First, that unlikely setup in Bradley’s script actually happened in real life a few years later, though the jilted lover in the real story was a Canadian guy who went on Reddit so his ex’s around-the-world ticket wouldn’t go to waste. When a BuzzFeed story about the offer went viral, Bradley’s rom-com script with an unlikely twist suddenly had new life.

At the same time, Bradley reached out to tourism boards at various countries, inspired by the “familiarization” junkets that many countries finance to get travel journalists to visit and write about their attractions. If it was good enough for print journalists, why not filmmakers, he said.

Bradley hit the jackpot when Turkey’s tourism department embraced the idea, in part because Turkey owns its own airline (the trailer for the flick debuted on the Turkish Airlines YouTube channel), so it could easily cover the significant cost of bringing the production crew to the country. Other sponsors included Land Rover and a Turkish luxury hotel chain.

Bradley, who produced and co-stars in the film’s lead roles with fellow producer Ashley Clements (the afore-referenced star of The Lizzie Bennet Diaries), also directed. And he did location scouting using Google Earth, finding locations even his Turkish government guides said they didn’t know. After three pell-mell weeks of shooting in lush spots across the country’s stunning western end, they wrapped up the project and considered self-releasing the film about this time last year.

Sales agents talked them out of self-releasing, but then the search for a sales representative ran into bigger world realities, showing the downside of partnering with an entire country. An attempted coup in Turkey last summer was quashed, followed by harsh and wide-ranging government reprisals. Bradley said he was frustrated that many possible partners pulled back and – because of strong negative reactions to the coup and government response – declined to be involved in the film.

Ultimately, however, the delay worked out, as Bradley and Clements ended up signing with Lightning Entertainment Group.

Lightning has placed the film on “all digital windows” in the United States as of today, other than iTunes, where it will debut in a couple of weeks, said CEO James Walker. Lightning also is selling the film in traditional international markets, including the American Film Market last fall and this week’s Berlin Film Festival.

But non-traditionally, Lightning is also using Non-Transferable to launch a push-marketing tool that it calls the eTicket, which can be distributed through messaging apps, email, and social media, connecting an interested viewer with one click to pay for and begin watching the movie. The service was created in partnership with UltraFlix and Swig Media.

UltraFlix provides a library of 4K films through front-end apps on digital services and 4K Smart TVs, while Swig provides the back-end technology powering their digital delivery. The eTickets are designed to make it easy to share and sell a film, which can also be viewed in other settings once it has been bought.

“eTicket brings content one click away from the audience,” said Ivan Gulas, who is CEO of both UltraFlix and Swig. “It can be wrapped with a branded image. You can give it as a gift.”

Together, they’re aggregating and distributing Ultra HD content shot in 4K resolution (it’s four times sharper than HD content). The Consumer Technology Association said about 10 million Ultra HD TV sets were sold in 2016, and project another 15 million will be sold this year. Traditional pay-TV networks have been slow to embrace the format, given its bandwidth demands, but services like what Lightning, UltraFlix, and Swig are providing hope to serve a burgeoning demand for 4K content.

Now the only thing Bradley and Clements need to figure out is whether Non-Transferable business and tech deals will end up with as happy an ending as the film itself.