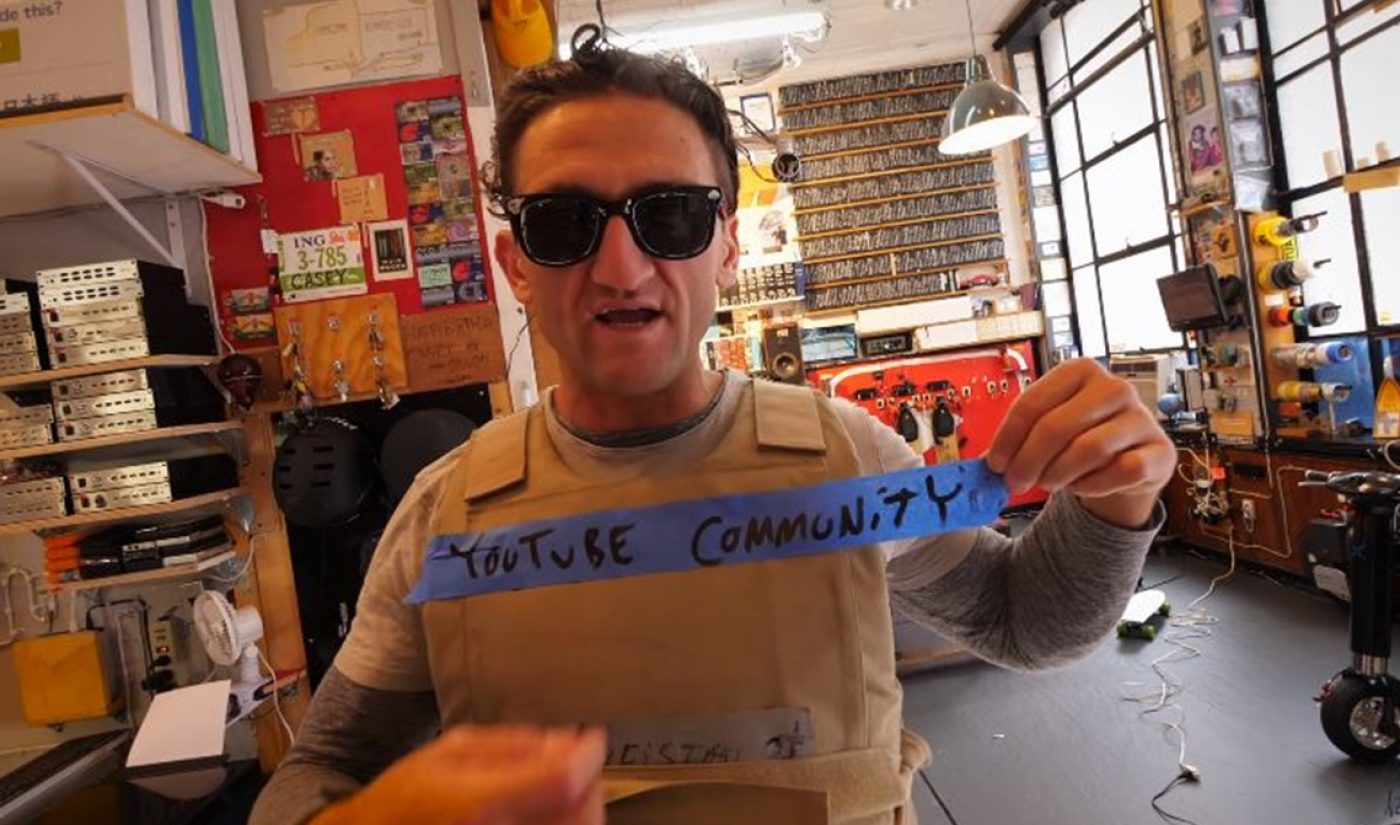 One of YouTube’s biggest stars, Casey Neistat, posted a sit-down vlog today in which he took the video giant to task for not doing enough to support its creator community.

The admonishment arrives after Neistat said that a second video on his channel — this time an innocous travel vlog featuring an interview with the president of Indonesia — had been unfairly demonetized. (YouTube subsequently reversed the decision). Earlier this month, YouTube earned the ire of top creators when a separate video by Neistat announcing a fundraiser in the wake of the Las Vegas shooting had also been demonetized — which YouTube said was because it does not vend ads against any videos about tragedies, regardless of their intent.

In Neistat’s latest retort, titled Demonetized Demonetized Demonetized, he says point blank: “I genuinely don’t feel YouTube does enough to take care of and look after their community.” While he acknowledges that he is grateful to the platform, hopes it continues to succeed, and believes that the company’s leadership executives — many of whom he knows personally — believe in their hearts that they are doing the best that they can, “I just don’t agree with them,” he says.

Check out Neistat’s thoughts in full below:

Neistat says his personal issues with YouTube in recent weeks have served as a catalyst for fellow creators to express their own grievances about the platform — primarily with respect to the ‘Adpocalypse‘, which he says has resulted in some of his friends seeing their earnings plummet by as much as 80%. And while YouTube’s response to advertisers was loud and clear in the face of the Adpocalyse, he says that the site should be more transparent with creators, many of whom continue to feel left in the dark about why their videos are being demonetized.

Given that “community is the one thing that none of YouTube’s competition has,” Neistat has some suggestions for the company about how to ensure that this critical contingency doesn’t stray to a competing platform. These include: making it possible for creators to sell their own ads in the same way it does for small number of partners, sharing more information about how it compiles its ‘Trending’ feed, giving creators the option to be compensated in Google stock, and celebrating creators more publicly.