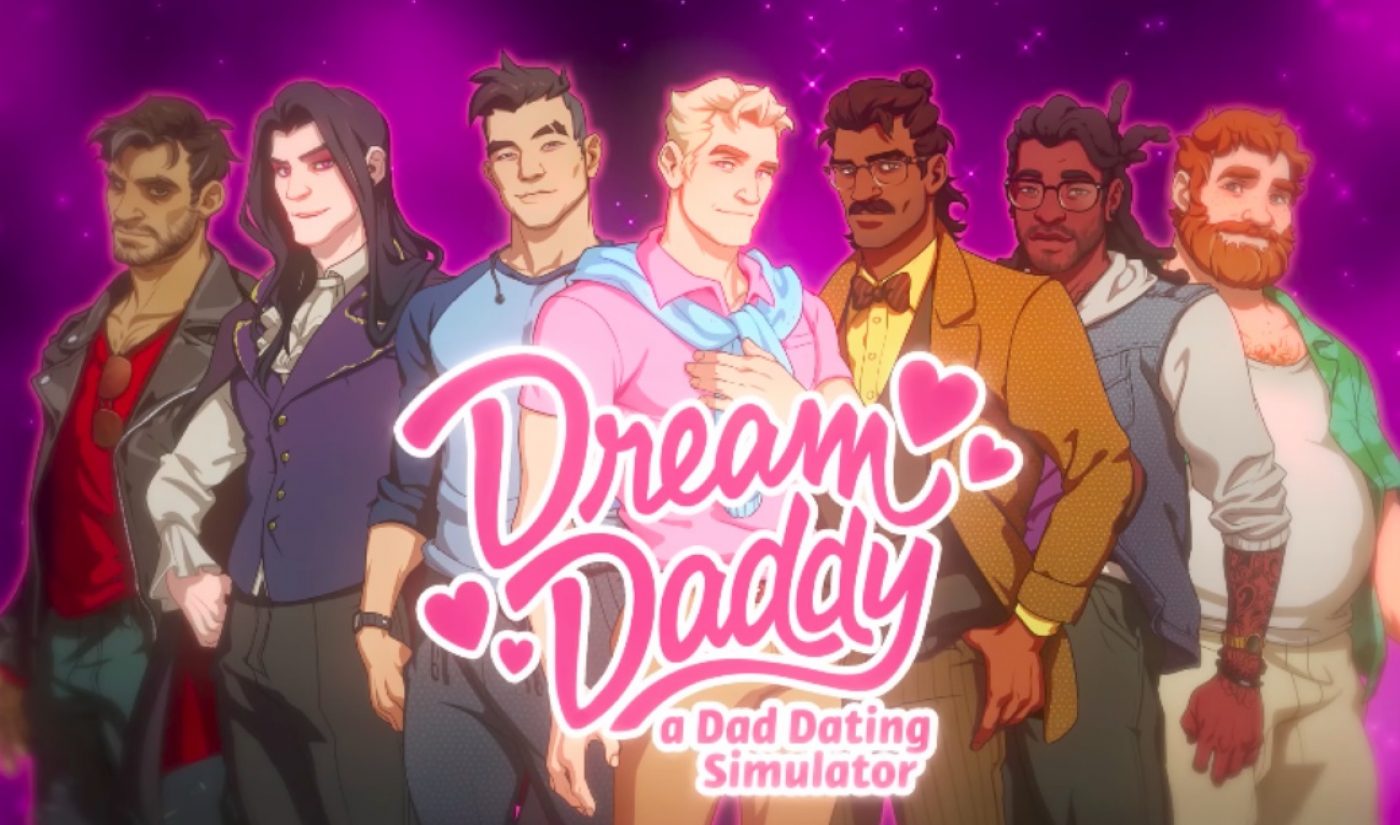 How does a video game about desirable dads become the buzziest indie title of the moment? The support of a top YouTube channel certainly helps.

On July 20, Dream Daddy — a gay dating simulator published by Game Grumps — arrived for players, and since then, it has experienced a wave of viral popularity. It quickly became the top-selling title on Steam, and as of this post, it continues to draw considerable attention.

Guys, @dreamdaddygame is currently the TOP SELLER ON STEAM!!! Thank you all for supporting our first game – you guys are the best! pic.twitter.com/WcC5emZDfX

In Dream Daddy, you play as a guy who has just moved to a new neighborhood with his teenage daughter. Once there, you must interact with all the other dads in your area and build up relationships with them. Romance can follow, if you’re into that, but Dream Daddy also gives its players space to explore themes like fatherhood, male bonding, and friendship. You can see the game on display in a sparkly, colorful trailer posted to the Game Grumps YouTube channel:

Game Grumps, hosted by Arin Hanson and Dan Avidan, has close to four million subscribers on YouTube, and the channel’s popularity certainly helped Dream Daddy writers Vernon Shaw and Leighton Gray promote their game. That said, Dream Daddy has become a phenomenon outside of the YouTube world. It has received strong reviews from the gaming press and has successfully capitalized on the ubiquity of the word “daddy” on the internet.

Dream Daddy is now a bonafide phenomenon, with top YouTube gamers like Markiplier, jacksepticeye, Mini Ladd, and iHasCupquake launching series dedicated to it. For the Game Grumps, it must be a dream come true.