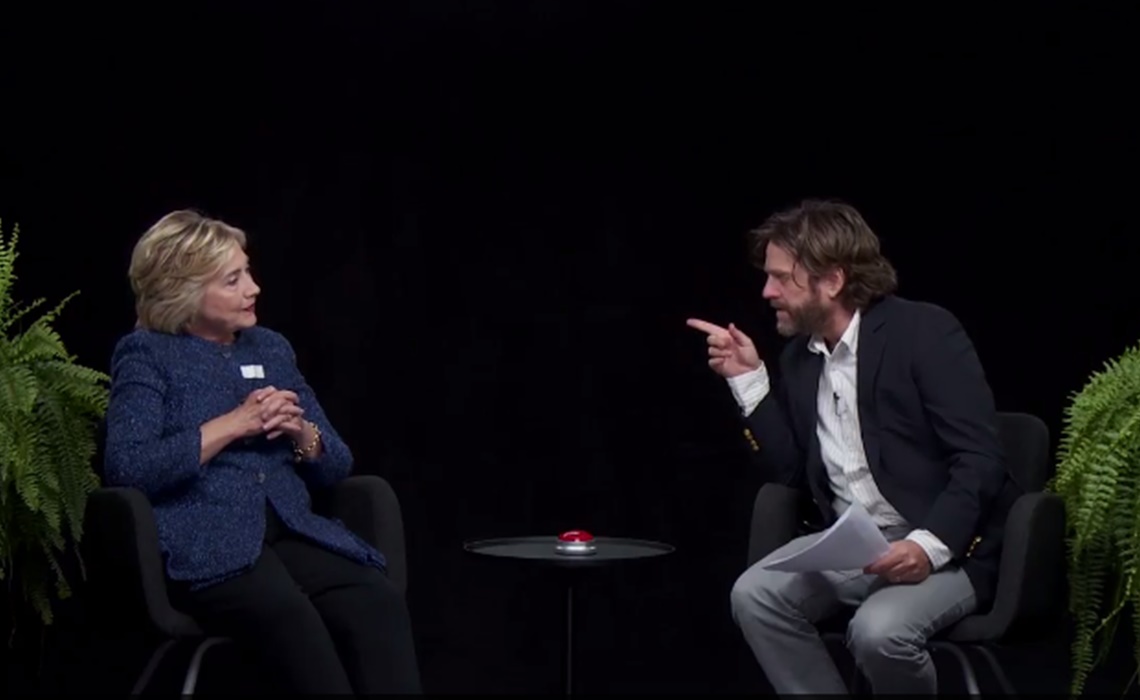 Once upon a time, Between Two Ferns was a Funny or Die fixture and a Streamy Award winner for Best Comedy Web Series. These days, the Zach Galifianakis-hosted talk show parody is only dusted off for special occasions, and the program’s most recent episode fits that bill. Galifianakis’ latest guest is presidential candidate Hillary Clinton, who trades insults with the Hangover star.

In the awkward, cringey manner of a typical Between Two Ferns exchange, Galifianakis gets Clinton’s thoughts on the prospect of a female President, asks her about her challenger Donald Trump, and gives her a chance to discuss gender double standards. While Clinton mostly plays the straight woman in the video, she gets a few opportunities to throw in some sarcastic quips and sardonic smiles of her own.

By showing up on Between Two Ferns, Clinton seems to be taking a page out of Barack Obama’s book. The President famously chatted with Galifianakis to promote his universal healthcare plan. Within days, Funny or Die became one of the top referrers to heathcare.gov.

Clinton doesn’t quite have the comic timing the President possesses, but she’s self-assured and confident enough in her role, so perhaps she too will see a Between Two Ferns bump. At the very least, she’s received a chance to speak in the language of her opponent: insults.