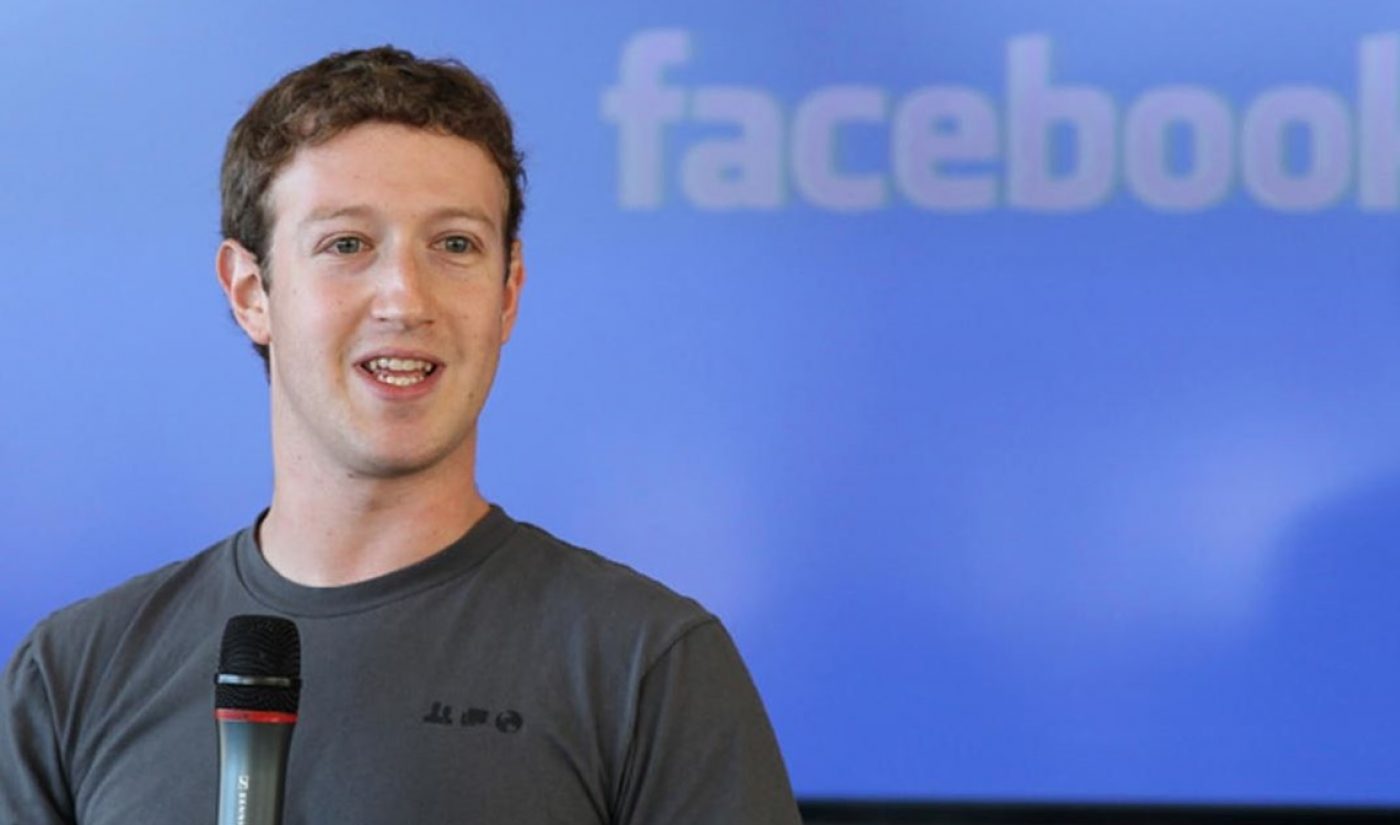 Facebook CEO Mark Zuckerberg decided to celebrate the revamp of the social network’s Live service with — what else? — a live stream on his flagship Facebook page this afternoon. However, the inaugural broadcast showcased the rough-hewn nature of the medium, as Zuckerberg reportedly bolted offscreen less than a minute into his stream.

“Can you hold on one sec?” Zuckerberg said at the start of the clip, according to The Wrap, before promptly disappearing. The video remained on his page for about half an hour, where it then accrued almost 400,000 views.

Shortly thereafter, Zuckerberg followed up with another stream that went off without a hitch and has thus far amassed more than 2 million views. Surrounded by the team who built Live, Zuckerberg ran through the product’s updated features, which include new search functions, emoji reactions, and group streams. And he also shared a telling glimpse into potential monetization plans.

When asked about whether Live might change the way that artists can share their work, Zuckerberg offered, “Over time, we want to make it so that this can grow into a sustainable way that a lot of independent artists can make a living and make money as well. And I think that there’s some pretty clean ways that we’ll be able to do that — to support the whole artistic community,” he said.

These changes aren’t necessarily imminent, however. While today’s priorities simply include getting more people to use and watch Live, he said, “we’ll work on some of these business model pieces over the coming months.”

Zuckerberg also shed some light into the company’s recent acquisition of MSQRD, an app that creates live filters not unlike Snapchat’s lenses, and which will now build filters that Facebook users can apply to live videos as they’re being captured. (Zuckerberg’s personal favorite happens to be MSQRD’s Iron Man mask.)

Check out the live stream in full below:

Live from Facebook HQ for the Live video launch!