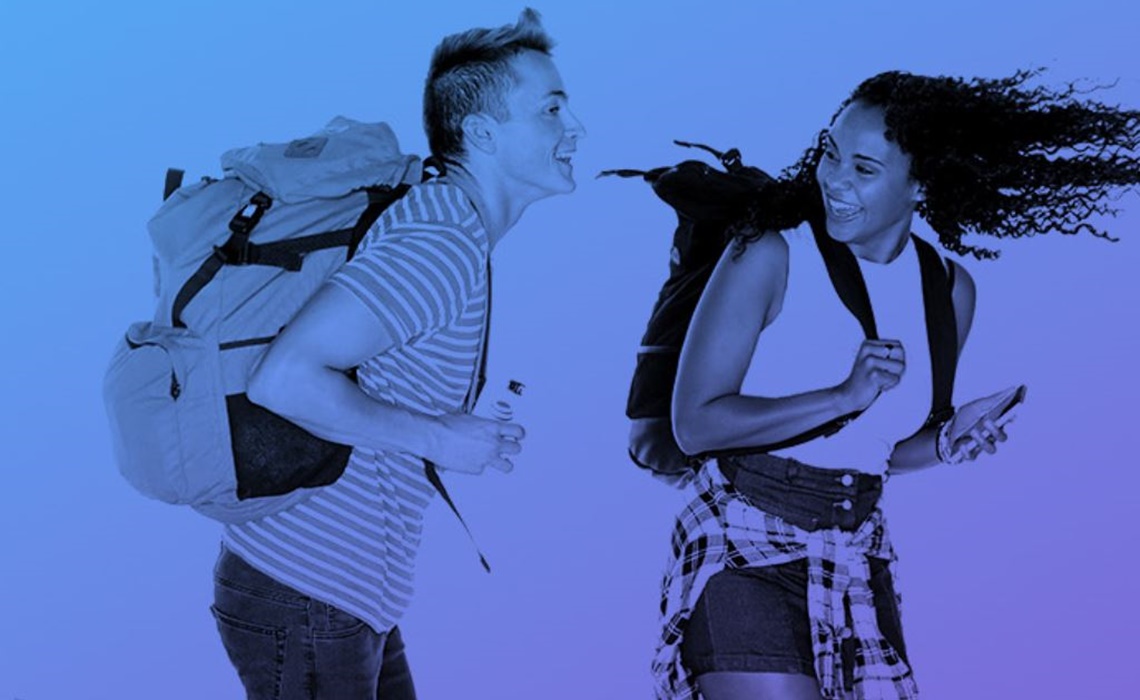 AT&T has premiered the very first series from Hello Lab — a unique program in which the mobile giant will partner with 10 digital creators over the course of the next year to fund an array of content initiatives shot on mobile phones over the AT&T network.

That first show, titled Dare To Travel, comes care of Damon and Jo — two best friends who launched their own YouTube travel channel (which is now 229,000 subscribers strong) in 2012. The series that the duo has created for Hello Lab will see their travels guided by viewers, who will submit challenges and suggest adventures for them to complete in each of the eight North American cities that they will visit. In turn, viewers are also encouraged to complete and share their own feats via social media.

In the first episode in Portland, Ore., for instance, Damon and Jo — equipped with AT&T-branded backpacks and a deck of cards from which they will choose dares — must create a photo collage of local sights and then somehow convince a restaurant to gift them a free meal. Check it out right here:

Damon and Jo were chosen as the first creators to kick off Hello Lab, explained Liz Nixon, AT&T’s director of emerging and social media marketing, because they are prime examples of “entrepreneurs and creators that are using mobile to disrupt a category — travel shows.”

“They are storytellers who already do a great job of including their fans in the creative process,” Nixon added, “which is something that was also important to us as we selected collaborators.”

Other creators in the program — many of whom are repped by Fullscreen, which is a partner in the initiative and which is owned by Otter Media, a joint venture between AT&T and The Chernin Group — include Grace Helbig, Us The Duo, Collins Key, Brandon Armstrong and Shaun McBride.

For their part, Damon and Jo, who describe themselves as “two broke twenty-somethings” who met in college with a passion for travel, said that being a part of the Lab has catapulted their careers to the next level. “Any time an influencer links up with a brand with a household name,” the duo told Tubefilter, “the partnership takes your channel and career from a YouTube channel for fun to a Youtube channel that is a fully-functioning business.”

They added that the long-term partnership with AT&T offers more creative freedom than a one-off brand deal. “It doesn’t happen very often that a brand approaches you and simply asks, ‘What do you want to create?’ So hearing that was a nice surprise.”

While Hello Lab participants are using AT&T devices and the network to create any ensuing videos, podcasts, meetups and other content formats, at its core, the initiative is intended to help creators connect with their fans, Nixon explained.

“’Hello’ is an easy way to start a conversation,” she said, “and that is exactly what we are doing with this project.”