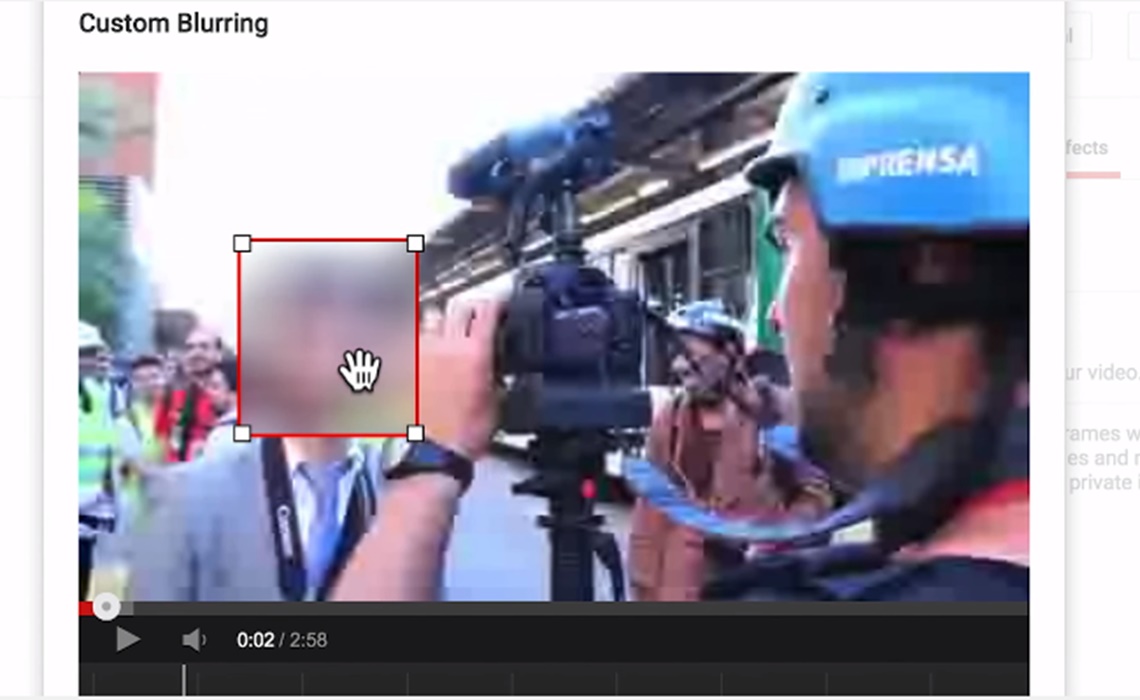 YouTube has provided a new option for uploaders who wish to protect the anonymity of individuals within their videos. The video site has announced an update to its blurring feature, which is now able to blur specific objects as they move across the screen.

YouTube users have been able to blur faces since 2012, but the site’s new update greatly increases the breadth of blurring options. Previously, users were limited to a single tool, which would recognize faces within the chosen video and blur them automatically. This tool was limited by the inconsistency of facial recognition software, which, as YouTube put it in 2012, is sometimes affected by “angle, lighting, obstructions and video quality.”

The updated version of the blurring feature is much more precise. Users can select specific objects within their video and choose to obfuscate only those objects. The blur effect follows the chosen objects as they move across the screen, thus keeping them hidden without obscuring the rest of the video.

The blurring tool is primarily intended for reporters and eyewitnesses who wish to protect the identities of their sources or subjects. As such, it is part of YouTube’s broader initiative to promote citizen journalism and the people who create it. “YouTube is proud to be a destination where people worldwide come to share their stories, including activists,” reads a YouTube blog post. “Along with efforts like the Human Rights Channel and Citizentube that curate these voices, we hope that the new technologies we’re rolling out will facilitate the sharing of even more stories on our platform.”

Beyond the world of journalism, the blurring feature has some other secondary uses. It could, for example, be used to obscure the logo of a brand that would otherwise claim trademark infringement. That may sound silly, but given the recent controversy swelling around YouTube’s video claiming policy, some users may find the new blurring feature to be a relevant legal aid.