The Fine Bros Are At War With The Internet 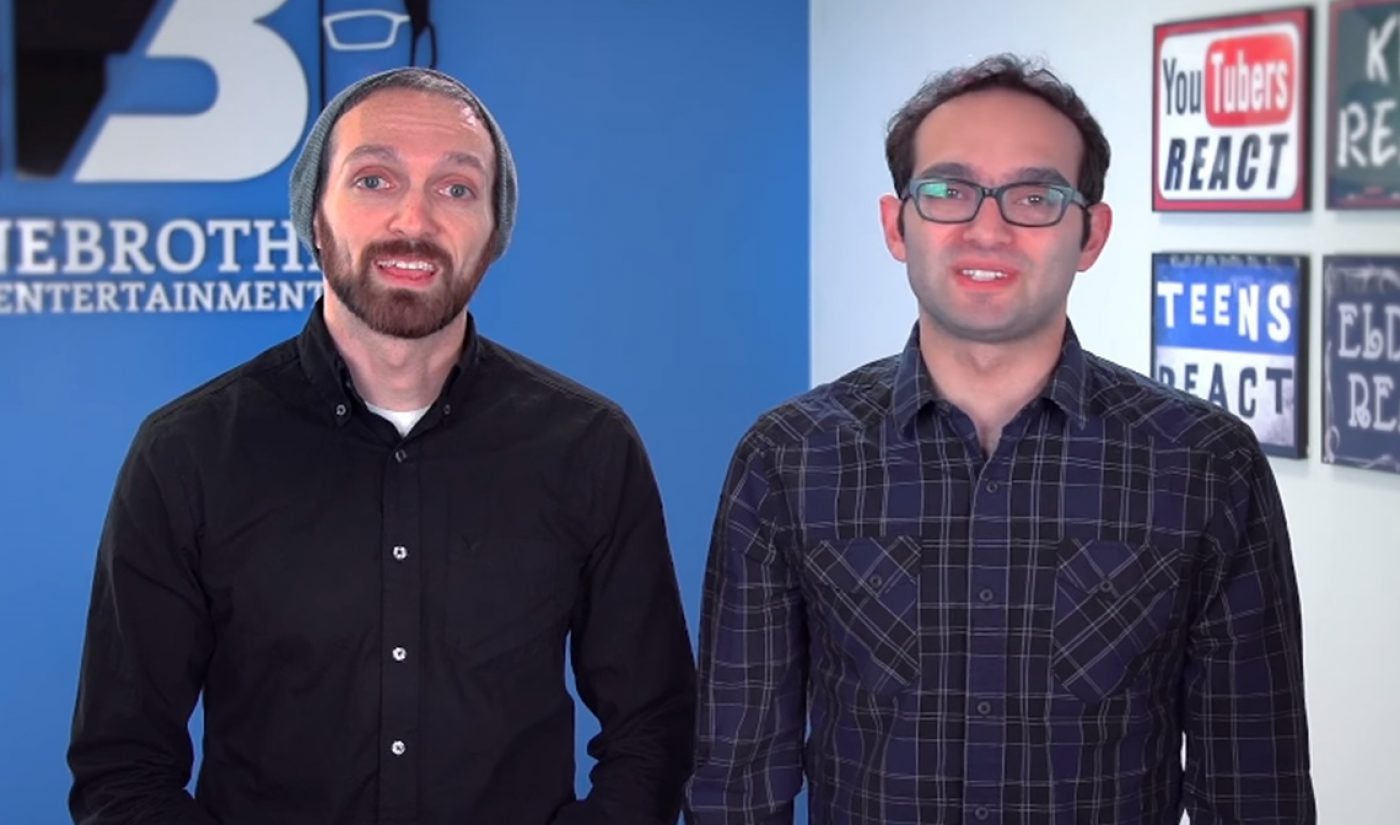 On January 26th, Fine Bros Entertainment (FBE) announced a new program called React World. In an introductory video they released on that day, Benny and Rafi Fine explained the services React World offers and the reasoning behind it. The essential goal is to expand the Fine Bros brand worldwide by inviting international creators to license the specific React formats for which FBE is famous. Beyond sharing the assets for their shows, Benny and Rafi pledged production and promotional support to the creators who work with them.

Within days, the React World announcement drew significant backlash on the Internet. In particular, Reddit’s /r/videos subreddit picked it up as a crusade du jour and bombarded the forum’s front page with videos criticizing FBE. The most popular arguments against Benny and Rafi concern their perceived attempt to trademark a format over which they hold no legal control, their history of legal fights against other “reaction” creators, and the disingenuous nature of their anti-corporate message. The takeaway is clear: The Fine Bros messed this one up.

In breaking down the vitriol React World has inspired, it’s easiest to go argument by argument. The most common talking point offered by the anti-Fine Bros crowd notes the old age of the “reaction” video. It’s a format that predates YouTube, going back to TV shows like Kids Say the Darndest Things and I Love the 80s. The basest hypocrisy of The Fine Bros, then, is that they are looking to trademark a format that itself only survives because it is allowed to respond to other, copyrighted works thanks to the doctrine of fair use.

This point is one The Fine Bros have responded to in comments on Facebook and YouTube. “We do not hold a copyright on reaction videos overall. No one can. It isn’t something you can copyright,” reads a Facebook post written by the two brothers. “We are not going after/shutting down/sueing anyone who makes reaction based content. We are licensing our specific shows and their structural elements.”

What Goes Around, Comes Around

If The Fine Bros had a squeaky clean reputation on the Internet, the second part of that statement would make a lot of their haters go away. After all, they’re not the first creators to launch a revenue-sharing program with their fans–Smosh Games did the same thing in 2013–but they’re getting called out because they have a history when it comes to takedown notices.

Several creators, including 8-Bit Eric, have used the recent controversy as a chance to discuss copyright strikes they received from Fullscreen (The Fine Bros’ partner network) for reaction videos they released on their respective channels. In 2014, The Fine Bros directed their fans to admonish Ellen Degeneres because of a reaction segment aired during her TV show. The Facebook post related to that incident has since been deleted, but nothing ever goes away forever on the Internet.

These are not isolated incidents, either. Multiple other creators have emailed Tubefitler about legal battles they’ve had with FBE over reaction videos on their channels. There is enough evidence to accuse FBE of wielding its copyright hammer more liberally than it should against creators who are protected by fair use. Fullscreen has even gone as far as to issue strikes against recent videos criticizing The Fine Bros. That’s a bad look for both FBE and Fullscreen, and when Benny and Rafi say they don’t have plans to go after reaction-based content, their active history makes it hard to believe them.

Because of who The Fine Bros are, and because their history of legal action has affected a lot of people within the online video industry, the backlash against them has spread to the YouTube community. Any sort of digital media controversy will inspire critics, but what’s fascinating about this particular kerfuffle is the people involved in it. The anti-Fine Bros contingent doesn’t just include big names; it includes creators who aren’t normally demonstrative about this sort of stuff, such as CGP Grey, FilmCow, and Cyanide and Happiness.

“This is bringing that corporate media mindset into YouTube.”

Even considering the history mentioned above, The Fine Bros still could have made it through their React World announcement unscatched, were it not for a poorly-worded message. An international fan community of react videos is not particularly problematic in itself, and again, it resembles other programs launched by big-time YouTube creators in the past.

Benny and Rafi misstepped, though, when they started talking about their desire to uphold the independent, do-it-yourself, anti-corporate spirit on which the YouTube community was founded. “As digital media has become more corporate, our company strives to remain true to new media ideals of doing,” the brothers said in a press release accompanying their React World announcement.

To frame React World that way is, simply put, disingenuous. One of the more even-keeled responses to The Fine Bros came from the always well-spoken Boogie2988, and while his tone was not particularly inflammatory, even he had no defense for the decision to frame a corporate enterprise as an expression of new media spirit.

“This is as ‘traditional Hollywood’ as you can possibly get…this is bringing that corporate media mindset into YouTube, and that’s a very scary place to be. And look, we don’t need bigger brands, we need smaller brands. YouTubers like me are already competing with Jimmy Fallon and Jimmy Kimmel and The Ellen Show and Vimeo…we’re competing with brands and we’re losing. And then you’ve got these big-brand YouTubers…they’re hard to compete with. They’re almost impossible to compete with. This brings in more of that.”

A quick aside: If you only watch one video related to this entire controversy, make it Boogie’s.

A React World Too Big

It’s important to remember that React World itself isn’t really the problem here; it’s merely the last straw. For years, The Fine Bros have tread upon thin ice of active copyright policing and pro-Team Internet language that, in light of recent events, now feels more hollow. The wave of negative response and lost subscribers that has hit them (more than 115,000 people unsubscribed from the main Fine Bros channel on January 31st alone) is the result of that ice breaking beneath them.

The lesson to take from all of this, then, is simpler than anything to do with the notoriously complicated field of digital copyright law. It’s that Internet fame can very easily lead to an increased sense of self-worth, for better and for worse. When, in their React World announcement, Benny and Rafi discuss their hopes that their React videos will survive for several generations as historical artifacts of the current era, it’s clear that the popularity of their videos has had a negative impact on the Fine’s understanding of their importance. What started as a cute web series based around the filter-free nature of children has morphed into something far grander than it should be.

I’m a Fine Bros subscriber, not just because I cover them for my job, but because I honestly enjoy their videos. The React series, and all the related shows it has spawned, are in most cases light and fun and crisply-edited. Kids are entertaining. So are elders who struggle to understand modern pop culture trends. So are YouTubers.

The lightness of its entertainment is the most important quality React possesses. Just because it is a popular series that attracts millions of subscribers and billions of views does not mean it needs to become anything deeper than what it began as. The Fine Bros did not recognize that truth, or if they did, they ignored it in their pursuit of a bigger, stronger business.

I would imagine that some people who will read this work with big-name YouTube stars. Others aspire to achieve that sort of success for themselves in the future. Those people would be wise to always remember where they started, and they should keep in mind that actions have consequences–even if it may be several years before those consequences show up.